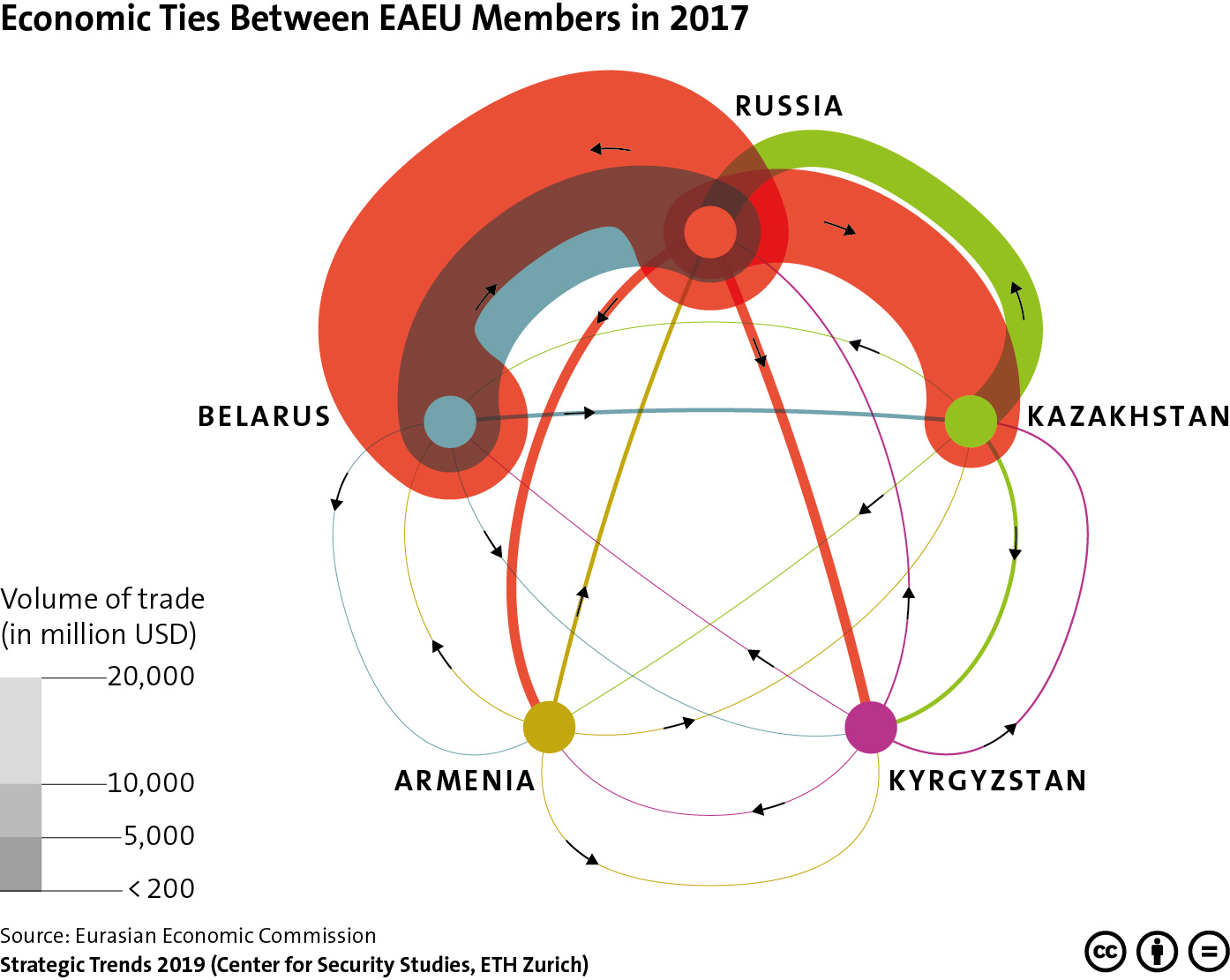 This graphic maps the volume of trade between members of the Eurasian Economic Union (EAEU), including Russia, Kazakhstan, Kyrgyzstan, Armenia and Belarus. For an analysis of the role the EAEU plays in Russia’s Eurasian strategy, see Jeronim Perović’s chapter in Strategic Trends 2019 here as well as the Russian Analytical Digest (RAD) No. 247: Eurasian Economic Union here.

END_OF_DOCUMENT_TOKEN_TO_BE_REPLACED

This article was originally published by the Combating Terrorism Center on 27 July 2016.

The Islamic State will struggle to hold onto the governments it builds and the territory it captures outside of Syria and Iraq because it antagonizes local jihadist competitors and powerful non-Muslim states. The Islamic State could soften its antagonism toward these entities for the sake of expediency, but then it would no longer be able to recruit followers as the uncompromising champion of the global jihadist ideal.

Since it announced its caliphate in the summer of 2014, the Islamic State has taken on 17 affiliates or “governorates” that operate in 12 countries outside of Syria and Iraq. Many of the governorates were preexisting jihadist groups or factions that joined the Islamic State because they identified with its antagonism toward local jihadist competitors and its unyielding animosity toward non-Muslim nations. Yet this hostility subsequently limits the group’s ability to build governments or take territory beyond the confines of Syria and Iraq. In most countries where the Islamic State has planted its flag, its aggression prompted powerful local jihadist rivals[a] or international foes to check its advances. The Islamic State could soften its antagonism to one or the other for the sake of convenience, but this would compromise its recruiting ability and tarnish its reputation as the uncompromising champion of the global jihadist ideal.