This article provides an overview of the forthcoming article “Can Terrorism Abroad Influence Migration Attitudes at Home” by Vincenzo Bove, Tobias Böhmelt  and Enzo Nussio. It was originally published by the American Journal of Political Science on 6 December 2019.

Over the past few years, political leaders in Europe and elsewhere increasingly link the risk of terrorism to immigration. This includes moderate politicians in countries targeted by terrorism such as the German Chancellor Angela Merkel as well as leaders of states that are less frequently hit by terrorist attacks, such as the Polish president Andrzej Duda.  In this context, our article investigates the impact of terrorism on immigration attitudes across Europe. Specifically, we ask whether terrorist attacks can propagate migration concern from targeted countries to their neighbors.

END_OF_DOCUMENT_TOKEN_TO_BE_REPLACED 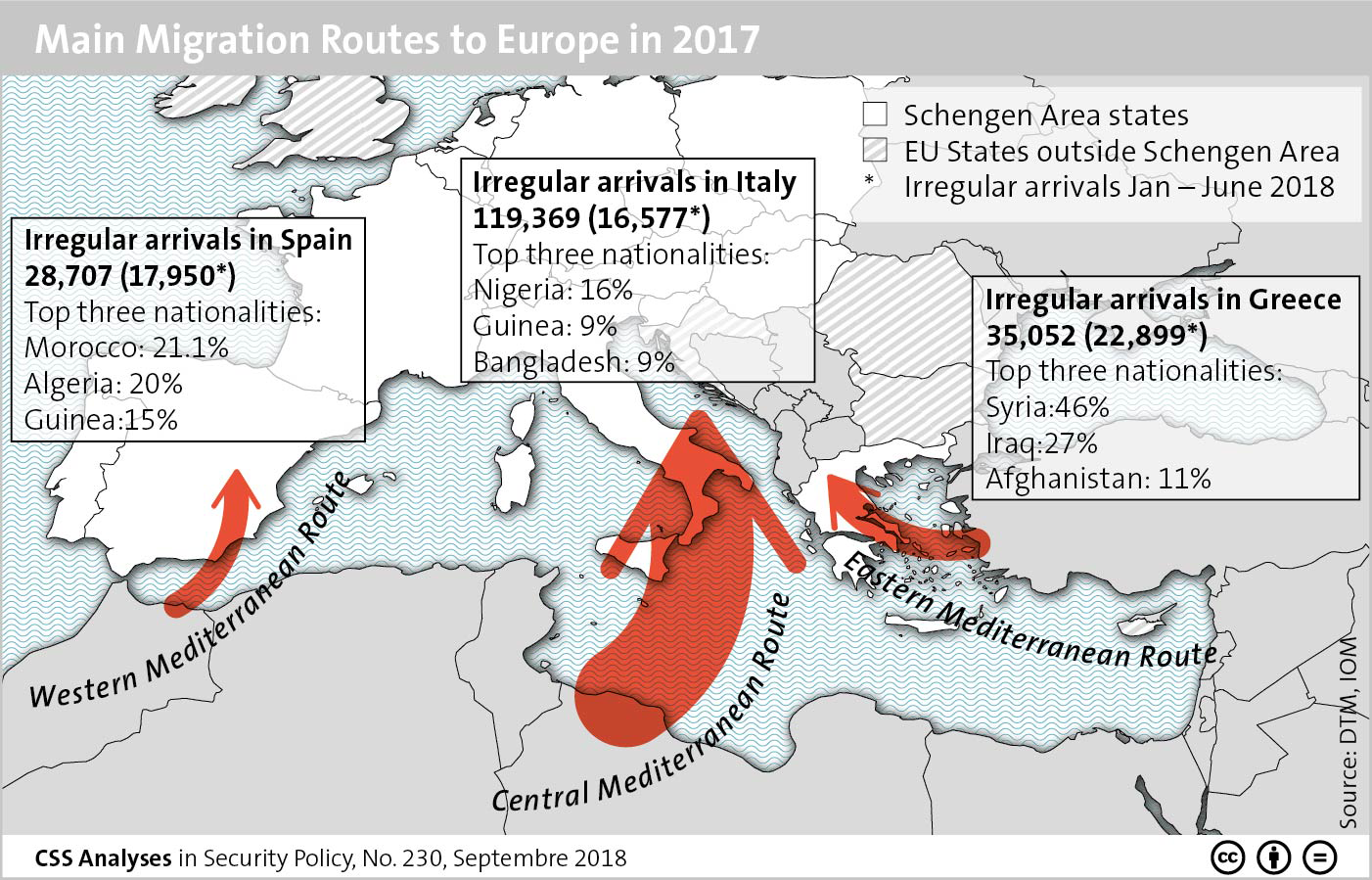 This graphic maps the main routes of irregular migration into Europe during 2017 and the first half of 2018 as well as the top three nationalities of migrants using these routes. For more on changing migration trends and EU migration policy, see Lisa Watanabe’s latest addition to the CSS Analyses in Security Policy series here. For more CSS charts, maps and graphics, click here.