This article was originally published by the Istituto Affari Internazionali (IAI) in February 2020.

On 8 January 2020, Turkey and Russia sought to broker a cease-fire between warring factions in Libya, calling on both sides to resume negotiations and end this new phase of the conflict raging since April 2019. While the cease-fire remained a dead letter, with talks moving to the international conference in Berlin, the effort underscored Moscow’s and Ankara’s growing influence in the country, with each actively supporting opposing sides in Libya.

END_OF_DOCUMENT_TOKEN_TO_BE_REPLACED 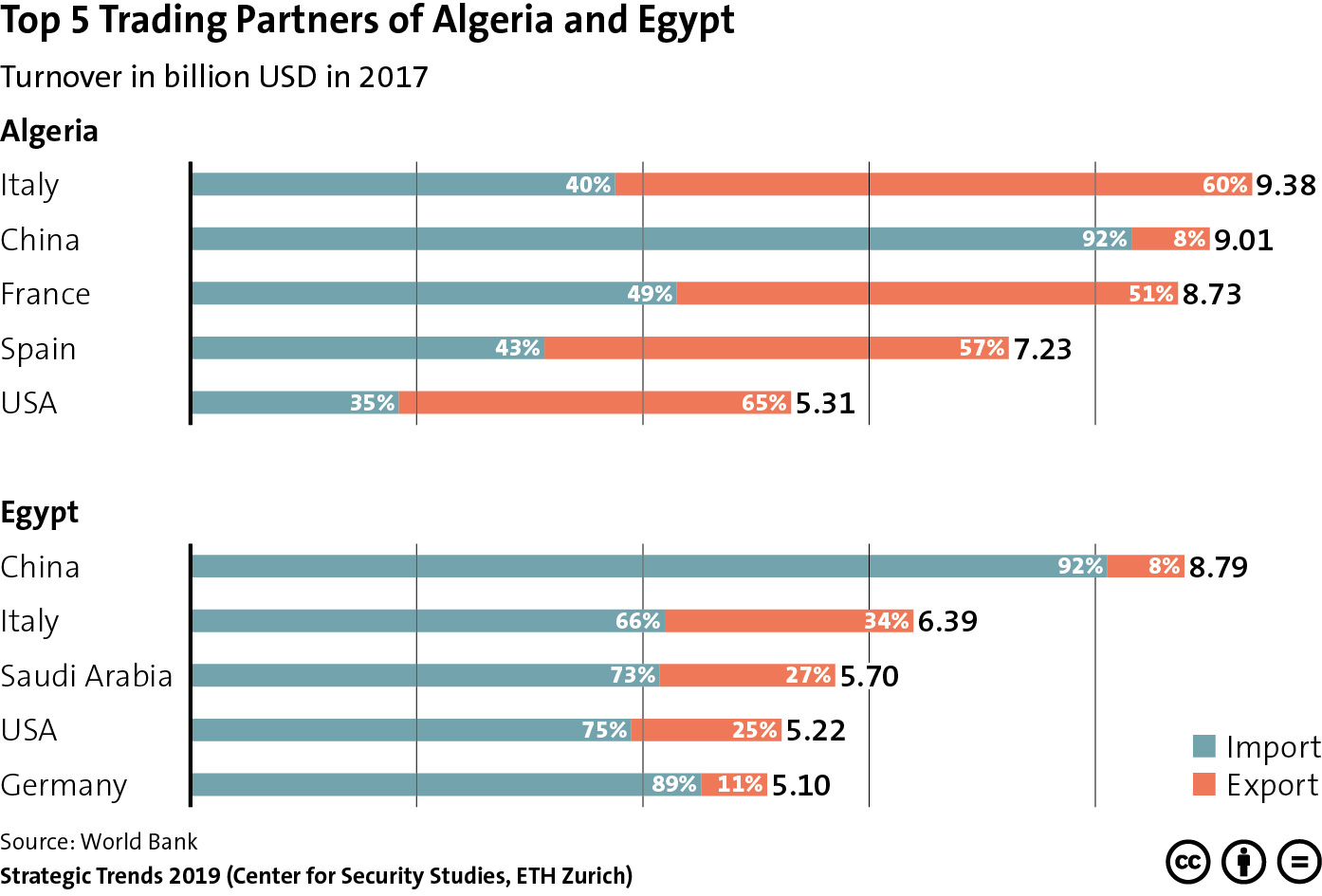 This week’s featured graphic provides an overview of Algeria and Egypt’s top trading partners. Russia’s absence from the top five trading partners list of either country highlights that despite Moscow’s revival of its ties with Cairo and Algiers, it remains overshadowed by other actors in the economic sphere. To find out more about Russia’s strategy in the Middle East and North Africa, read Lisa Watanabe’s chapter for Strategic Trends 2019 here. 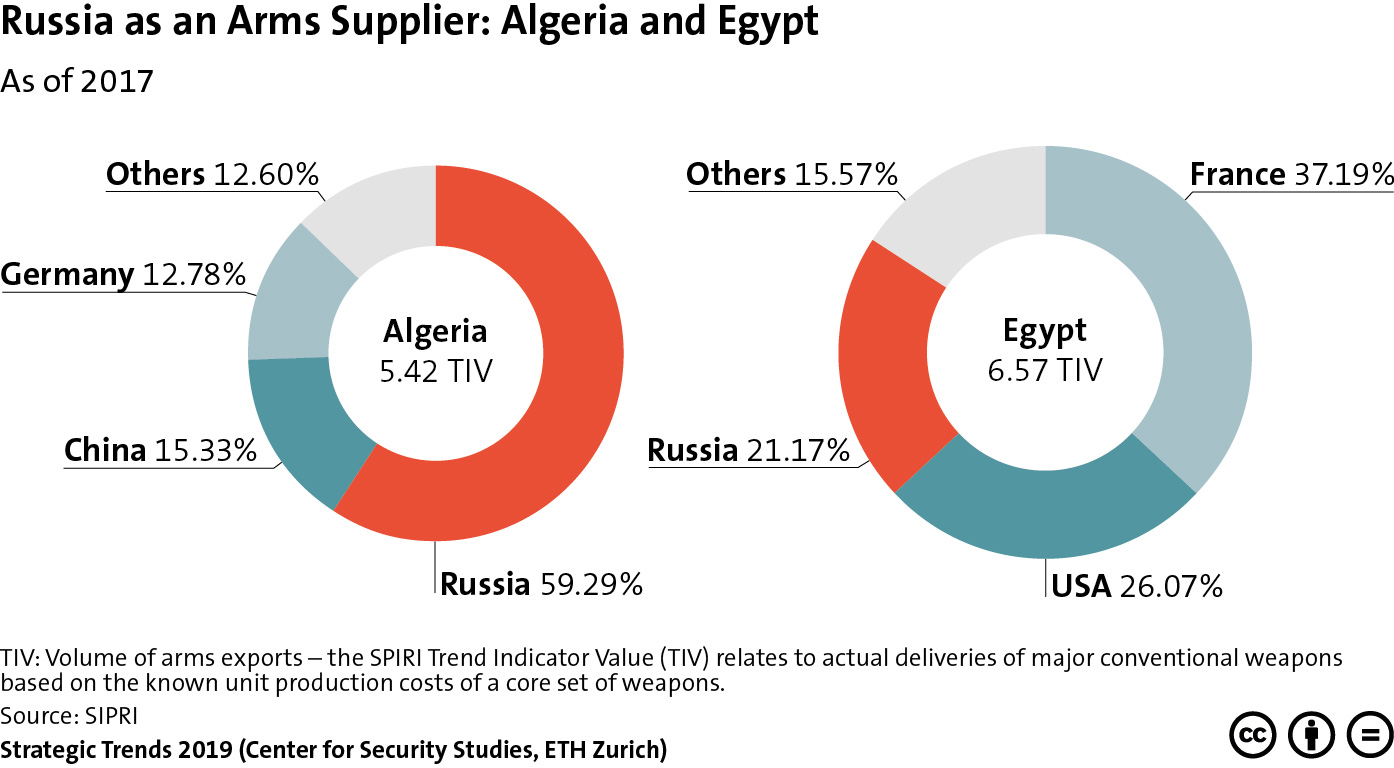 Despite the announcement by the Hamas leadership that it was willing to disband the administrative committee for the Gaza Strip, which was founded six months ago as an act of defiance against PA President Mahmoud Abbas, the road to Palestinian reconciliation is still long. Moreover, it is quite likely that Hamas has maneuvered skillfully, and has successfully caught Abbas and the PA in a honey trap, since if the PA-led Palestinian government returns to Gaza, it will assume the heavy responsibility for reconstruction in the Gaza Strip and the welfare of the population.

END_OF_DOCUMENT_TOKEN_TO_BE_REPLACED

This article was originally published by War on the Rocks on 29 June 2017.

On the eve of the June 1967 war in the Middle East, a small group of men in the Israeli elite considered a doomsday scenario. They all supported Israel having an overt nuclear strategy, but the dovish prime minister, Levi Eshkol, had resisted. Now, with war looming, they felt that their hour had come. Behind the scenes, these bureaucrats, scientists and officers prepared the ground for using Israel’s ultimate weapon: the nuclear bomb.

Three weeks ago, The New York Times revealed part of that story which the newspaper described as the “last secret” of the Six Day War. The truth is, evidence of these events has been out in the open for several years now. Yitzchak Yaacov, a top scientist who served as a senior officer in the Israeli army, had published his memoirs detailing the deliberations for the secret operation already in 2011. Based on this book as well as several interviews, Amir Oren, military correspondent for Haaretz, wrote in the same year a long analysis of the decision-making process surrounding this chapter in Israel’s history. And in 2014, Oxford University Press published a monograph by Or Rabinowitz that distilled all these Hebrew-language sources into an English-language text.