By Jennifer Cafarella and Melissa Pavlik 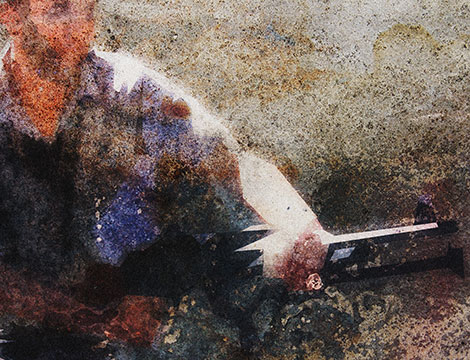 ISIS’s first Ramadan surges in 2012, 2013 and 2014 kick started its resurgent campaigns to seize vast swaths of terrain in Iraq and Syria and declare the caliphate. ISIS continues to strike offensively against anti-ISIS forces in Iraq and Syria each Ramadan. ISIS began its campaigns in the “far abroad” and Muslim world as early as late 2013, when the ISIS external operations wing in Syria began to recruit, train, and deploy foreign fighters to conduct spectacular attacks in Europe and across the Middle East and North Africa. In 2014, ISIS sent senior operatives to Libya and Sinai in order to cultivate new affiliates. ISIS’s success in the Muslim world in 2014 enabled it to recognize formal affiliates in Afghanistan and Pakistan, Saudi Arabia, Algeria, Russia’s Caucasus, Nigeria, and Yemen before Ramadan 2015. ISIS did so in order to “remain” in Iraq and Syria and “expand” by creating resilience globally to counter pressure.

The main effort of ISIS’s Ramadan campaigns became the Muslim world and “far abroad” in 2015, after reaching its apex in Iraq and Syria by seizing the cities of Ramadi and Palmyra shortly beforehand. ISIS surged its campaign in the Muslim world, including spectacular attacks at a beach resort in Tunisia and a Shi’a mosque in Kuwait while continuing to deploy attack cells into Europe. ISIS struck a wide variety of targets across the Muslim world and the “far abroad” in 2016, including successful attacks in Bangladesh, Turkey, and Saudi Arabia. The same year a terrorist pledging allegiance to ISIS’s leader attacked a nightclub in Orlando, Florida, shortly after the beginning of Ramadan.

ISIS is expanding its reach even further this Ramadan, which began on May 26. ISIS conducted two near-simultaneous, complex, coordinated attacks against symbolic targets in Iran’s capital on June 7. These attacks are a major inflection point that signals growing capability in the second ring of strong Muslim states. ISIS is also gaining momentum in Southeast Asia, part of its third ring, where it launched a major ground offensive in the Philippines, seizing a city and defending it against a counter-offensive by Philippine security forces. ISIS also conducted its first successful suicide attack in the UK, a priority target in the majority non-Muslim fourth ring. This attack suggests ISIS has a growing network in Europe despite increasing European counterterrorism efforts. Other ISIS attack cells have been thwarted in areas with ISIS networks including Spain, Tunisia, and Russia. ISIS has continued to conduct a Ramadan surge in Iraq, though security forces have thwarted some of its attacks.

The scope of ISIS’s current global Ramadan campaign, its continuity with past campaigns, and its resilience within Iraq and Syria demonstrates that the US has failed to contain ISIS or to reclaim the initiative, much less destroy the organization. Secretary of Defense James Mattis has said America’s goals against ISIS are to “crush ISIS’s claims of invincibility, deny ISIS a geographic haven from which to hatch murder, eliminate ISIS ability to operate externally, and eradicate their ability to recruit and finance terrorist operations.” Current US-led operations in Syria and Iraq will not accomplish these objectives. These operations amount to chasing the ISIS external attack cell around the battlefield through successive linear, tactical assaults that tie up our military capability without achieving decisive results. The ISIS external attack cell has now moved from Raqqa, the main effort of U.S.-backed operations, to southeastern Syria near the Iraqi border, an area where America’s ground partners cannot now project force.

ISIS is globalizing its external attack capability in order to endure even a total loss of its terrain in Iraq and Syria, which even today extends beyond Mosul and Raqqa, respectively. ISIS is deliberately “[fostering] interconnectedness among its scattered branches, networks, and supporters, seeking to build a global organization,” according to an assessment released by the anti-ISIS coalition in March 2017. The US has increased the tempo of operations against high-value ISIS operatives, but has not disabled the external operations cell. ISIS has shifted to mobilizing prospective fighters in place rather than bringing them to Syria, Iraq, or Libya as foreign fighters. ISIS’s expansion in farther flung areas like Afghanistan and Southeast Asia also generates alternative basing options for command-and-control elements and potential fighting forces.

President Donald Trump’s supposed “acceleration” of the anti-ISIS campaign he inherited from his predecessor has minimally increased the speed of tactical gains in Raqqa and Mosul while doing little to ensure that the U.S. achieves its strategic objectives The liberation of Mosul and Raqqa in 2014 might have defeated the organization, but it no longer suffices. ISIS’s global attack network is now more robust, dispersed, and resilient than ever. ISIS will remain dedicated to its global objectives after Mosul and Raqqa fall and will continue to wage a calculated global campaign. ISIS’s global success generates a momentum for jihadism that will endure even if the US manages to defeat the organization, moreover. Al Qaeda is waiting to pick up the mantle of the global war against the West, and could be even more successful than ISIS. The threat the US faces from jihadism vastly overmatches its current hyper-tactical campaign in Iraq and Syria. The first step in placing the US and its allies back on a path to victory is to recognize that the existing strategy of tactics will not suffice.

Jennifer Cafarella is the Lead Intelligence Planner at the Institute for the Study of War.

Melissa Pavlik is a Counter-terrorism Analyst at the Institute for the Study of War.