BERLIN – The world’s task in addressing North Korea’s saber rattling is made no easier by the fact that it confronts an impoverished and effectively defeated country. On the contrary, it is in such circumstances that calm foresight is most necessary.

The genius of the Habsburg Empire’s Prince Klemens von Metternich in framing a new international order after the Napoleonic Wars was that he did not push a defeated France into a corner. Although Metternich sought to deter any possible French resurgence, he restored France’s prewar frontiers. END_OF_DOCUMENT_TOKEN_TO_BE_REPLACED 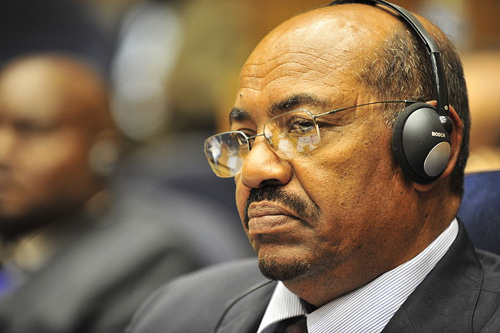 Attempts to isolate and marginalize Sudanese President Omar al-Bashir have been mixed at best. The man many people believe is ultimately responsible for the violence and misery of Darfur – and who has been indicted by the International Criminal Court (ICC) for it – has worked tirelessly to show that, as a head of state, he can still galavant across the globe to international conferences and state meetings.

Of course, Bashir hasn’t always been able to go wherever he wants. He hasn’t visited a ‘Western’ state since he was indicted by the ICC in 2008. While he has visited ICC member-states, notably Chad and Kenya in 2010, he is still severely constrained in his movements and Malawi, a member-state which originally let him visit in 2011, has since declared that he is unable to do so again.

Years of diplomatic incidents between Malawi and Zambia culminated recently in Zambia’s donation of five million liters of fuel to Malawi. The gift was ostensibly for the funeral of the country’s late President Bingu wa Mutharika, who died on 5 April 2012, after a heart attack. The political wrangling that has led up to this gesture, however, has a complicated backstory.

In 2007, Michael Sata – then the Zambian opposition leader – travelled to Malawi for a private visit, but was deported on arrival at Chileka Airport and driven 400 kilometers back to Zambia. Four years later, Sata was elected Zambia’s president.

At the time of his deportation from Malawi, Sata reportedly joked that Bingu had given him a fully fueled Lexus GX with a private chauffer (i.e., the immigration officer) for the journey, which was far more than Levy Mwanawasa, then the President of Zambia and Sata’s political opponent, had ever done. END_OF_DOCUMENT_TOKEN_TO_BE_REPLACED

Dancing With the Devil – Dealing With Gaddafi 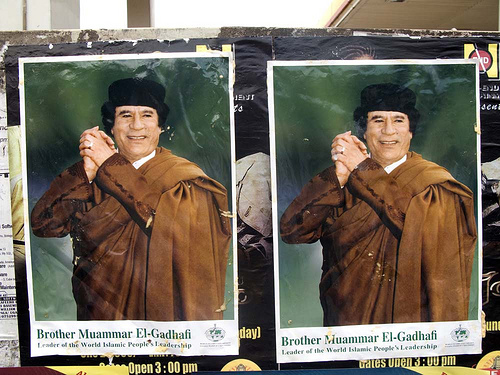 Sometimes there are articles that simply get under my skin and that create a pesky need to address them individually. John Deverell’s op-ed in The Guardian, There’s no shame in talking to people like Gaddafi, was one of those pieces.

Deverell is a British military figure who notes, with obvious pride, that he was involved in negotiations between the UK and Gaddafi. He is frustrated with a trend of criticizing the British government and institutions over their relationship with Gaddafi:

END_OF_DOCUMENT_TOKEN_TO_BE_REPLACED 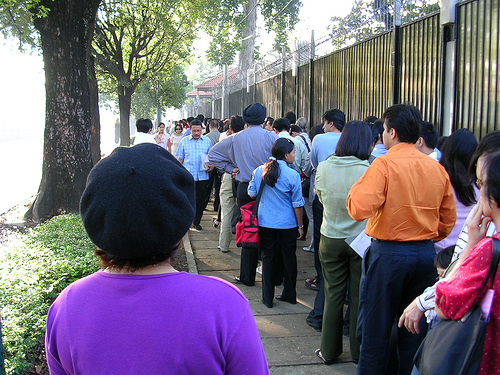 Foreign policy: Still behind walls or more open to the people? photo: tbSMITH/flickr

As the highly contested treasure trove of the State Department WikiLeak just keeps giving and giving, an interesting and under reported cable came to light earlier this week. It had to do, quite unexpectedly, with the social media strategy of the US State Department and specifically, the US Embassy’s social media efforts in Jakarta, Indonesia.

Jakarta? You ask. Yes, interestingly enough the US mission in the growing Southeast Asian archipelago nation is the most active of all in this ‘new’ and rapidly evolving field of public diplomacy. With more than 300,000 ‘Likers’ on Facebook at present and an impressive presence on Twitter and Youtube, the US  mission in Jakarta was in a push to get a significantly bigger budget for its social media outreach in advance of President Obama’s November 2010 visit, the leaked cable reveals. Although the cable reveals nothing particularly controversial, it gives interesting insights into the growing importance of social media in America’s outreach efforts in highly connected developing countries, particularly in Asia. It also provides insights into the growing, albeit not openly publicized, funding involved in spreading the message about the US, its leadership and about its policies in the region by directly and interactively reaching out to a younger generation, active on Facebook and other social media channels. And the strategy seems to be working- in less than a year, the number of Likers on their Facebook page has grown six-fold, from 50,000 to 300,000 and the number of Twitter followers from 1,000 to more than 16,000, with regular interaction from fans of both services.

This development begs a lot of interesting questions about the future of public diplomacy:

For more information on this fascinating topic, check out our recent ISN Insights package on E-Diplomacy and look out for an article coming up in February on the specific impact that social media is having on foreign relations.