WASHINGTON, DC – Iranian President Mahmoud Ahmadinejad’s preferred successor, Esfandiar Rahim Mashai, will not be running in the June 14 election. Neither will former President Akbar Hashemi Rafsanjani. The disqualification of both sends a strong message from Supreme Leader Ayatollah Ali Hosseini Khamenei. Simply put, Khamenei will not tolerate any diminution of his power, and he is determined to avoid the type of friction that has characterized his relationships with previous presidents, particularly Ahmadinejad.

The disqualification of Mashai and Rafsanjani reveals, once again, the schism embedded at the heart of Iran’s political structure by the dual executive of Supreme Leader and President. When Khamenei publicly supported Ahmadinejad’s controversial reelection in 2009, no one could have predicted the unprecedented tensions that would subsequently emerge between the country’s two main authorities. END_OF_DOCUMENT_TOKEN_TO_BE_REPLACED

Autumn of the Patriarchs MADRID – “How difficult it is to die!” Francisco Franco is reputed to have exclaimed on his deathbed. Death, it seems, is always particularly difficult for autocrats to manage, even when they succeed in dying of natural causes.

A dictator’s death throes are always a form of theater, featuring ecstatic masses, would-be successors fighting for political survival, and, behind the scenes, the dictator’s coterie locked in efforts to extend the life of their patriarch until they can secure their privileges. Franco’s son-in-law, who was also the family doctor, kept the dying despot on life-support machines for more than a month. END_OF_DOCUMENT_TOKEN_TO_BE_REPLACED Hugo Chavez mural in Caracas, Venezuela. Photo by mwausk on flickr (CC BY 2.0)

As a staunch critic of the United States and a leading figure of the left-wing revival across Latin America, Hugo Chávez Frías has undoubtedly left a remarkable footprint on contemporary international politics. But what will come of his legacy?

As Venezuela mourns and a new election campaign commences, many are asking questions about the future of political relations in Latin America, a region where Chávez is credited with strong leadership. END_OF_DOCUMENT_TOKEN_TO_BE_REPLACED 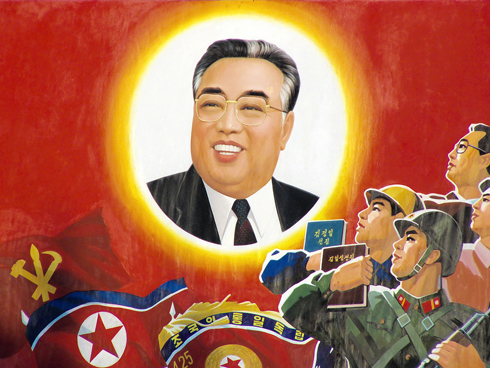 Many observers were also intrigued by the change in format for the New Year’s message. Instead publishing his statement via the North Korean press – as favored by his late father – Kim emulated his grandfather and gave a televised address. This, suggests the North Korean Leadership Watch blog, adds credibility to arguments that Kim has been trying to emulate Kim il-Sung in order to win wider support among the North Korean population. The founder of North Korea was thought to be widely loved by the population, whereas Kim Jong-il was more feared than respected. Some reports have even speculated that Kim Jung-un intentionally gained weight and mimicked the way his grandfather walked and clapped. END_OF_DOCUMENT_TOKEN_TO_BE_REPLACED 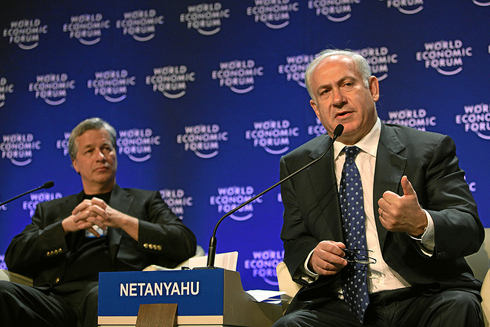 PHILADELPHIA – In January, Israeli voters will go to the polls for an election that promises to hand Prime Minister Binyamin Netanyahu a renewed mandate. Few prospects are more loathsome to the Israeli left, US President Barack Obama’s administration, most European leaders, or many American Jews.

But no one regards the prospect of another Netanyahu government with more anguish than the Palestinians. In the Arab-Israeli conflict’s long, tortured history, they have reviled no Israeli prime minister – with the possible exception of Ariel Sharon – more than Netanyahu. The reason is simple: he is one of them.

Literally, of course, he is not. But, unlike previous Israeli prime ministers (again, with the possible exception of Sharon), Netanyahu has emulated the Palestinian political strategy of sumud, or steadfastness.

The philosophy of sumud is rooted in Palestinians’ implacable belief in the righteousness of their cause and the justness of their methods. It operates both passively and actively in Palestinian culture, demanding stubbornness and tolerating ruthlessness, violence, and duplicity. END_OF_DOCUMENT_TOKEN_TO_BE_REPLACED