Has Liberalism Gone Missing in East Central Europe, or Has It Always Been Absent?

By James Dawson and Seán Hanley 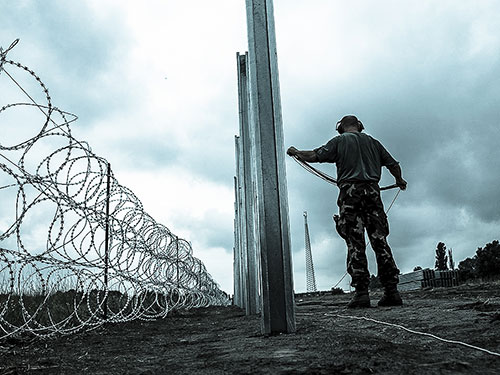 This article was originally published by OpenDemocracy on 5 October, 2015.

The government of Victor Orbán has systematically exploited the refugee crisis to ramp up a long-standing rhetoric of nationalist intolerance and consolidate its grip on power by passing a raft of emergency powers, further eroding Hungary’s once robust legal checks and balances. Such actions have drawn a storm of international opprobrium – including harsh criticism from the governments of Austria, Croatia and Serbia, all of which have taken a more humane and pragmatic approach to managing the influx of refugees.

Few criticisms of Hungary’s actions have come from neighbouring EU states in East Central Europe, still widely seen as front runners in liberal political and economic reform. Poland, Slovakia and the Czech Republic initially opted instead to close ranks with Orbán to head off the European Commission’s proposals for compulsory quotas. END_OF_DOCUMENT_TOKEN_TO_BE_REPLACED 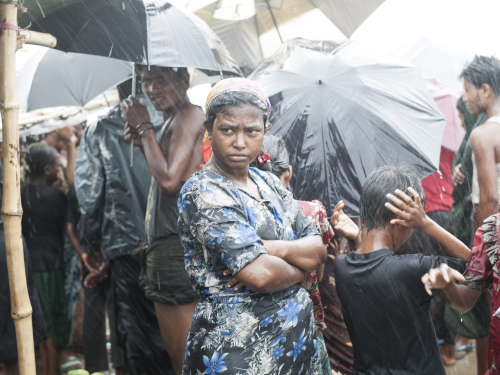 This article was originally published by the IPI Global Observatory on 15 May 2015.

A growing Southeast Asian refugee crisis largely involving Myanmar’s persecuted Rohingya minority has strong echoes of the humanitarian disaster on Europe’s doorstep. International observers have similarly called on Myanmar; refugee destinations such as Malaysia, Thailand, and Indonesia; and regional bloc the Association of Southeast Asian Nations (ASEAN) to face up to the challenge, as the European Union finally appears to be doing with its own crisis.

At first glance the Southeast Asian situation appears more easily managed: both the origin and intended destinations of the refugees are in the same region, and the main countries concerned are all members of ASEAN. This could theoretically provide the opportunity for a more coordinated response. The story is made more complex, however, by a history of limited official commitments to human rights in the region—and to refugees’ rights in particular—coupled with a traditional ASEAN policy of non-interference in member states’ domestic policies. END_OF_DOCUMENT_TOKEN_TO_BE_REPLACED

The Push and Pull of the World’s Most Dangerous Migration Route – What’s Really Behind The Flock of Thousands to Europe These Days? 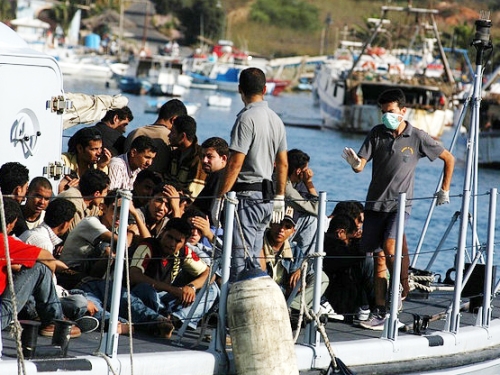 Migrants arriving on the island of Lampedusa in August 2007. Image: Sara Prestianni/Wikimedia

This article was originally published by Politics in Spires on 22 February, 2015.

The  Mediterranean Sea is today’s most dangerous border between countries not at war with each other. Just last week, 300 persons departing Libya on four rubber dinghies have gone missing at sea, after drifting for days without food and water. News reports in the past six months have regularly commented upon the rising number of persons disembarking on Italy’s coastline – benefiting from its search and rescue operation Mare Nostrum. Despite the increase in new arrivals from 33,000 to 200,000, the life-saving mission has now been discarded. Italian policy makers believe Mare Nostrum is as responsible for overcrowded reception centres as it is for the rising number of persons risking their lives at sea. But is it truly to blame for the surge? Because more than 50 per cent of arrivals are either Syrian or Eritrean, news commentators have provided some other potential explanations. Some point to the protracted conflict in the Middle East, whilst others highlight the strain on neighbouring Jordan, Lebanon and Iraq in continuing to receive thousands of Syrian refugees. “Poverty in Africa” is mentioned occasionally, and for the better informed, an oppressive military regime and indefinite conscription in Eritrea are to blame. Yet these supposed  ‘causes’ of the latest wave in irregular migration to Europe are speculative at most and have in fact been ongoing for many years now. END_OF_DOCUMENT_TOKEN_TO_BE_REPLACED 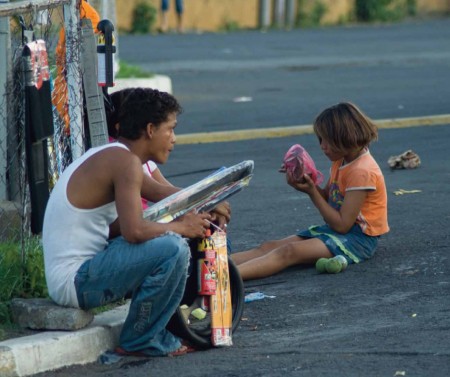 They are usually given the choice to leave immediately or stay, and be killed. Central America´s desperate, or deseperados, are fleeing their homes in record numbers. This year alone more than 60,000 undocumented children have already made the perilous trek from the northern triangle – El Salvador, Guatemala and Honduras – to the United States.

The scale of the displacement crisis is staggering. U.S. customs officials picked-up 17,500 unaccompanied children from Honduras, 15,700 from Guatemala and 14,500 from El Salvador this year. There were just 3,000 from all three countries combined in 2009.

Many of these children are now in limbo, interned in 100 shelters scattered along the US-Mexico border. They join an estimated 11.7 million pool of “illegals” that negotiated extreme hardship in pursuit of a better life. END_OF_DOCUMENT_TOKEN_TO_BE_REPLACED 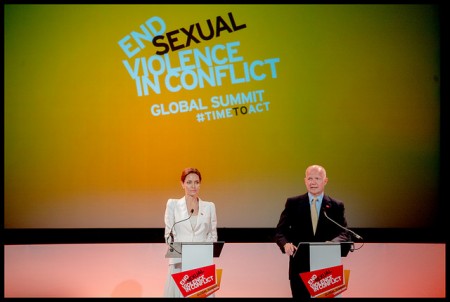 This article was originally published June 17, 2014 by The Disorder of Things.

The attention lavished on sexual violence in conflict [three weeks ago] was in many ways unprecedented. As well as convening the largest ever gathering of officials, NGOs and other experts for the Global Summit on Ending Sexual Violence in Conflict, co-chairs William Hague (Foreign Secretary of the United Kingdom of Great Britain and Northern Ireland) and Angelina Jolie (Special Envoy of the United Nations High Commissioner on Refugees) also generated very many pages – both print and digital – of commentary.

In some myopic quarters, that achievement was in itself a distraction from the really important politics of blossoming conflict in Iraq. Such views should remind us that there are still those who insist on seeing gender violence as marginal to international peace and security. Worthy, yes, “no doubt important”, obviously a cause for concern , and so on, but naturally not the real deal. END_OF_DOCUMENT_TOKEN_TO_BE_REPLACED