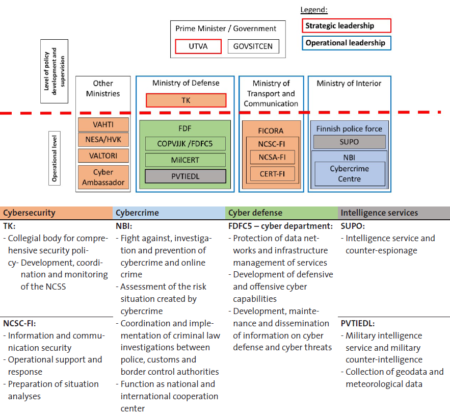 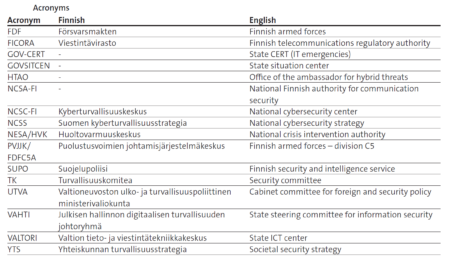 This week’s featured graphics outline how cybersecurity responsibilities are shared among governmental organizations in Finland. For more information on national cybersecurity strategies and cybersecurity challenges in Finland, as well as in France, Germany, Israel, Italy, the Netherlands and Switzerland, read Marie Baezner and Sean Cordey’s CSS cyber defense report here.

END_OF_DOCUMENT_TOKEN_TO_BE_REPLACED

First, Finland is fundamentally a stable and functioning state. On measures of democracy, the rule of law, anti-corruption, free speech and the media, education, and socio-economic equality, Finland scores well. In the Fragile State Index (compiled annually by the Fund for Peace and consisting of over one hundred individual measures), Finland is ranked year after year as the most sustainable country. Trust in the authorities is also high.

END_OF_DOCUMENT_TOKEN_TO_BE_REPLACED

The race for the 2013/14 election for non-permanent seats on the UN Security Council is raging among a group of countries, including several EU countries, Australia, Switzerland, and Turkey.

Luxembourg and Finland are the official EU candidates and enjoy the support of the EU member states and have the advantage of not having been regular UN SC members. Luxembourg was never elected and Finland was elected twice, the last time in 1989-1990. In an attempt to win more votes for the election, the two countries have engaged in ‘cash-diplomacy‘ by increasing their aid money abroad, especially in Africa, amongst countries that form the most influential grouping in the UN General Assembly.

Recently, Australia also declared itself a candidate for the council. Some analyst says that Australia’s chances are low. It already lost against two EU members (Sweden and Portugal) in 1996, it does not have the EU’s support, it entered the race later than its opponents, and is less engaged in a cash-diplomacy than Luxembourg or Finland. According to the Lowy Institute, Luxembourg and Finland respectively gave $137 and $237 million in aid money to Africa while Australia only gave $80 million.

At first glance it seems that Luxembourg and Finland have a better chance to win the race to the UN SC. But if we look a bit more closely, the election might actually be much tighter.

END_OF_DOCUMENT_TOKEN_TO_BE_REPLACED

Yes, water. This seemingly endless resource that covers 70 percent of the Earth’s surface. A resource that in a profound way forms the very core of who we are and how we live and yet gets little attention and even less press – perhaps precisely because of its ubiquity. Water, we tell ourselves, rains down from the sky and shoots through our kitchen taps; water is everywhere and used for everything. We can’t possibly be leaving any kind of dent in its incessant flow, let alone calculate any ‘footprint’ associated with it?

Yet this omnipresence is profoundly misleading. The water that we can easily use and consume, the fresh water of this world, only makes up about 2,6 percent of total supplies. An increasingly scarce and contested resource particularly in the poorer, more drought-prone parts of this world, fresh water, many experts believe, will become the future frontier of clashes, conflicts and even wars. Papers warning of ‘water wars’ in the Nile river basin or in the Mekong Delta are increasingly common, indicating that the political science community, not just ecologists, is beginning to take note.

Beyond expert circles, however, the issue still struggles to make it to the center of popular consciousness and debate as a key, if not the key challenge of the future. Water and water scarcity are issues that elude most people’s thoughts because in richer countries at least we are rarely faced with its limits. However, nearly half of the world’s population already suffers from some form of water-related distress, either due to lack of access to safe drinking water (an estimated 884 million people) or because of unsafe sanitation practices (for more than 2.5 billion people). An estimated 3.5 million people die every year due to illnesses related to poor water or related hygiene standards. In an important, if still primarily symbolic move, the UN recently declared clean water a human right in an attempt to bring the issue to the forefront of public discussion.