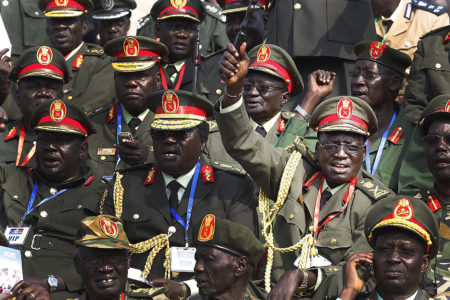 This article was originally published by the IPI Global Observatory on 12 September 2016.

A regional protection force has been authorized to deploy as part of the United Nations Mission in the Republic of South Sudan (UNMISS) in order to provide a secure environment in and around the capital city, Juba, and protect civilians. But without a viable political strategy to resolve the underlying causes of the civil war, the force will struggle to do anything more than reduce some of the most negative symptoms of the conflict and could spark direct confrontation with the Sudan People’s Liberation Army (SPLA) or any rebel forces that might threaten Juba.

In July 2016, nearly a year after it had been signed, the Agreement on the Resolution of the Conflict in the Republic of South Sudan collapsed. This meant that the former Transitional Government of National Unity also collapsed and was replaced by a governing regime led by President Salva Kiir and those collaborators who he had coopted into service. The final straw was a period of intense fighting between government and rebel forces that had been deployed in Juba as part of the peace deal. The fighting and subsequent rampaging of soldiers saw hundreds killed, numerous crimes committed against the civilian population, and led the remaining rebel forces and their leader to flee the city. There followed a flurry of calls for an intervention force to protect civilians, especially in Juba.