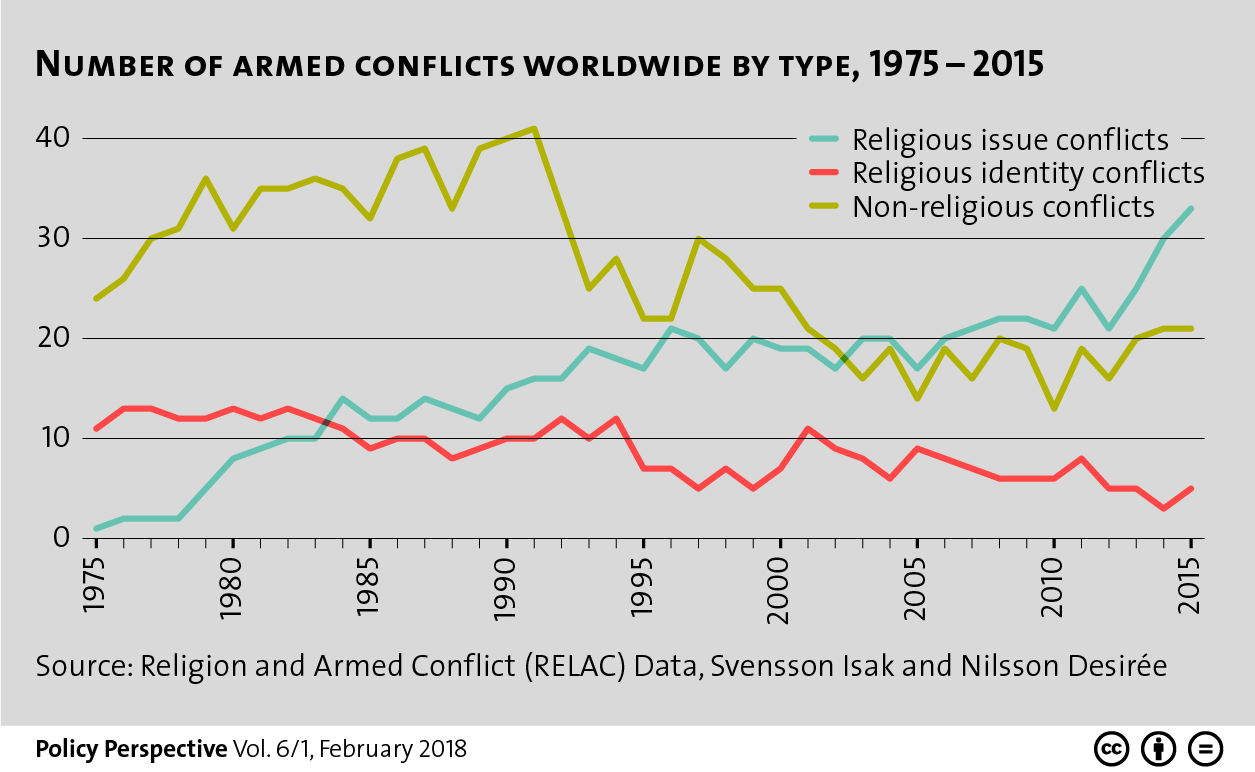 This week’s featured graphic shows the number of armed conflicts worldwide by type from 1975 to 2015. To find out more about the interlinkages of religion and conflict and how conflict resolution approaches should respond, see Jonas Baumann, Daniel Finnbogason, and Isak Svensson’s CSS Policy Perspectives here.