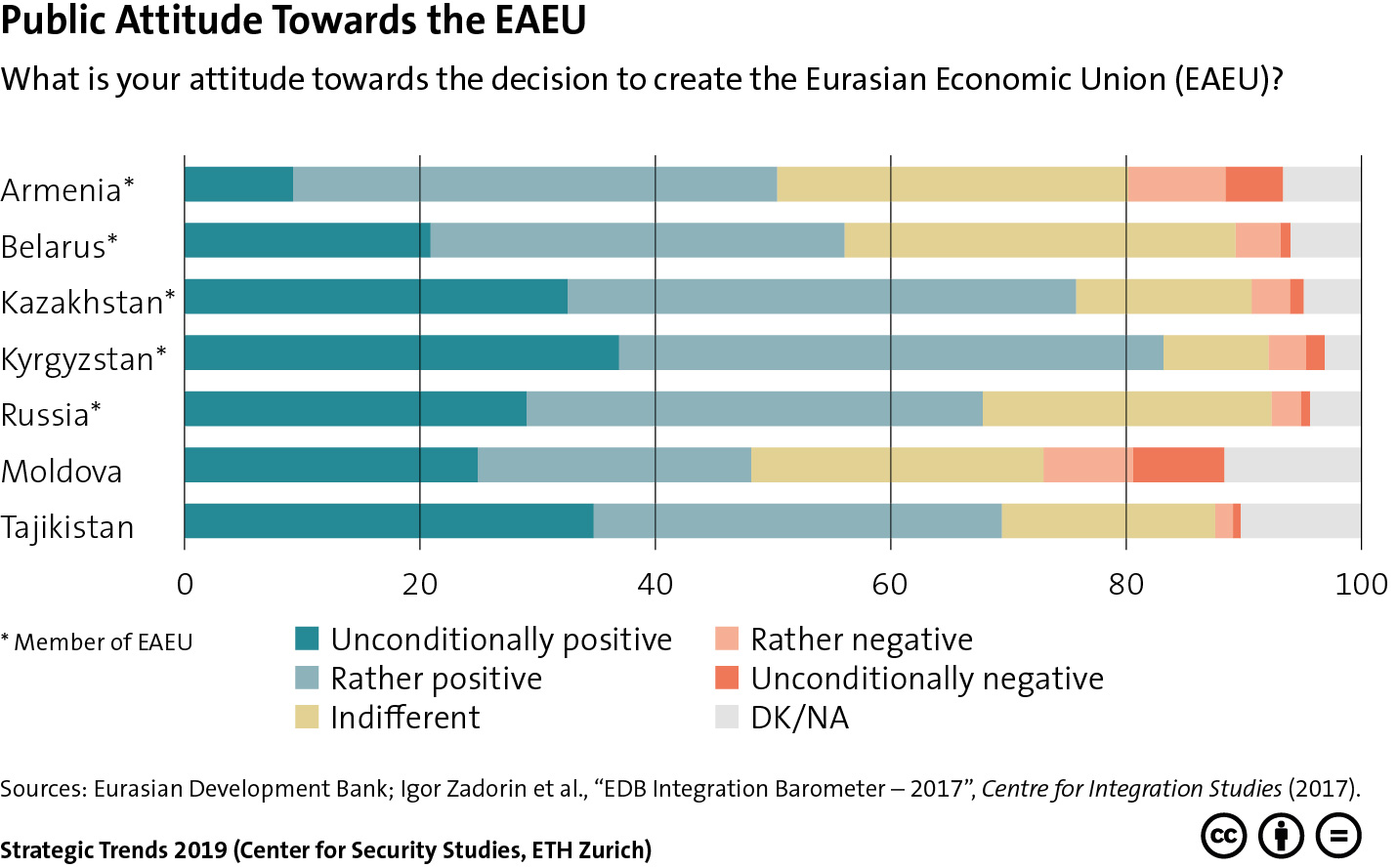 This graphic displays public attitudes in Eurasian Economic Union (EAEU) member states towards the creation of the organization. For an insight into the role of the EAEU in Russia’s Eurasian strategy, see Jeronim Perović’s chapter for Strategic Trends 2019 here. 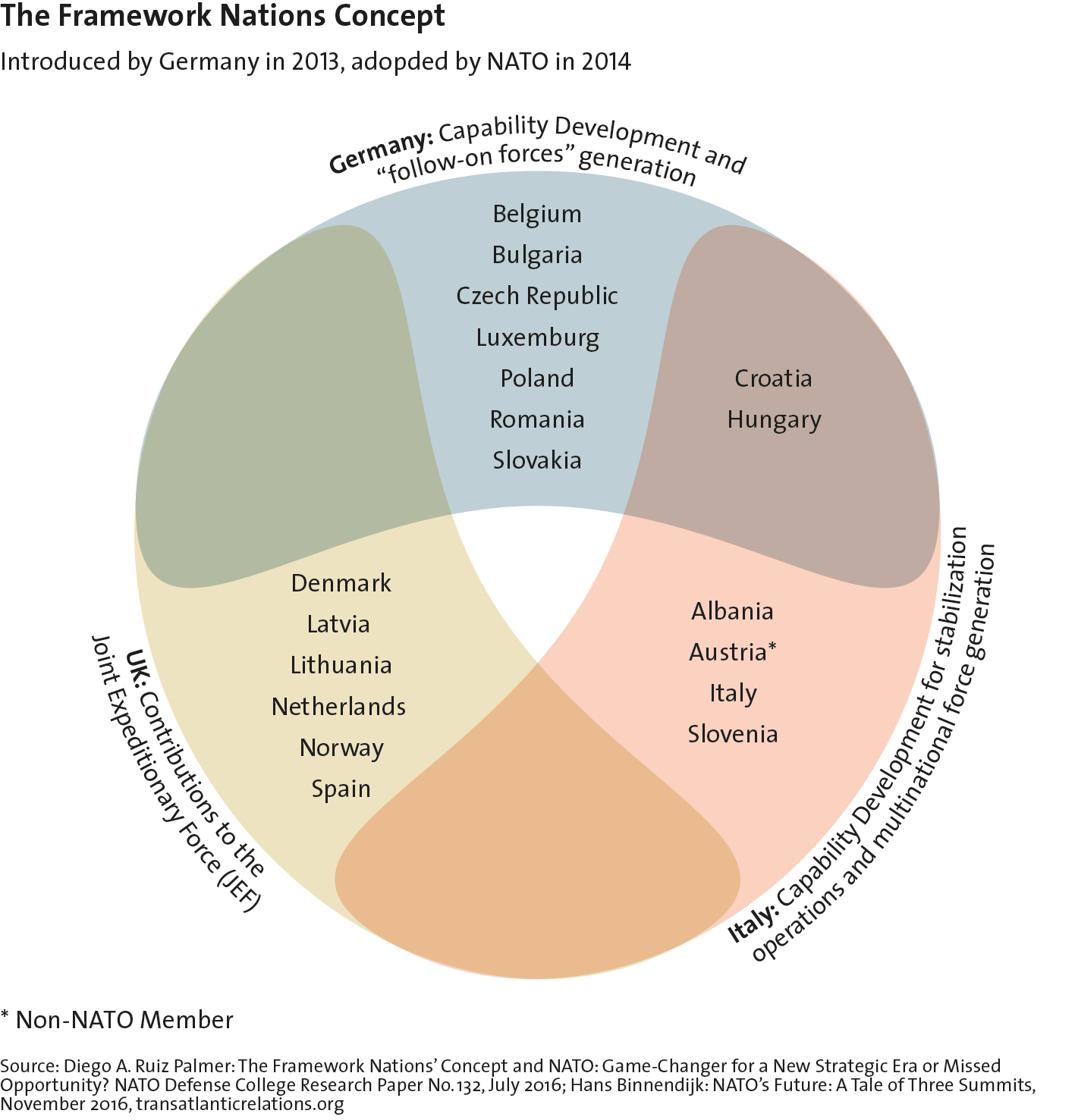 This graphic provides a timeline on the development of the areas of focus for cooperation in the Shanghai Cooperation Organisation (SCO) since the 1990s. For more on the SCO, its current and future relevance, and whether Europe should engage with the organization, see Linda Maduz’s comprehensive study Flexibility by Design. For more CSS charts, maps and graphics, click here. 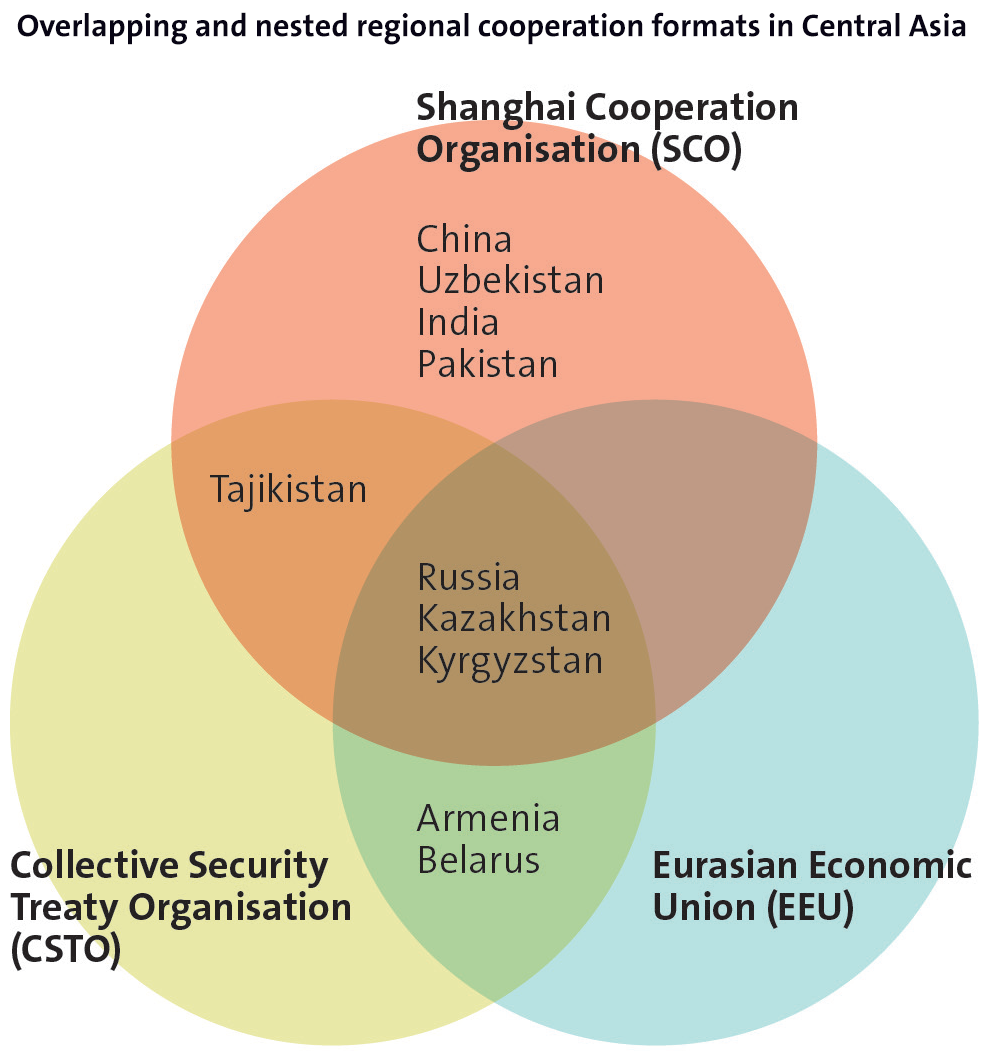