This article was originally published by Political Violence at a Glance on 4 March 2020.

Many states have long relied on various forms of information control, such as surveillance and censorship, as part of their approach to governance. With the development of advanced digital technologies, states have new tools to monitor citizens, restrict communication, and manipulate information. While observers have expressed concerns that information control violates human rights and suppresses citizen influence in governance, the Covid-19 virus highlights another area where government information suppression can have pernicious consequences: public health.

END_OF_DOCUMENT_TOKEN_TO_BE_REPLACED 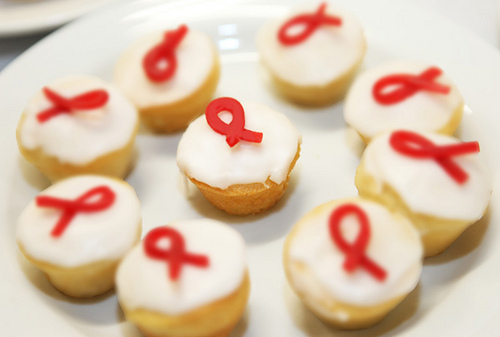 This week, we will be focusing on the issue of global health from the following perspectives: global health funding, horizontal vs. vertical health aid, the ‘rationing’ of care, the global health governance architecture and the AIDS pandemic.

Make sure to ‘tune in’ each day for the newest ISN Insights package. And if you’re an active Twitter or Facebook user, look us up and become a follower!

Universal access and human rights is the theme for this year’s World AIDS Day. For 21 years, we’ve used 1 December to remind ourselves that the virus exists during the other 364 days of the year as well.

By the way, the US recently announced that it would lift a ban on people carrying the HIV virus from entering the country, a move that was long overdue.

From the ISN Digital Library:

You can scan all of our offerings concerning AIDS/HIV here.

“Why don’t we have a Global Fund for maternal health, like the one for TB, malaria and AIDS?”, implored Dr Siriel Nanzia Massawe, an obstetrician in Dar es Salaam, Tanzania.

I was jolted by this desperate doctor’s question, buried in a recent New York Times article about the prevalence of maternal deaths during pregnancy and childbirth in sub-Saharan Africa.

You mean we don’t have a Global Fund fighting maternal – and for that matter, child – mortality? I wondered incredulously.

After all, two of the Millennium Development Goals (MDGs) call for a significant reduction in child and maternal mortality by 2015. And former UN secretary-general Kofi Annan established the Global Fund to Fight AIDS, Tuberculosis and Malaria in 2001 to reach this third health-related MDG.

So why has only the MDG addressing communicable diseases been deemed worthy of a Global Fund? After all, the international community is far behind on all MDG health-related targets: maternal mortality has been stagnant for two decades; more than nine million children under age five still die every year; and AIDS infection rates are still too high for antiretroviral treatments to keep pace.

Clearly, a more synergized and streamlined approach to the three health-related MDGs is desperately needed. Each one impacts the other: For example, AIDS and malaria cause specific complications for pregnant women and their fetus’s development.

In the end, perhaps every one of these MDG initiatives could be more fully realized if greater attention were paid to how they interact. Has the time for an integrated Global Fund for Health arrived?