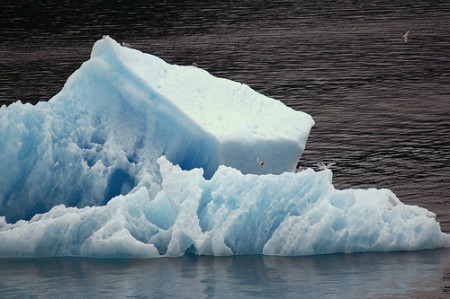 With the Copenhagen conference on climate change only two weeks away, it remains doubtful whether a legally binding agreement on climate change will emerge.  Here a run-down of the (mostly vague) pledges made by key greenhouse gas emitters in the wake of the conference:

END_OF_DOCUMENT_TOKEN_TO_BE_REPLACED 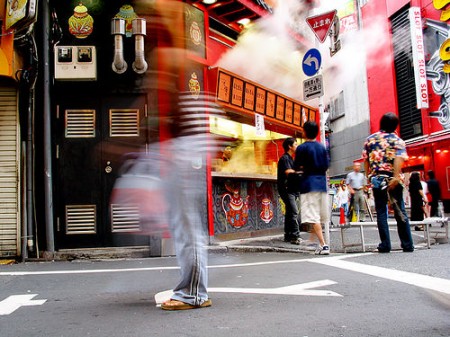 As Europeans celebrate the 20th anniversary of the fall of the Berlin Wall, in Japan, the Cold War political system has just been overthrown. The Liberal Democratic Party (LDP), which together with the bureaucracy and big business formed the clichéd ‘iron triangle,’ has been defeated. The victorious Democratic Party of Japan (DPJ), which will take over the government, has promised to loosen the grip of the bureaucracy. However, in taking power from the bureaucrats, DPJ politicians face a dilemma, according to Dan Harada in our latest edition of ISN Podcasts.

At this historic moment in the country’s political history, we present to you some of our resources on Japan: 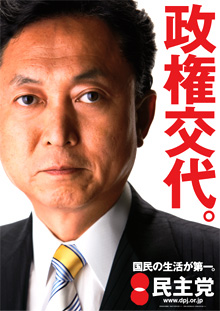 Change had been predicted, change occurred. Parliamentary elections in Japan brought two victors: First, the Democratic Party of Japan (DPJ), which won almost two thirds of the seats in the House of Representatives. Second, opinion pollsters, who predicted the Liberal Democratic Party (LDP) would be defeated. My skepticism towards the opinion polls proved unjustified.

In the latest edition of ISN Podcasts, I talked to Dan Harada, an insider to Japanese politics, about the elections and their implications. According to him, the DPJ now faces a dilemma: On the one hand, the new government needs to fulfill its election pledge and strengthen the role of politicians in lawmaking at the cost of bureaucrats. On the other hand, the DPJ needs to cooperate with the bureacracy in order to realize their policies.

Today, I, Taro Aso, decided to dissolve the House of Representatives and seek a popular mandate.  [I]mprovident statements I have made caused mistrust among the public and damaged its confidence in politics. […]

This is also with regard to the disunity within the Liberal Democratic Party (LDP). My shortcomings have created mistrust among the public, and as the President of the party, I should like to extend my most sincere apologies.

Thus were the words amplified by apologetic bows the Japanese prime minister uttered at a press conference 21 July. In my ears they sounded like the admission of failure and I expected Aso to announce his resignation the next minute.

He did not. After a coup withing his own party failed, Aso is staying firm and is propping up the party for the upcoming general elections.

Japanese politics of recent years can be read as a history of apologies. END_OF_DOCUMENT_TOKEN_TO_BE_REPLACED 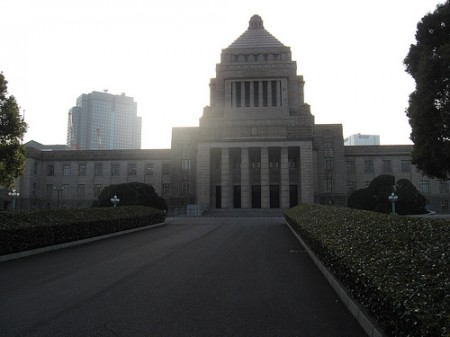 Blinded by the prospect of change? The National Diet, Japan's parliament/ Photo: erinsikorskystewart/flickr

For The Economist, as for most other commentators, the dice have been cast. Four years after it won a landslide victory under the reformist banner held by Koizumi Jun’ichiro, the Liberal Democratic Party (LDP) is expected to lose the lower house elections set for 30 August. The predicted winner will be the Democratic Party of Japan (DPJ) (don’t be misled by the party names, they don’t mean much).

However, government change has been predicted before, or as The Economist writes: “The 54-year-old LDP’s obituary has been written many times, and the corpse has always revived.” Among those obituarists is also The Economist, who like me, have been wrong in the past. But this time, the evidence seems defeating. Recent opinion polls suggest that 46 percent of the respondents would vote for the DPJ compared to 19 percent for the LDP. A week ago, the DPJ won the elections to the Tokyo metropolitan assembly and pushed aside the LDP, which had been the biggest party there for 40 years.

Nevertheless, I remain skeptical about the prospect of government change. Let me give you four reasons for this.