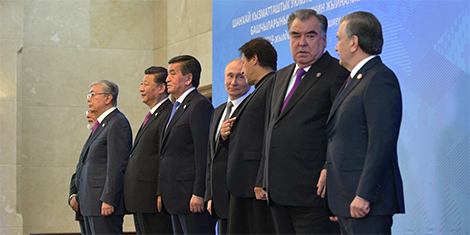 END_OF_DOCUMENT_TOKEN_TO_BE_REPLACED

By Joanna Lillis and David Trilling 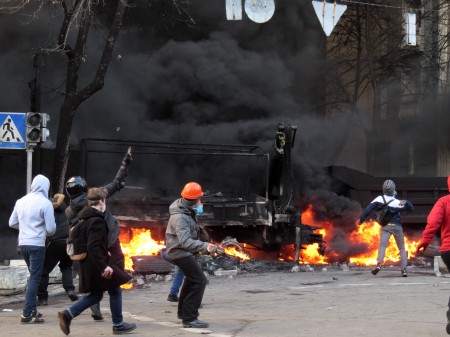 State-controlled media outlets in Central Asian states are reticent when it comes to covering developments in Kyiv, Crimea and elsewhere in Ukraine. The parallels between the ousted and allegedly corrupt president of Ukraine, Viktor Yanukovych, and leading members of Central Asian elites are obvious to many in the region, so it’s not surprising that the Euromaidan Revolution has received little play in Central Asia’s press. END_OF_DOCUMENT_TOKEN_TO_BE_REPLACED 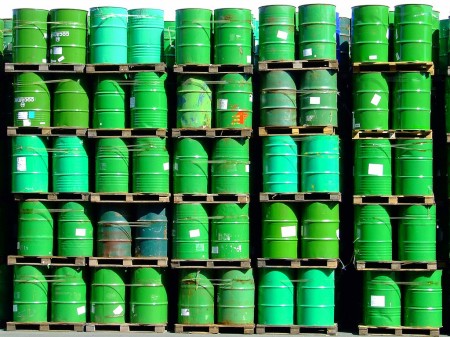 China is financing the construction of Kyrgyzstan’s first major oil refinery, and excitement is building in Bishkek that the facility could enable the Central Asian nation to break Russia’s fuel-supply monopoly. At the same time, some observers express concern that the project may stoke local resentment, or become enmeshed in political infighting.

The refinery in Kara-Balta, about two hours west of Bishkek, is expected to produce 600,000 tons of fuel annually, enough to end Kyrgyzstan’s dependency on Russian imports, currently pegged at 1,150,000 tons a year, according to the State Statistics Committee. Slated to receive crude piped from Chinese-run fields in Kazakhstan, the project, operated by a smallish Chinese state-run entity called Junda, has already witnessed regular environmental protests and labor disputes, which one lawmaker claims are backed by opposition politicians bent on using the facility as a weapon in a political struggle against the government. END_OF_DOCUMENT_TOKEN_TO_BE_REPLACED 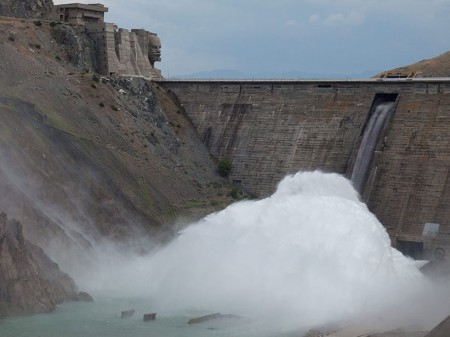 Russian President Vladimir Putin’s September 20 visit to Kyrgyzstan ended with half a dozen bilateral agreements and some anachronistic-sounding rhetoric about Moscow’s benevolent role in Central Asia. On the face of it, Russia won an extension of military basing rights for another generation, while Kyrgyzstan got millions of dollars in debt forgiveness and promises of investment in the construction of two major hydropower projects. But all the deals have yet to be finalized and some won’t kick in for years, with multiple strings attached.

The visit was Putin’s first to Kyrgyzstan since an April 2010 uprising toppled the former president, Kurmanbek Bakiyev, who had angered the Kremlin by effectively misappropriating a $300 million Russian loan and backtracking on some of his promises. Moscow has been slow to warm to the post-Bakiyev leadership, expressing frustration earlier this year, for example, with Bishkek’s constant
attempts to get aid while maintaining a so-called multi-vector foreign policy.

Publicly, Putin’s host, President Almazbek Atambayev, did everything he could to assure the Russian president that Kyrgyzstan is a firm friend. At a cheerful midday press conference, Atambayev suggested the two had stayed up together until 5 a.m. – Putin had arrived in Bishkek late September 19 – and expressed wishes for everlasting friendship. “Russia is our main strategic partner. With Russia, we share a common history and a common destiny. […] Our future will be in partnership with the great Russia,” Atambayev said in comments broadcast by local media. END_OF_DOCUMENT_TOKEN_TO_BE_REPLACED How secure is the Kyrgyz cyberspace? Photo: University of Maryland Press Releases/flickr.

Observers have questioned the need for Kyrgyzstan’s security service to monitor websites to identify hate speech.

The State Committee for National Security, or GKNB, is setting up a system to monitor the internet, with a particular focus on news sites with the .kg domain name, and plans to launch it in early autumn.

Using a web search engine that looks for certain words or phrases, the agency will seek to identify content liable to incite hatred on grounds of ethnicity, religion and even regional origin, in the wake of the ethnic violence that rocked southern Kyrgyzstan in 2010. END_OF_DOCUMENT_TOKEN_TO_BE_REPLACED