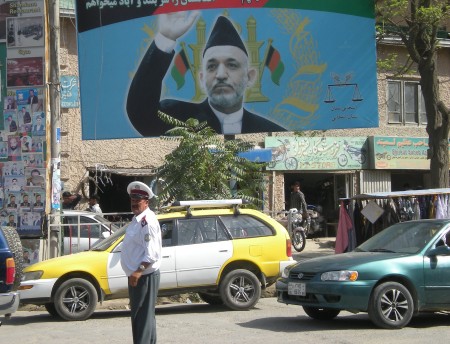 Election fever in Kabul, Afghanistan. Photo taken by our correspondent on the ground, Anuj Chopra

Media gags, reports of sporadic attacks, Taliban threats to cut off ink-stained fingers – excitement and anxiety abound as voting in Afghanistan draws to a close.

Several commentators have warned that a contested outcome – most likely one where incumbent Hamid Karzai does not win the first round with 51 percent of the vote – might result in a constitutional deadlock and a period of heightened instability. Others, however, have lauded the gains that his main opponent, former Foreign Minister Abdullah Abdullah, has made as a sign of progress in an open and fair election process. The election will either heal or deepen rifts in the Afghan polity that have been exposed by the failure of reconstruction efforts and the looming Taliban threat.

But what is the situation on the ground? Are voters heeding Karzai’s call to come out and vote? Is democracy, and the hope of a better tomorrow, inspiring Afghans to take the risk and get that ink stain on their finger? 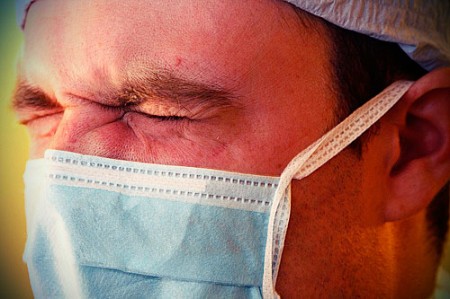 The health care debate in the US continues to become more heated by the day, revealing new characters with dramatic twists and turns. From the outside it almost plays like a movie (well, maybe not a great movie) where I nearly reach for a soda and a bag of popcorn while watching constituents yelling at their local representative during town halls or US politicians debate about whether the health care reform will create so-called “death panels.”

However, as an American with family stretched across the country I am soon reminded of the sobering reality that this debate cuts much closer to home.

Insight into the Inner Workings of Iranian Politics 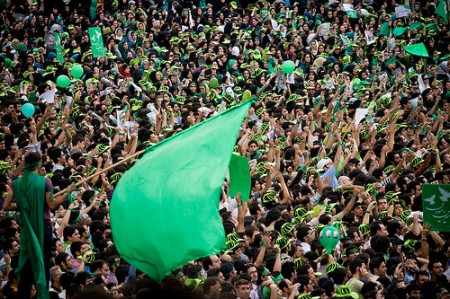 The people of Iran will vote for a new president on Friday, 12 June.

The race is tight. Two of the candidates have good chances of winning. Former Prime Minister Mousavi relies on a broad base of supporters, but polls show that the incumbent Ahmadinejad is the leader in Iran’s presidential elections.

According to this insightful article by ISN correspondent Kamal Nazer Yasin, the developments in Iran in the next few days will be critical. Today, the police have forbidden further displays of political loyalty in the streets. With several million people having experienced the joys of freedom in the streets of Tehran and other cities, it will be interesting to see how the government can contain popular anger once Ahmadinejad is announced the winner.