END_OF_DOCUMENT_TOKEN_TO_BE_REPLACED

This article was originally published by Geopolitical Futures (GPF) on 3 May 2018.

Every day Iran fails to strike back makes it look weaker.

Another war between Israel and Hezbollah may well be approaching. Iran, Hezbollah’s primary patron, continues to ship weapons to the Lebanese militia despite Israel’s insistence that doing so is something it cannot allow. Israel has conducted airstrikes on Iranian and Syrian targets in the past month accordingly, but to no avail. The more aggressively Israel behaves, the sooner a direct fight with Iran will come.

END_OF_DOCUMENT_TOKEN_TO_BE_REPLACED

Strategic Trends 2018: The CSS has published its annual analysis of major developments in world affairs. The four topics covered include whether or not emerging trends suggest the US could become a less reliable partner for Europe; why Russia and China are likely to continue building closer relations; the potential impact of energy technologies on international politics; and how resilience can act as an instrument of deterrence.

END_OF_DOCUMENT_TOKEN_TO_BE_REPLACED 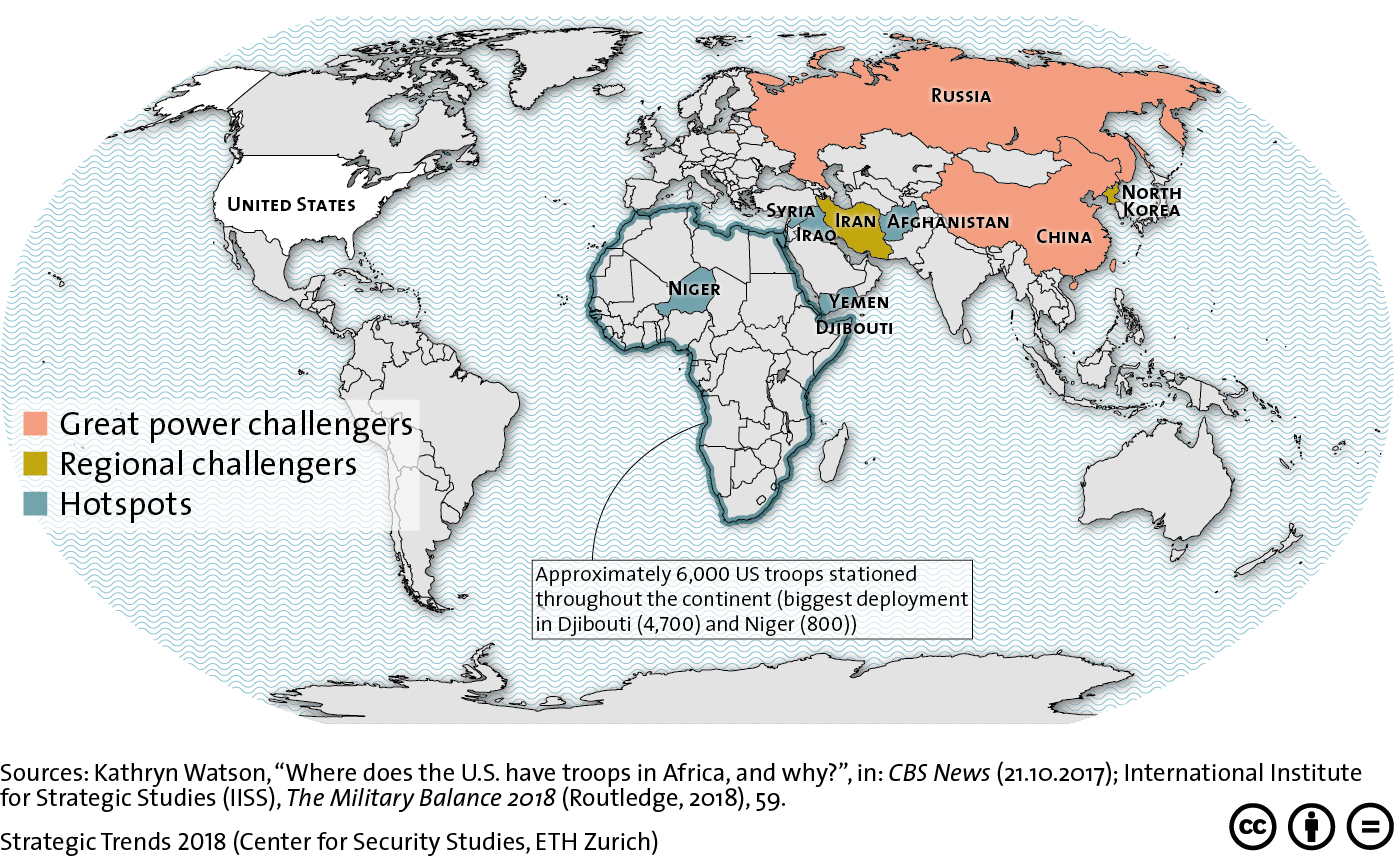 This graphic maps the great power and regional challengers to the US as well as key geopolitical hotspots of concern to Washington. For more on the domestic and international constraints threatening the US’ global leadership role, see Jack Thompson’s chapter for Strategic Trends 2018 here. For more CSS charts, maps and graphics on defense policy, click here.