How about a taste of the icy waters of a frozen conflict?

The folks at the Lotte Chilsung say that the South Korean Ministry of the Enviroment will use the water as part of its campaign for the zone to become a UNESCO biosphere protection site. According to the Guardian, environmentalists say there are close to “2,900 plant species, 70 mammals and 320 types of bird flourishing in the zone.”

From the company site: “‘DMZ’ is one region in the world that the ecosytem is well preserved as it is and has been out of human reach for 50 years.”

Well that’s a diplomatic way of putting it. 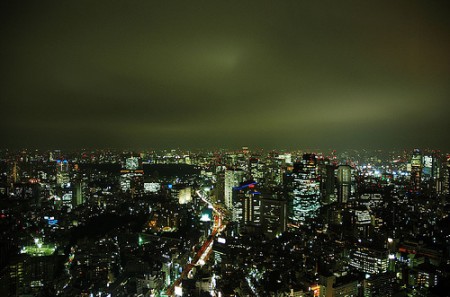 Mushrooming megacities, migrational pressures, cultural and political collisions and ecosystems and environments under stress- as humans continue to move into cities, we are faced with a new set of challenges that directly impact both domestic policies and international relations. Cities are becoming the microcosms of life in the 21st century where overcrowding, resource scarceness, poverty and migration define the challenges that no country can afford to ignore.

This week the ISN focuses on urbanization and brings you a wide set of resources to delve deep into this highly consequential and topical issue.