By Derek Reveron and Nikolas Gvosdev 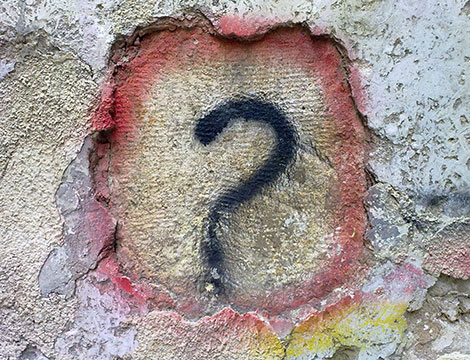 This article was originally published by the Foreign Policy Research institute (FPRI) on 21 November 2016.

President-elect Donald Trump is in the midst of selecting his national security team. He not only needs to decide the “who,” but also the “how” of national security decision-making. It is unclear whether he will adopt Ronald Reagan’s model of entrusting empowered Cabinet secretaries to handle such matters; follow in Richard Nixon’s footsteps of retaining close control over foreign policy within the White House through the National Security Advisor; or emulate George H.W. Bush’s hybrid “gang” blending both White House staff and senior officials.

Beyond his staffing choices, the president-elect and his counselors must also be prepared to tackle a series of questions about U.S. foreign policy and defense strategy, both to inform his continuing selection of personnel to serve in his administration and to shape his conversations with foreign leaders who are anxious to take the temperature of the new Chief Executive. In addition, his answers will be critical if he wants to link his campaign promises with actual policies.

END_OF_DOCUMENT_TOKEN_TO_BE_REPLACED

A Look at the American ‘Countering Violent Extremism’ Strategy 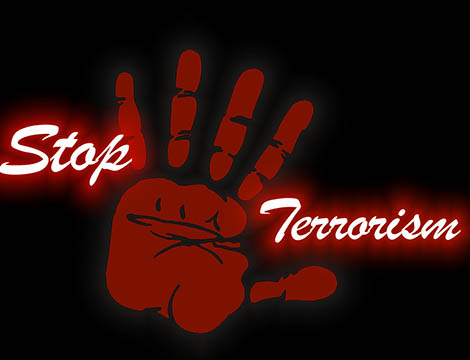 This article was originally published by Saferworld on 26 July 2016.

The US Department of State and USAID have laid out how American development and diplomacy agencies will work together to reduce violent extremism abroad. David Alpher urges caution in the melding of development and security agendas – a prospect that risks undermining the objectives of both.

The Countering Violent Extremism (CVE) agenda has grown so rapidly in American policy that, “at this point,” one government official jokes, “even the lunch ladies in the cafeteria are doing CVE.” The White House held a head-of-state level summit on the subject in 2015, and the State Department recently merged its CVE and counter-terrorism work into one combined bureau—but until May 2016, the term had never been officially uttered by USAID. Alternative phrasing like The Development Response to Violent Extremism, for example—the title of the last USAID report on the subject — helped insulate American development and peacebuilding efforts from the securitized aspects of the rapidly growing CVE agenda.

The Department of State & USAID Joint Strategy on Countering Violent Extremism – released at the end of May, officially changed all that. The strategy sets out how American development and diplomacy will work together to help to reduce violent extremism. Navigating this cooperation is a complicated and at times dangerous path, and following the upcoming election, the next US administration will have a good deal of work ahead to decide whether it is really progress or not. My thoughts on that are here.

END_OF_DOCUMENT_TOKEN_TO_BE_REPLACED

By Caitlin Forrest and Chris Kozak 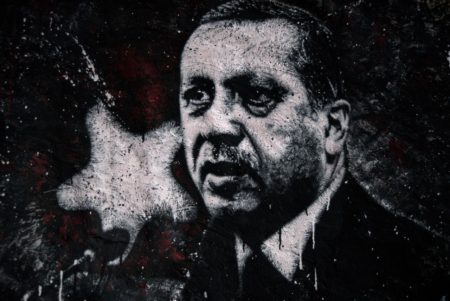 This article was originally published by the Institute for the Study of War (ISW) on 30 June 2016.

ISIS is refocusing its strategy in Turkey towards destabilizing the Turkish state and isolating it from the West. ISIS has two main lines of effort in Turkey. The first is to incite an ethnic war between the Kurds and the Turkish state in order to weaken its opponents in northern Syria and regain freedom of action in southern Turkey. The second is to undermine the Turkish state and punish it for being part of the anti-ISIS coalition through attacks against western targets in Turkey. ISIS has more actively pursued this second line of effort by targeting Westerners in Istanbul beginning in early 2016 while continuing its campaign along the Syrian border. The triple suicide bombing at the Istanbul Ataturk Airport on June 28, 2016 supports ISIS’s stated strategic objectives of seizing Constantinople and undermining the Turkish state by harming the vital tourism industry, targeting infrastructure that connects Turkey to the West, and raising requirements for domestic security services. ISIS has not claimed any spectacular attacks against the state in Turkey in order to avoid a major domestic crackdown that would threaten its freedom of action as well as its cross-border mobility into Syria. Moreover, ISIS already accomplishes its objectives in Turkey through spectacular attacks without risking a claim.

ISIS’s evolved strategy in Turkey mirrors a corresponding shift in the policies pursued by Turkey towards the group. Turkey joined the international anti-ISIS coalition in September 2014 but initially avoided overt confrontation with ISIS. Turkey instead tolerated ISIS as a vector to apply indirect pressure on Syrian President Bashar al-Assad and hasten the overthrow of his regime by opposition groups supported by Turkey. ISIS also provided Turkey with a means to contain the Syrian Kurdish YPG, which Turkey views as an existential threat due its affiliation with secessionist agenda of the outlawed Kurdistan Workers’ Party (PKK). Turkey’s reluctance to restrict cross-border flow of foreign fighters and supplies provided ISIS with an incentive to avoid conducting terrorist attacks inside the country and jeopardizing its freedom of movement through Turkey to Syria. Turkey altered its calculus after the U.S.-led anti-ISIS coalition deepened its cooperation with the Syrian Kurds throughout early 2015, enabling the YPG to secure major gains along the Syrian-Turkish Border. The prospect of further motion towards a contiguous autonomous zone in Northern Syria controlled by the Syrian Kurds prompted Turkey to deepen its own engagement with the coalition. The coalition also acted to encourage this decision through the use of alternating incentives and disincentives meant to influence decision-making in Ankara. The U.S. in particular modulated its provision of aircraft, missile defense systems, rocket artillery, and other high-end capabilities in order to generate a policy convergence on Syria.

END_OF_DOCUMENT_TOKEN_TO_BE_REPLACED

The EU as a Terrorist Target: Why, Where, and How 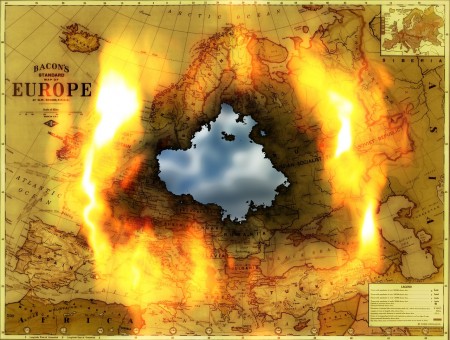 This article was originally published by The European Union Institute for Security Studies (EUISS) on 4 May 2016.

As an international actor, the EU can expect to win enemies as well as admirers. Two recent terrorist attacks in close succession – the first targeting an EU military mission in Bamako, the second in the ‘EU quarter’ in Brussels – seemingly confirm this. They also lend weight to the argument that if member states want the EU to be a robust international actor, they must give it the counterterrorist powers to protect itself. But is the EU facing a classic terrorist logic of action-and-reprisal and, if not, what exactly is the EU’s risk profile?

A player and a pole

On 22 March, bombs were detonated in the public area of Brussels Zaventem airport, raising concerns about the vulnerability of Europe’s interconnected infrastructure networks – a particular preoccupation of the European Commission. Already last year, the Thalys train was the subject of two terror scares, showing that Islamists are ready to disrupt Europe’s transport systems. Now it has emerged that the perpetrators may have been eyeing harder infrastructure targets across Europe, including such critical infrastructure as nuclear power plants.

Another bombing occurred in Brussels that day, in a metro station serving the EU quarter. Although at least one of the attackers had been employed in an EU institution (as a cleaner) there is no evidence that the terrorists were directly targeting EU buildings or personnel. But, as Islamist media feeds now boast about having ‘attacked the heart of Europe’, the seed of an idea may well have been planted. Indeed, there are indications that the terrorists had been scoping the city’s diplomatic buildings (choosing the metro only because of the crowds and softness of the target).

END_OF_DOCUMENT_TOKEN_TO_BE_REPLACED 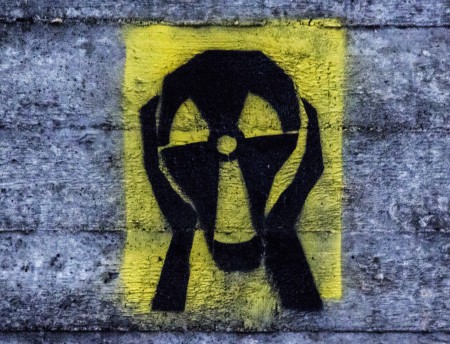 This article was originally published by RSIS on 12 April 2016.

The recent Nuclear Security Summit 2016 in Washington DC highlighted the pervasive threat of nuclear terrorism, for which governments see the need to commit more resources and prioritise the issue as a primary national security agenda.

Since the biennial Nuclear Security Summit (NSS) ended its 2016 instalment in the United States, stakeholders and policy analysts are left searching for an equivalent high-level platform with the same mission. The critical role to enhance nuclear security has expanded with the threat of nuclear terrorism growing. Investigative works on the recent attacks in Paris and Brussels highlighted that terrorist organisations could be after radiological materials that will enable them to construct a crude nuclear bomb.

During the nongovernmental experts meeting of the NSS, Argentine ambassador Rafael Mariano Grossi mentioned that, unlike nuclear safety which has established quantitative guidelines, nuclear security requires variable policing efforts that are difficult to agree upon at the international level. Instruments such as the Convention on Physical Protection of Nuclear Materials (CPPNM) and the International Convention for the Suppression of Acts of Nuclear Terrorism (ICSANT) have not been universally adopted, and could therefore pose a challenge in dealing with terrorism that is global in nature. As such, initiatives to deal with the threats of nuclear terrorism have been mostly adopted at the national level.