Central African Republic: How Strong Is The Peace Deal? 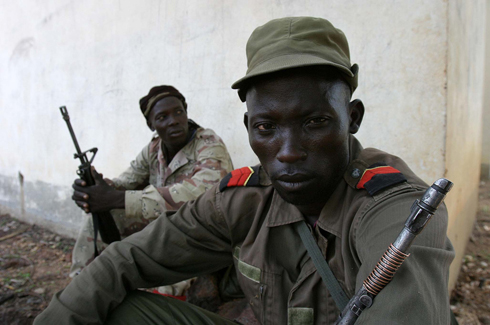 On January 11, the Central African Republic (CAR) government, led by President François Bozizé, and the rebel coalition Séléka signed a new peace deal. The agreement comes after a month of political and military instability that saw rebels advance on the capital Bangui in an attempt to overthrow Bozizé during a military advance. It is expected that the peace deal will result in the naming of new a prime minister and the formation of a government of national unity. According to Centrafrique Presse Info, President Bozizé is expected to respect the decision to appoint Nicolas Tiangaye, [fr] a lawyer and former president of the Central African Human Rights League, as the country’s new prime minister. END_OF_DOCUMENT_TOKEN_TO_BE_REPLACED