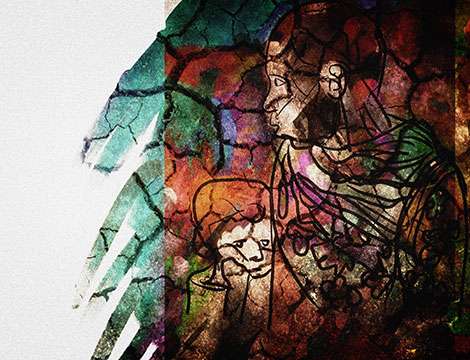 Courtesy of Surian Soosay/Flickr. (CC BY 2.0)

This article was originally published by IPI Global Observatory on 21 March 2017.

Developing a “security pact” to tackle insurgent jihadists al-Shabaab, who continue to stifle state-building efforts, is one of the key agenda items at the upcoming high-level conference on Somalia scheduled for May this year in London. This complex challenge first depends on identifying what makes al-Shabaab such a resilient movement. Despite some success on the battlefield, this is an understanding that has largely escaped Somalia’s various security forces—and their international supporters—until now.

Donors such as the United Kingdom, European Union, and United States have spent hundreds of millions of dollars on Somalia’s security services, including 1.8 billion euros pledged in September 2013 as part of the “New Deal Compact.” Yet al-Shabaab remains a potent force throughout most of the country. The London conference thus presents an opportunity to develop security architecture—and associated justice mechanisms—more in line with previous political progress in Somalia.

END_OF_DOCUMENT_TOKEN_TO_BE_REPLACED

Paying for AMISOM: Are Politics and Bureaucracy Undermining the AU’s Largest Peace Operation? 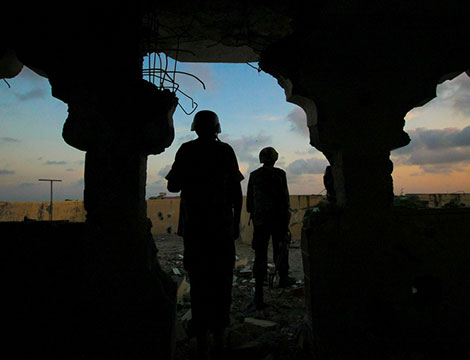 END_OF_DOCUMENT_TOKEN_TO_BE_REPLACED

Somalia’s Al-Shabaab Down but Far from Out 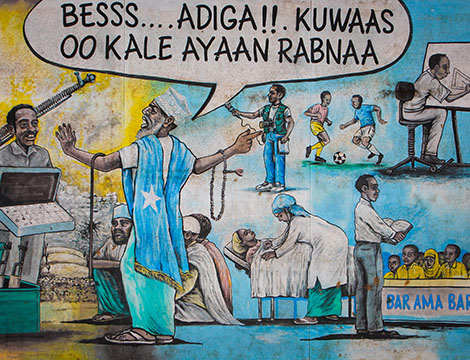 This article was originally published by the International Crisis Group on 27 June 2016.

Somalia’s militant group, Al-Shabaab, has often defied its adversaries’ claims that it is in decline. In recent months, however, the movement has suffered setbacks, including territorial losses, high-ranking commanders killed and defections. The Somali Federal Government (SFG) and its internal, regional and international allies need to be clear-sighted about the reasons for these, and what they can do to stop another Al-Shabaab recovery.

Al-Shabaab’s set-backs – and fewer attacks by the movement during the Ramadan holy Muslim month of fasting than in previous years – are the result of three distinct and unrelated factors. First, an enhanced and largely externally directed and funded campaign including drone strikes has eliminated high-profile leaders and diminished its military capacity. Second, some of Somalia’s new federal units are demonstrating greater military effectiveness, even if they and the government still rely primarily on clan-based militias. Third, the Islamic State (IS) has challenged Al-Shabaab’s greatest internal vulnerability – its ideological cohesion.

Whether the Somali government and its allies can advance their cause will largely depend on greater agreement on priorities and coordination of action – no easy task, given the wide and diverse range of external and internal actors.