Bruce Riedel on the US Af-Pak Strategy

Bruce Riedel chaired the task force who reviewed the US strategy in Afghanistan and Pakistan last winter.

The Centre for International Policy Studies (CIPS), an ISN partner, has published a podcast of his talk at the Ottawa Roundtable on Security and Intelligence.

After a long career at the CIA and advising three US presidents to the US presidency, Riedel is now a senior fellow at the Brookings Institution.

In his talk, he presents the key conclusions of the Af-Pak strategic review released in March 2009. By the way, here is the US white paper summarizing the recommendations which came out of the review.

Riedel also outlines developments in Afghanistan and Pakistan in the last six months and looks at the direction US policy is likely to, or should, take.

Further ISN resources on the topic:

Ready for My Close Up Mr Saakashvili 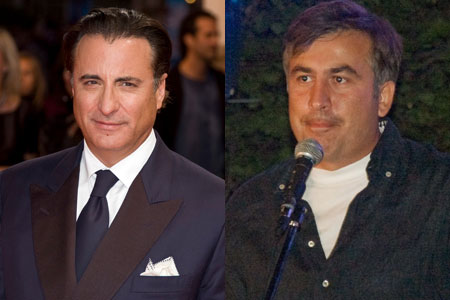 If you squint really, really hard...

In what should be a record for the quickest turnaround from real life to “reel” life, the events of the 2008 South Ossetia War may be on their way to a screen near you.

Who’s backing the project? The article says Papuna Davitaia, “a parliament deputy from Saakashvili’s ruling United National Movement” is a producer (meaning, he’s one of the money men). IMDB says “Mizra Davitaia.” I’m going to assume Papuna and Mizra are one in the same.

Now remember, the EU found that both sides bore equal responsibility (or at least shifting), for the conflict. But with Georgia money shoring up the production, should we guess who’ll wear the white hat?

But there are more important questions to ask, like who will play Putin.

I vote for Bruce Willis.

Want to know more about South Ossetia without the lights, cameras and action? Here you go.

ISN Weekly Theme: Past, Present and Future of OSINT 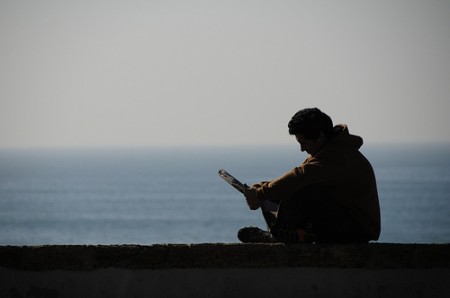 Open source intelligence (OSINT) has garnered a lot of attention in the security community in the recent years, but the gathering and analysis of readily available material for intelligence purposes isn’t new. The history of OSINT goes back to pre-WWII days. This week, we’re offering an in-depth examination of OSINT, starting with our latest edition of ISN Podcasts. In Past, Present and Future of OSINT, Professor Arthur S Hulnick discusses the role OSINT has played in the intelligence arena.

The Intricate Ways of Cybersecurity

The CSS Expert Community “Crisis and Risk Network” (CRN) has just released a new report on strategies and policies in the field of Cybersecurity. Based on the cybersecurity strategies of the US, the UK, NATO and other actors, the paper explores what cybersecurity actually means, puts forward possible responses to the perceived threats and discusses that with a focus on the Swiss situation. The authors argue that the underlying problem to cybersecurity policies is that it remains unclear what is threatened, who is threatening, and what the potential consequences of cyberattacks could be.

The paper can be downloaded here. 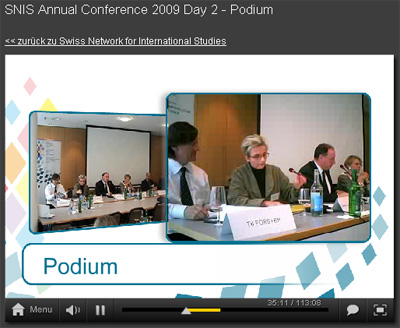 The second day of the SNIS conference was devoted to interaction between the academic and policy worlds (I introduced the conference in my previous post).

While everyone agreed that not all research must necessarily be policy relevant, the participants stressed the need for more cooperation.

The tension between demand-driven research and academic excellence dominated the discussions. On the one hand, research should provide information to help solve practical policy problems. On the other hand however, research must remain independent from the policy realm in order to guarantee objectivity and innovation.

A panelist argued that this tension was very present among European researchers, but that it didn’t bother US academics as much. Fellow Americans, if you read this, how did you solve the problem?

Here are a few (summarized) thoughts from panelists, both academics and policymakers. END_OF_DOCUMENT_TOKEN_TO_BE_REPLACED