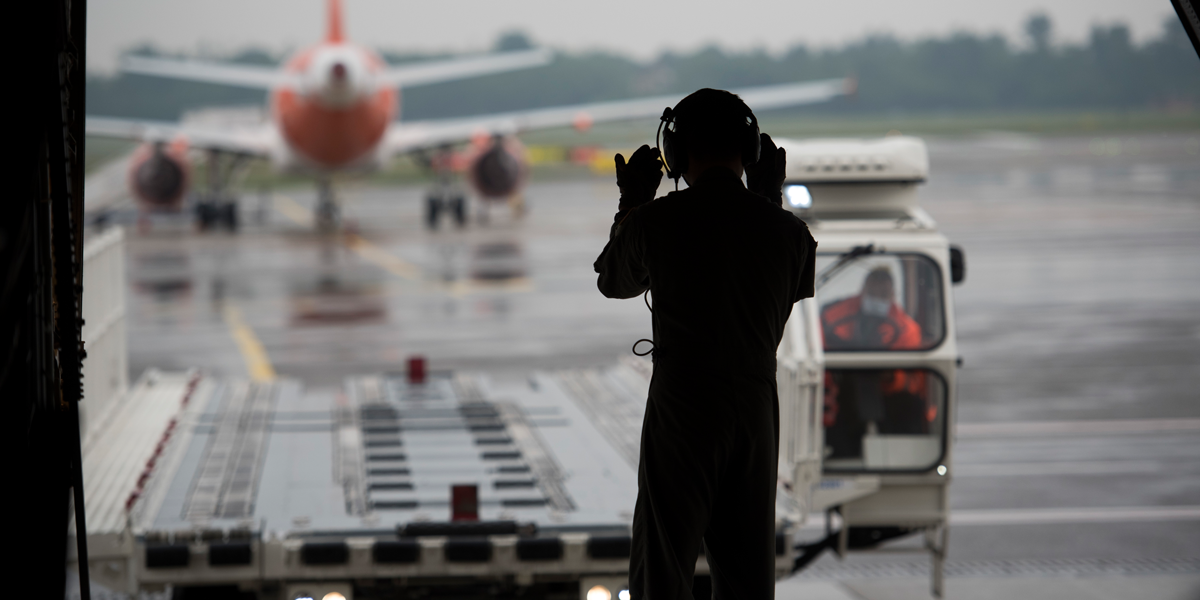 Although the coronavirus pandemic did not trigger a transatlantic response, NATO found relevance in support of the civilian response: airlifting medical equipment and countering disinformation. The pandemic gives Allies renewed impetus to strengthen resilience and NATO to complement the national efforts in doing so.

The crisis that has been facing the transatlantic alliance since the election of US President Donald Trump culminated last year, when French President Macron said that NATO was in danger of becoming brain-dead. Macron argued that the Alliance was losing direction because of Trump’s focus on NATO as a commercial project and the lack of coordination on strategic issues. On the surface, the corona crisis seems to support Macron’s point. Western societies were hit by a pandemic that had the potential to kill as many people as a war but failed to unite around a transatlantic response to counter it.

Moreover, the corona crisis caused NATO to cancel a number of military exercises, including ‘Cold Response 2020’ in Norway and ‘Defender Europe-20’, in which the US was supposed to deploy the largest number of troops (20,000) to Europe in 25 years. The cancellation of exercises may negatively impact the perception of NATO’s resolve to deter hostile action. Worse still, the pandemic may affect the Alliance’s long-term military readiness due to declining defense budgets, as governments can be expected to prioritize the financing of stimulus and social security packages. The full picture will become clearer with the gradual opening of societies.

The Significance of Resilience

However, the corona crisis may not be the strong confirmation of NATO’s irrelevance that it may at first seem, but a test of the resilience of Allies, from which they may emerge stronger. The pandemic is a scenario where the militaries are not the primary responders but nevertheless relevant in facilitating the civilian effort to mitigate the harm to societies. Resilience is not a new task for NATO, dating back to Article 3 of its founding treaty, which commits Allies to maintaining and developing their individual and collective capacities to resist an armed attack. Allies were already supposed to have the capacity to bounce back from major shocks such as natural disasters or infrastructure breakdowns through a combination of civilian preparedness and military capacity.

At the Warsaw Summit in 2016, NATO stepped up its commitment to resilience by outlining seven baseline requirements for Allies, focused on continuity of government and essential services and the security of critical civilian infrastructure. NATO’s subsequent resilience assessment in 2018 provided guidelines for Allies on how to enhance the levels of preparedness. NATO also strengthened its partnership with the EU due to the significant civilian assets it coordinates. NATO’s impetus to boost resilience in 2016 was Russia’s hybrid warfare but soon came to extend beyond this: In 2019, the Alliance recognized the need to rely on secure and resilient communications systems in view of China’s rise as 5G network provider.

The corona pandemic, when it struck this year, proved to be a different kind of resilience test that did not result from any actor’s deliberate action but caused doubts about the national capabilities to cope with the health burden. NATO responded to requests from both Allies and partners for the transportation of medical supplies and personnel through the Euro-Atlantic Disaster Response Coordination Center (EADRCC). NATO carried out more than 100 transport missions, facilitated the construction of field hospitals, and supplied tens of thousands of treatment beds. The Alliance also extended its strategic airlift to the UN’s effort to coordinate a global humanitarian response to the pandemic. It continues to monitor and assess the impact of the crisis with a view to facilitating an exchange of information and best practices among Allies.

The crisis, moreover, called on NATO to adapt its counter-disinformation effort. The most notorious attempt was a fake letter announcing the withdrawal of NATO troops from Lithuania, which obviously tried to foster anxiety about the Alliance’s eastern deterrent. NATO reassured the world that its deployments and air policing would remain operational. While NATO specifically targeted Russia’s disinformation about the impact of the corona crisis, it publicly stated that Beijing is also  behind the attempts to undermine Alliance resolve and public trust of national authorities by misleading people about the gravity of the health crisis. NATO realizes that it needs to occupy the information domain as part of the preparedness for a crisis, to reduce the space for foreign destabilization and to contribute to an informed environment for states and citizens to react optimally.

Although NATO mobilized its relevant capabilities to alleviate certain countries’ need for medical equipment, it is a source of concern that a pandemic of this magnitude was the resilience scenario that Allies were arguably the least prepared for. This is especially so since in Warsaw in 2016, NATO specified sufficient health systems and medical supplies to deal with mass casualties as one of the seven baseline requirements to enhance the resilience of the Alliance. In the words of Secretary-General Stoltenberg, NATO is now looking into how to update the requirements for protective equipment and how to address the pandemic’s potential second wave.

NATO established a ‘COVID-19 Task Force’ within its Allied Command Operations in Belgium to develop its own military posture to counter future pandemics. In the words of the Task Force Commander, NATO enhances the combined action of Allied forces through strategic coordination of military support with its partners, modeled on the current role of the EARDCC in delivering equipment. Similarly, the initial uncoordinated response to the coronavirus among Allies shows NATO’s situational awareness and capabilities can play a meaningful role to counter pandemics or any other threat that transcends borders. Notably, the Alliance launched a practical scientific project to develop new tools for a rapid and accurate diagnosis of the coronavirus.

Beyond the current pandemic and the possibility of others in the future, NATO cannot ignore the scenario that the coronavirus crisis  may inspire potential aggressors. It is a scary real-life scenario of the paralysis a state or a non-state actor can cause to societies through a biological attack. Thus, the NATO Secretary General in April this year appointed a group of experts for a forward-looking reflection process that, among other things, will revisit the commitments of NATO’s Chicago Summit in 2012. Allies then agreed they would ‘undertake initiatives to enhance the prevention of and resilience to acts of terrorism’, including awareness about threats and the capabilities to counter them.

For NATO as a military alliance and the civilian societies it protects, the pandemic underlines that resilience matters across all sectors. While NATO is now moving to overcome the deficiencies that have been exposed, at the end of the day, the Alliance can only complement national efforts to enhance resilience. The fact that no one seriously believed that a pandemic in our time could have such a devastating effect calls for a more fundamental re-evaluation of the individual abilities of Allies to reduce their vulnerabilities to unexpected shocks. This holds important lessons not only for health preparedness but also for secure communications systems, pending the decision in many countries about the choice of future 5G providers.

Henrik B. L. Larsen is a Senior Researcher in the Swiss and Euro-​Atlantic Security Team at the Center for Security Studies (CSS) with a focus on NATO and transatlantic security.

One reply on “The Pandemic Could Enhance NATO’s Resilience”

I appreciate very much Henrik Larsen’s article which was very instructive and insigntful.I think the major drawbacks the NATO have ben facing specifically from the fall of the soviet union was the inconsistent paradigm this collective security organisation is approaching its objectives,actually through cold war le nses.The fundalental lesson NATO should hold from the covid-19 pandemic is that the wars ahead are expected to Be not traditionally major ward with confrontation with great powers,but merely elusive and novel scenario where probably proxy non-actifs sparking off a worlwide conflictuels throug weapons of mass destruction and in particular the bioweapon,most efficient and easy to spread out to great areas of the universe.western societies to cope with this unpreparedness whose states are members of NATO should imitate swiss model of(nuclear) sheltering during the cold war.thanks