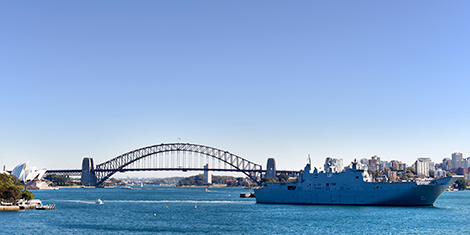 This article was originally published in the Strategist by the Australian Strategic Policy Institute (ASPI) on 29 April 2019.

The 2016 defence white paper and the decades-long integrated investment program will deliver a future force that includes 72 joint strike fighters, several hundred infantry fighting vehicles, nine new frigates and 12 new submarines. F-35 deliveries have started but the ‘future’ frigate and submarine programs were well named: the Hunter-class frigates will turn up, all going well, between 2028 and the early 2040s, and the first Attack-class submarine is scheduled to enter service in 2035, with the 12th in the mid-2050s.

END_OF_DOCUMENT_TOKEN_TO_BE_REPLACED 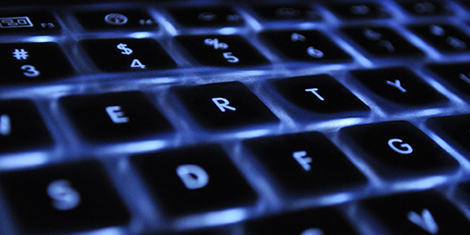 This article was originally published in The Strategist by the Australian Strategic Policy (ASPI) on 12 April 2019.

END_OF_DOCUMENT_TOKEN_TO_BE_REPLACED

Gross Domestic Expenditure on Research and Development: USA and China 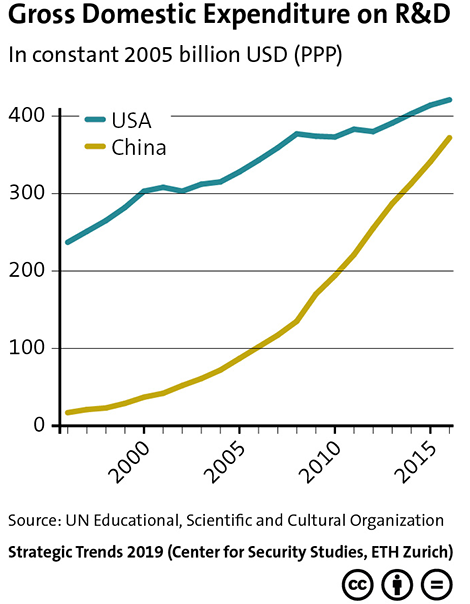 This week’s featured graphic charts the convergence of Chinese and US GDP expenditure on research and development. Does it suggest that the West is about to lose its edge in military technology? Michael Haas thinks so. Read his Strategic Trends 2019 chapter in on the eclipse of Western military technology superiority here to find out why.  For more CSS charts, maps and graphics on economics, click here.

Huawei and 5G: What Are the Alternatives? 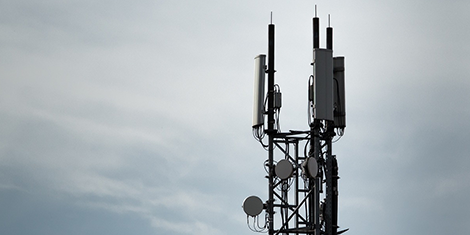 This article was originally published in The Strategist by the Australian Strategic Policy Institute (ASPI) on 8 March 2019.

Speaking about his politically embattled company’s chances to build national 5G networks, Huawei founder and CEO Ren Zhengfei recently told the BBC, ‘If the lights go out in the West, the East will still shine. And if the North goes dark, there is still the South.’

He’s right. Unless something changes in the near future, Huawei is going to win the fight for 5G in the developing world.

END_OF_DOCUMENT_TOKEN_TO_BE_REPLACED

Preparing for “NATO-mation”: The Atlantic Alliance toward the Age of Artificial Intelligence 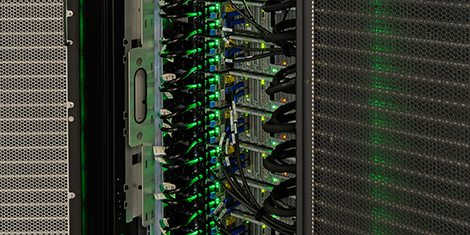 This article was originally published by the NATO Defense College (NDC) in February 2019.

The unprecedented pace of technological change brought about by the fourth Industrial Revolution offers enormous opportunities but also entails some risks. This is evident when looking at discussions about artificial intelligence (AI), machine learning (ML) and big data (BD). Many analysts, scholars and policymakers are in fact worried that, beside efficiency and new economic opportunities, these technologies may also promote international instability: for instance, by leading to a swift redistribution of wealth around the world; a rapid diffusion of military capabilities or by heightening the risks of military escalation and conflict. Such concerns are understandable. Throughout history, technological change has at times exerted similar effects. Additionally, human beings seem to have an innate fear that autonomous machines might, at some point, revolt and threaten humanity – as illustrated in popular culture, from Hebrew tradition’s Golem to Mary Shelley’s Frankenstein, from Karel Čapek’s Robot to Isaac Asimov’s I, Robot and the movie Terminator.