It was the first Sunday of Advent and a black day for everyone who cherishes the values of enlightenment. It was unexpected since everyone seemed to be against it: almost all political parties, the national churches, representatives of the economy and many other organizations.

But it happened still: The Swiss banned the construction of minarets in yesterday’s vote.

Reactions after the result were impressive. Within minutes I received text messages and Facebook group invitations from all sorts of people. One of the groups is “I am ashamed of the results of the Anti-Minaret initiative!.” When I wanted to invite more friends to join I realized that they were all already there – from the most conservative to the most liberal people I know.

END_OF_DOCUMENT_TOKEN_TO_BE_REPLACED

Focusing on contemporary challenges, this major new Handbook offers a wide-ranging collection of cutting-edge essays from leading scholars in the field of security studies.

The field of security studies has undergone significant change during the past 20 years, and is now one of the most dynamic sub-disciplines within international relations. It encompasses issues ranging from pandemics and environmental degradation to more traditional concerns about direct violence, such as those posed by international terrorism and inter-state armed conflict. A comprehensive volume, comprising articles by both established and up-and-coming scholars, the Handbook of Security Studies identifies the key contemporary topics of research and debate today.

This work is a benchmark publication with major importance both for current research and the future of the field. It will be essential reading for all scholars and students of security studies, war and conflict studies, and international relations.

The Handbook can be purchased online.

For more information on international security check out the ISN website.

With energy security at the top of the global agenda, Energy and the Transformation of International Relations examines the development of a new producer-consumer framework. As the era of cheap energy comes to an end, Asia’s demand for energy grows, and concerns over climate change increase, it is clear that the old framework is no longer sustainable in this new era. This book examines the evolving relations between the key producers (Middle East, Russia, Latin America and Africa), traditional consumers (the US and Europe), and new consumers (China and India) as they adjust to the changing marketplace and political realities. At the center of the book is the key question of how dynamics in the global energy market affect the nature of international relations. The authors argue that while conflict over resources is possible, there are many opportunities for international cooperation regarding energy resources.

The book can be purchased online.

For more information on energy security check out the ISN website. 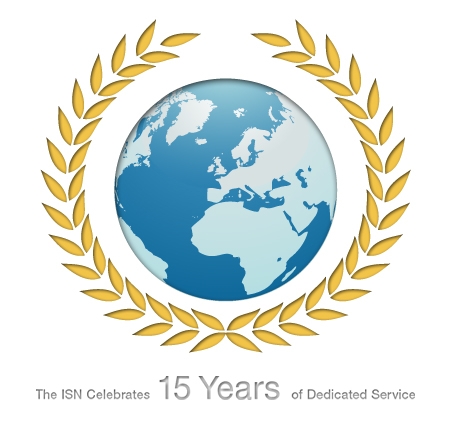 Europe aims to be the world’s most competitive and dynamic knowledge economy. To this end, the EU set up different framework programs (FPs) to fund research in almost all scientific fields. The budget of the current program (FP7) amounts to the remarkable sum of EUR 1.4 billion – a bunch of golden pots attracting researchers and practitioners from all over Europe.

Those working on the ‘security research‘ theme are currently in Stockholm at the SR Conference hosted by the Swedish EU Presidency. The objective of the security theme is to develop technologies and knowledge to protect citizens from threats such as terrorism, natural disasters and crime while respecting their privacy and fundamental rights. In his opening speech Vice-President of the European Commission Günter Verheugen reminded the representatives of the industries such as Boeing, Saab, Thales or EADS as well as civil servants and academics that technology alone cannot do the job pointing to the political and ethical dimension of security research. “Our security must be based on our values,” he stated.

The annual conference is the meeting place for security stakeholders to debate Europe’s research agenda. EU representatives outline the Union’s priorities and expectations to those interested in conducting the research and implementing the results. They then take the opportunity to coordinate their efforts, fine tune their proposals and find new partners to work with.

As a long-standing network for IR professionals offering information on a wide range of security related issues, the ISN is of great interest to the conference attendees. Some require to learn about a specific topic such as energy security, others are interested in joining our partner network, want to write for us or simply learn more about our activities such as e-Learning.

There are also those who know us already. Their compliments are very reassuring of the work we do and motivating to keep up our high standards. “I learnt about you at last year’s conference and am now a big fan of your Security Watch service, ” one of the visitors said.