Indecision and Justice in Kenya 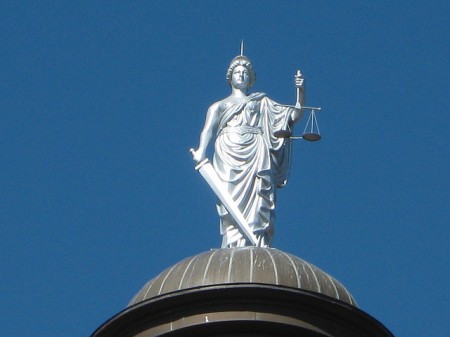 As the International Criminal Court (ICC) starts an investigation into its most high-profile suspect yet – Libya’s “Brother Leader” Muammar Gaddafi – politicians in a far more democratic country, 2,700 miles to the southeast, are also looking to evade the long arm of the law.

Kenya became the 98th member of the International Criminal Court in March 2005, when it ratified the Rome Statute. Over the past three months, the ICC has issued Kenya with summonses for the ‘Ocampo Six’: six individuals, both in and out of government, deemed by Chief Prosecutor Louis Moreno Ocampo to be those most responsible for the post-electoral violence that unfolded in 2007-08, leaving an estimated 1,500 people dead.

Is it really necessary for the ICC to be involved? Could Kenya not prosecute those involved on a purely domestic level? Yes, it could: but only with an adequate institutional framework in place. The Rome Statute provides for the legal principle of complementarity; that is, legitimate local efforts at justice enjoy primacy over international efforts. Politicians in Nairobi, however, have botched various attempts to establish a local tribunal, or to reform their judicial system. Imenti Central MP Gitobu Imanyara has spearheaded the campaign to establish a local tribunal that would meet international standards – in essence, removing the need for ICC involvement. A copy of his bill can be found here. Three attempts to pass the legislative text – February 2009, August 2009 and February 2011 – were, however, defeated as a result of parliamentary infighting. END_OF_DOCUMENT_TOKEN_TO_BE_REPLACED 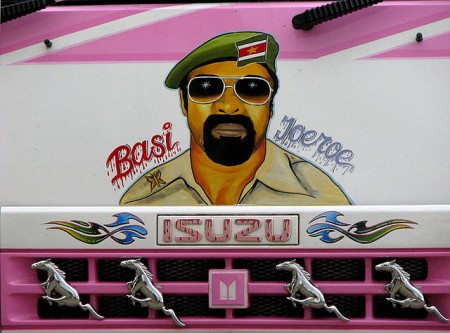 Suriname is not a country which often features in international news. Located on South America’s northern coast between Guyana and French Guiana, many people often forget this former Dutch colony even exists. Being out of the media spotlight has allowed what some might consider unusual developments to occur.

Whilst most states which have experienced military coups and dictatorships celebrate the removal of authoritarian rulers, Suriname went in the opposite direction. After having conceded defeat to Ronald Venetiaan in the 1991 elections after ten years in power, former military ruler Dési Bouterse left the armed forces and instead founded the National Democratic Party (NDP). In July 2010, just under twenty years after being ousted from government, Bouterse was duly elected President of Suriname.

Having gained a taste for power during his decade-long rule in the 1980s, he apparently embraced political life and, rather than instigate another coup, he put himself to the vote. His political campaign targeted the youth demographic, using Bob Marley tracks at his rallies. This age group is especially important for Bouterse as they were not alive when the “December 1982” killings took place, for which he has been on trial since 2007. That a former dictator wanted for murder is now President may lead some to question whether there was underhand political chicanery involved. END_OF_DOCUMENT_TOKEN_TO_BE_REPLACED 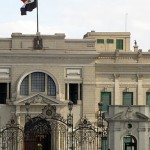 Egypt is at a crossroads. Over thirty years since its political system was last tested – when President Anwar Sadat was assassinated and the little known Hosni Mubarak was thrust into office – the country is facing what, from some angles, might resemble a contest.

There is ample reason to believe that the September 2011 Presidential election will be different to the 2005 vote – when the opposition failed to live up to pre-election hype and, almost without exception, failed to dent the regime’s grip on power. This time there is one crucial difference – the state of the incumbent.

The revelations in the US press in July that outline the Hosni Mubarak’s alleged failing health, along with the unofficial propaganda campaign launched in recent weeks on behalf of Gamal (the President’s oldest son) seem to imply that a transfer of power is planned for next year’s election. However, recent events have challenged western assumptions that a dynastic succession is inevitable.

Local and international media have understandably focused on the campaign of Dr Mohammed ElBaradei, the Nobel Laureate and former head of the UN’s nuclear watchdog, whose international profile has enabled him to harness public support and insulated him from the regime’s traditional means of oppression. Yet there is little evidence to suggest that ElBaradei will be able to translate the torrent of publicity into a movement capable of breaking through Egypt’s prohibitive election laws and competing for the presidency.

Alongside internal criticism of his own performance, ElBaradei has suffered from the perennial problem of uniting the opposition parties. This was brutally emphasized last week when the Muslim Brotherhood, Egypt’s only true political opposition, rejected his plan to make a public show of strength by calling for a boycott of November’s parliamentary elections. While the group has helped ElBaradei raise close to a million signatures for his appeal against the regime, there are few countries who have democratized by petition.

The inevitably undemocratic nature of the election process means that internal opposition is likely to pose the greatest threat to the Mubarak dynasty. For this reason, serious attention should be paid to the recent launch of an anonymous poster campaign backing Egyptian Intelligence Chief General Omar Suleiman for the presidency, which saw the regime respond aggressively by forcing newspapers to destroy 30,000 late editions running the story.

These events expose the very real tensions that exist within the ruling National Democratic Party between the military establishment and the wealthy business elite over the father-son succession. The old guard’s wariness is driven by a desire to maintain the status quo (and the foreign aid that comes with it.) They focus on Gamal’s lack of military ties (he would be the first president without military experience,) his support of economic liberalization, and the challenge to law and order from increasing public opposition to succession.

This is where the real struggle for power will lie if Mubarak senior does not pursue another term in office.

END_OF_DOCUMENT_TOKEN_TO_BE_REPLACED

What do Rwanda, Sweden, Argentina and Finland have in common?

They are the world champions of women in politics. Women make up more than 40 percent of each country’s parliament. Switzerland just joined the club of the women-friendly elite on Wednesday. The Federal president, as well as the speakers of both legislative chambers, are women, and now the Federal Council, the executive organ of the government, has four women among its seven members.

Women’s strong showing in the Swiss executive branch is surprising for several reasons. First, it stands in sharp contrast to women’s representation in the legislature: there, women do not even reach the 30 percent mark –  28.5 percent of parliament members are women, while in the executive, they represent 60 percent.

Second, women only gained the right to vote in 1971. Yes, 1971. The country of humanitarian law and human rights allowed women to vote 51 years after Azerbaijan, 40 years after Sri Lanka and nine years after Afghanistan.

I congratulate members of the Swiss parliament for having elected another woman to the Federal Council to help ameliorate the shame that had made Switzerland look like an undemocratic country.

It can only encourage other countries that have only recently instituted women’s suffrage to believe that rapid progress really is possible.

On the same topic: Check out our recent Special Report “Closing the Gender Gap.” 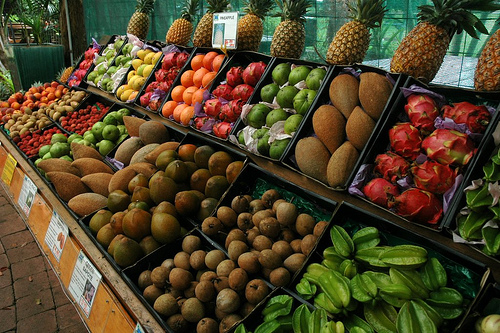 If power were a fruit, I guess it would be an orange: sweet at first, it usually turns out to have a sour after-taste. And if you attempt to savor it whole, it’s very bitter.

I’ve come across a few fruity political metaphors lately. Using sweet comparisons seems to help political correctness.  ‘A spoonful of sugar helps the medicine go down’, as a famous flying nanny once said…

Have you heard about Kenya’s watermelons this week? Not the country’s newest export success, no. In the debate surrounding the new constitution approved in Wednesday’s vote, watermelons are those politicians who are ‘green’ on the outside and ‘red’ on the inside.  Despite apparently being supporters of the new text (green), they are actually against (red) because it threatens some of their privileges, and they will do everything they can to impede its introduction.

Similarly, did you know that the US and the UK produce coconuts? The term is emerging in both countries to designate black people who are ‘white’ inside because they have assimilated white culture. Some like to proudly call themselves ‘coconuts’ as a mark of successful integration or even a kind of higher social status. But others use it to accuse people of betraying their ethnic loyalty, so be very careful before you call someone fruit names. I wonder where Barack Obama stands on this issue?

Finally, no fruit beats the sabra when it comes to political importance. This cactus fruit, usually called prickly pear in English, has played an interesting role in Israeli national identity for a long time. ‘Sabra‘ is used to describe Jewish people born and raised in Israel, as opposed to those who emigrated after its creation. The ‘sabras’  are supposedly rough on the outside, but delicate on the inside. According to Wikipedia, Benjamin Netanyahu is the first sabra Prime Minister… Well, I can definitely see the rough outside!

Do you know of any political fruit to add to this summer salad?