Editor’s note: Our partners at the Pacific Forum have just released the latest edition of Comparative Connections. This triannual publication provides expert commentary on the current status of a selection of bilateral relationships across the Asia-Pacific region. Alongside a chronology of key events, a regional overview places recent developments into a broader and multilateral context. We publish a summary of the September 2013 issue below. The full issue is available for download here.

Regional Overview: Rebalance Continues Despite Distractions by Ralph A. Cossa and Brad Glosserman

It was a rough four months for the US as Washington struggled to convince Asian audiences that the “rebalance” is sustainable given renewed attention to the Middle East, even before the Syrian crises. US engagement in Asia was multidimensional with participation at several ministerial-level meetings, a visit by Vice President Biden, continued pursuit of the Trans-Pacific Partnership, and a show of military capability in Korea. But, it isn’t clear North Korea got the message. Kim Jong Un seems to have adopted his father’s play book: first create a crisis, make lots of threats, and follow up with a “smile diplomacy” campaign. So far, Washington has stuck to its game plan, insisting on a sign of genuine sincerity before opening a dialogue with Pyongyang. Finally, the US image in the region was damaged by revelations about classified NSA intelligence collection efforts. END_OF_DOCUMENT_TOKEN_TO_BE_REPLACED CAMBRIDGE – When US President Barack Obama and Chinese President Xi Jinping met for their “shirt-sleeves summit” in California last month, North Korea was a major topic of conversation. The subject was not new, but the tone was.

More than two decades ago, the International Atomic Energy Agency caught North Korea violating its safeguards agreement and reprocessing plutonium. After the North renounced the subsequentAgreed Framework, negotiated by President Bill Clinton’s administration, in 2003, it expelled IAEA inspectors, withdrew from the Nuclear Non-Proliferation Treaty, and has since detonated three nuclear devices and conducted a variety of missile tests. END_OF_DOCUMENT_TOKEN_TO_BE_REPLACED In its latest attempt to raise war fever on the peninsula, North Korea has asked foreign embassy personnel to consider evacuating. But the North’s overheated rhetoric is obscuring a real threat posed by its nuclear and missile potential. Its nuclear test on February 12 showed it is on the way to perfecting a compact weapon capable of being mounted on a missile. It now says it will restart its nuclear reactor at Yongbyon to generate plutonium, and will continue enriching uranium for weapons. And it may be moving to test-launch a new missile capable of reaching Japan or possibly Guam.

The nuclear test set off renewed talk in Seoul and Tokyo about nuclear arming of their own, prompting Washington to try to reassure its allies through deterrence. Yet, doing so has done little to make Korea or the region more secure. END_OF_DOCUMENT_TOKEN_TO_BE_REPLACED

BERLIN – The world’s task in addressing North Korea’s saber rattling is made no easier by the fact that it confronts an impoverished and effectively defeated country. On the contrary, it is in such circumstances that calm foresight is most necessary.

The genius of the Habsburg Empire’s Prince Klemens von Metternich in framing a new international order after the Napoleonic Wars was that he did not push a defeated France into a corner. Although Metternich sought to deter any possible French resurgence, he restored France’s prewar frontiers. END_OF_DOCUMENT_TOKEN_TO_BE_REPLACED 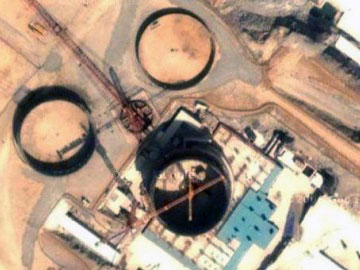 In English slang, “pickle” means a bad situation or a state of disorder. The provenance is Shakespeare’s “The Tempest.” And pickle well applies to the nuclear ambitions of North Korea, Iran and U.S. policy.

Last week, Pyongyang announced it had exploded a nuclear device measuring about 10 kilotons, smaller than the bombs that fell on Hiroshima and Nagasaki during World War II. How close North Korea is to “weaponizing” a bomb is unknowable as is whether this test remains a highly dangerous science experiment.

Despite the huff and puff of the second Bush administration over preventing North Korea from exploding a nuclear device, today no one seems terribly perturbed. China is in a key position to restrain North Korea but hasn’t so acted. While Japan and South Korea have a nuclear “breakout” capacity, there are no signs that an arms race will follow.

So, no matter the rhetoric, North Korea has become the newest, uncontested member of the nuclear club nearly two decades after Pakistan joined. END_OF_DOCUMENT_TOKEN_TO_BE_REPLACED