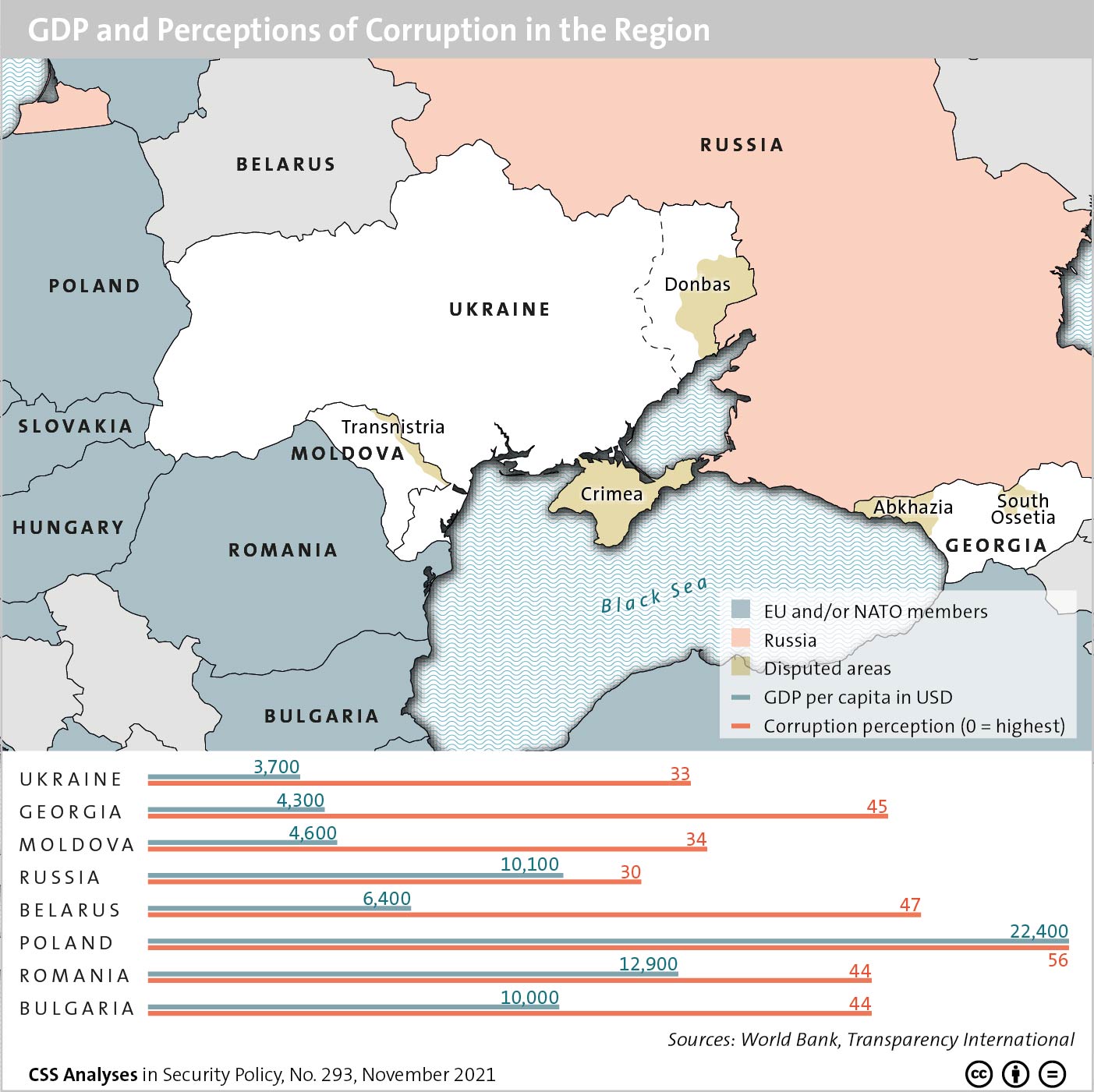 This week’s featured graphic shows the GDP as well as perceptions of corruption in Eastern Europe. For more on the latest economic and political developments of the Ukraine, Georgia and Moldova, read Henrik Larsen’s CSS Analysis in Security Policy here.

This article was originally published by EurasiaNet.org on 11 September, 2015.

The ongoing protest in the Moldovan capital Chișinău is posing a fresh test of Russian state-controlled media’s ability to project Kremlin geopolitical preferences.

Regional analysts assert that Moscow is viewing the protest as another Western-orchestrated, Euromaidan-like disturbance that constitutes a threat to Russian national interests. Not surprisingly, then, Russian broadcasters and print outlets are striving to shape a news narrative in which the protest is an expression of the population’s discontent with Moldova’s European Union integration efforts.

END_OF_DOCUMENT_TOKEN_TO_BE_REPLACED

Editor’s note: This article was originally published by PISM on 11 April 2014.

Speeding up Association after Ukraine
If just a year ago Moldova’s reputation as a front runner in the Eastern Partnership (EaP) was endangered by a months-long domestic political crisis, the new Pro-European Coalition (PEC), in place since 30 May 2013, has so far demonstrated relative stability and an ability to withstand Russian pressure. Yet such political determination would not have been sufficient had it not been for the developments in Ukraine—first the EuroMaidan protests and then the crisis in Crimea—which made the EU understand the threats to the association process if prolonged further. As such, an Association Agreement (AA) with Moldova was initialled at the Vilnius Summit in November 2013 and is planned to be signed as soon as in June. Visa liberalisation was also accelerated and finalised: in mid-November the European Commission announced completion of the implementation of the visa liberalisation action plan, and visa requirements will be abolished for Moldovans (holding a biometric passport) from 28th April. The technical progress of association is also accompanied by more financial support and a visible intensification of political backing from the West, translated into frequent high-level visits to Chisinau.

END_OF_DOCUMENT_TOKEN_TO_BE_REPLACED

This pledge was, however, not adhered to.