Reflecting on the Baltics

Estonian and American troops during an exercise, Photo: Wikimedia

This article was originally published by Stratfor on 15 June 2014.

About two and a half years ago, while spending a few months in Ukraine, I left Kiev to take a trip through the Baltic states. On a cold winter day in the middle of October, I flew into Tallinn, the capital of Estonia. From there I would travel exclusively by bus from Tallinn on the Baltic Sea to Tartu in southern Estonia, then on to Riga, Latvia, and finally to Vilnius in southern Lithuania. END_OF_DOCUMENT_TOKEN_TO_BE_REPLACED 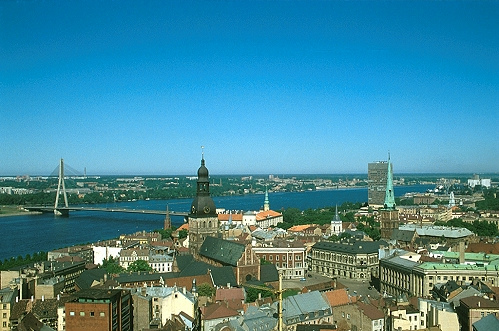 This Saturday, Latvia will hold its first parliamentary elections after suffering the deepest recession in the EU last year. The vote could well determine whether the small Baltic state with its 2 million inhabitants will remain on track for entry into the eurozone in 2014.

A recent poll has found that the ruling center-right coalition government of Valdis Dombrovkis still has a slim chance of remaining in power. The government has managed to stabilize the economy with an IMF and EU- backed austerity program.

However, uncertainty remains due to an expected strong showing by the left-leaning Harmony Center party, a Russian-speaking opposition minority group, which hopes that anger over the austerity measures will win it most votes and a possible place in government for the first time since the country regained independence 20 years ago.

Explore our holdings on Latvia, our keyword in focus. Some highlights include: