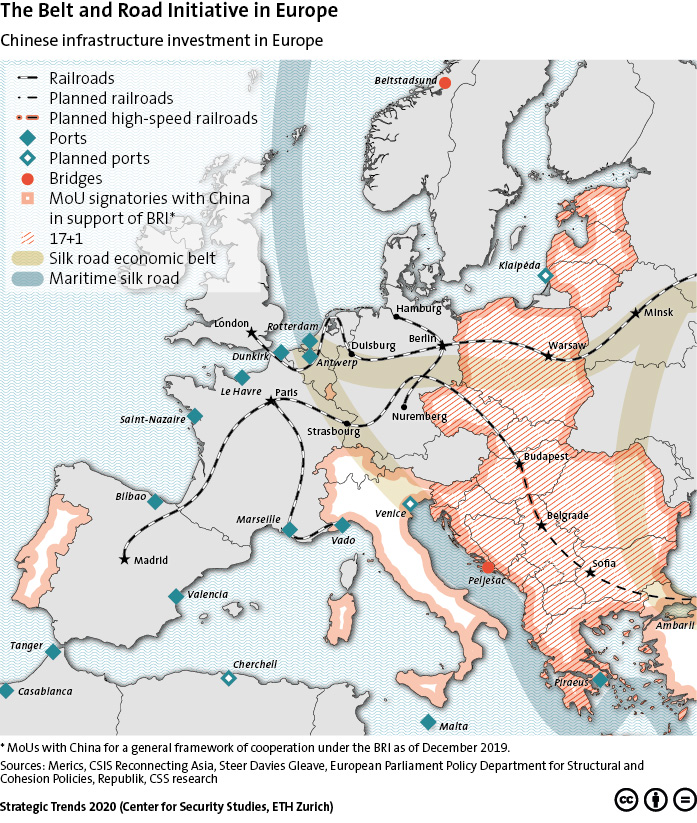 This graphic maps China’s infrastructure investment in Europe related to the Belt and Road Initiative (BRI), including planned and completed railroads, ports and bridges, among other projects.

For an insight into the implications of China’s BRI and targeted influence attempts for Europe, read Linda Maduz and Henrik Larsen’s Strategic Trends 2020 chapter here.

This graphic maps the various landing stations of submarine cables in both the US and China. To find out about cybersecurity in Sino-American relations, see Marie Baezner’s recent addition to the CSS’ Analyses in Security Policy series here. For more CSS charts and graphs on defense policy, click here.