Bridgebuilding without Foundations: Reflections on the Austrian OSCE Chairmanship in 2017 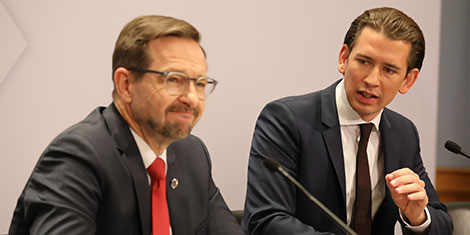 Austria’s 2017 OSCE Chairmanship concentrated on improving the situation of civilians in conflicts, countering the danger of radicalization and rebuilding trust within the OSCE. Yet, deteriorating US-Russian relations prevented substantial successes of an engaged Chairmanship.

END_OF_DOCUMENT_TOKEN_TO_BE_REPLACED

Austria’s Withdrawal from the Golan Heights: A Hasty Good-Bye

On the 6th of June, after only two hours of reflection, the Austrian government ordered the withdrawal of its peacekeepers from the Golan Heights, thus ending its 39-year engagement in the area.  In an official statement, the 380 UN peacekeepers were pulled out because of the “continuing deterioration of the situation in the area.”

In the months leading up to the withdrawal, UN troops had witnessed increasing spill-over from the conflict in Syria, with mortars hitting the Israeli-controlled parts of the Golan Heights. When Syrian rebels seized control of the strategically important Quneitra border crossing between Syria and Israeli-controlled territory – albeit only for a short period of time – the possibility of the IDF crossing over into Syrian territory to secure Israel’s border became plausible. This is reportedly what led Austrian Chancellor Werner Faymann to call for the withdrawal of Austrian troops. END_OF_DOCUMENT_TOKEN_TO_BE_REPLACED