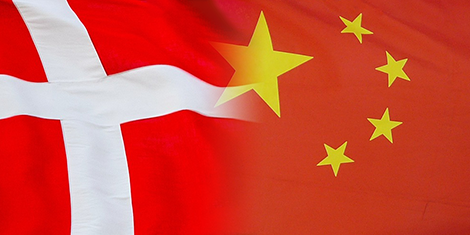 This article was originally published by the Danish Institute for International Studies (DIIS) on 29 October 2019.

A common refrain in Denmark is that China is too far away to be a threat to Danish economic, foreign and security policy interests. This is no longer the case. Danish policy-makers acknowledge that China’s rise as a global superpower presents Denmark with new challenges. However, transforming this strategic thinking into practice is no simple task.

Just as American foreign policy as pursued under President Donald Trump is a cause for alarm for Denmark and the European Union, China’s rise as a global superpower presents new challenges. Given China’s importance in the global economy and international affairs, Denmark must maintain cooperation: decoupling is not the answer. But how to deal with the risks China poses to Denmark’s foreign and security policy, economic competitiveness, welfare and democratic values at home, requires further debate and new responses. This policy brief argues that hard choices lie ahead for Denmark on how to respond to China’s influence.

China is No Longer Far Away
China has strategic and military interests at the bottom and top of Europe. In 2017, China opened a naval base in Djibouti, on the Horn of Africa, alongside the existing American, Japanese and European bases. China’s naval base in this small but strategically located African country provides it with logistical support to launch military operations, such as peacekeeping and counter-piracy, but it also acts as a platform to extend China’s military reach into the European neighborhood. China has already conducted joint naval exercises with Russia, a growing strategic partner, in the Mediterranean and Baltic Seas. As NATO Secretary General Jens Stoltenberg commented, the alliance’s interest in China is ’not about moving NATO into the Pacific, but about responding to the fact that China is coming closer to us.’

To the north, in Greenland and the Arctic, Denmark’s foreign and security policy interests are directly at stake. President Donald Trump’s recent, misguided suggestion that the United States should buy Greenland drew renewed geopolitical attention to the self-governing country and stimulated concern in Copenhagen, which still handles Greenland’s foreign and security affairs. American interest in Greenland is largely being sparked by China’s growing activities in the Arctic. As Danish researcher Camilla Sørensen argues, after years of underplaying its ambitions, the release of China’s Arctic Policy in 2018 underscores Beijing’s proactive diplomacy and growing engagement in Greenlandic and Arctic affairs. Beijing’s position on international law in the Arctic stands in opposition to how it has handled its South China Sea territorial claims. Despite having no claim to sovereignty in the region, China’s Arctic policy maintains that China is a ’near Arctic state’ and an important stakeholder in Arctic affairs, with rights over resources, sea routes and a self-declared responsibility to ‘safeguard security and stability’.

Danish policy-makers are learning that with China the flag often follows commercial interests. In recent years, Copenhagen’s intervention has been instrumental in stopping a Chinese company from buying a former Danish naval base and a Chinese bid to build two airports in Greenland. Concerns about Chinese ownership of critical infrastructure are not unfounded. As part of its 2015 far seas protection-strategy, the People’s Liberation Army’s Navy intends to expand its global presence alongside China’s global connectivity initiative, the Belt and Road, in which the Arctic region is included as the Polar Silk Road. China’s Major General Wang Weixing acknowledges that Chinese commercial infrastructure overseas can act as an effective lever to secure access for new Chinese military bases. Chinese military leaders are putting forward the idea of ’places without bases’, stating that the PLA should exploit Chinese-operated ports and airports if the need arises in future conflicts.

China is also a potential security risk to critical infrastructure in Denmark. It is a leading source of intellectual property theft and, along with other big powers, has the capabilities to eavesdrop and launch disruptive cyber-attacks. There is disagreement among European Union member states on the security risks associated with continuing to engage with the Chinese telecom companies Huawei and ZTE. However, the debate places too much emphasis on the recent American diplomatic campaign for others to block Chinese telecoms from participating in their 5G networks. The security experience of European countries in working with Chinese telecoms and the commercial competitiveness of Huawei’s competitors, Ericsson, Nokia and Samsung, are often neglected. In Denmark, security concerns regarding Huawei’s operation of its 4G mobile network have been voiced by Danish politicians and security experts for years. After choosing Huawei to build its 4G network in 2013, the private Danish operator TDC recently selected the Swedish telecom Ericsson to roll out its 5G network.

Finally, China’s influence is also clear in Brussels where it has frustrated EU common foreign and security policy. In 2016, for example, Hungary and Greece watered-down the EU’s position on upholding international law over territorial claims on the South China Sea due to their concern such a stance would upset economic relations with China. In New York at the United Nations, Beijing’s value positions often run counter to those of Denmark and the EU.

Business is Never Just Business
Building new trade and investment opportunities in China’s large economy was front and center for Denmark when it signed a Comprehensive Strategic Partnership with Beijing in 2008. In face of political differences, business appeared to provide a safe space where Denmark’s relations with China could grow in the future. By 2018, China had risen from a low base to become Denmark’s 7th largest trading partner in goods and services. More significantly, China is a strategic investment destination for some of Denmark’s largest companies. China plays the role of a new growth market, a regional and global production center, and a venue for research and development opportunities.

But economic engagement with China is both an opportunity and a vulnerability. China regularly employs trade as an economic weapon to advance its industrial, geopolitical, and security aims. For example, after former Danish Prime Minister Lars Løkke Rasmussen met the Dalai Lama, the Tibetan spiritual leader, in 2009, China threated to boycott the Copenhagen Climate Change Conference, COP 15, and imposed a targeted informal freeze on Danish exports. China only relented after Copenhagen sent it a verbal note recommitting itself to the One China policy and opposing Tibetan independence. Japan, the Philippines, South Korea, Norway, Australia and Canada, among others, have similarly faced such economic sanctions designed to influence their decision-making in respect of both foreign and security policy.

The importance Denmark attaches to trade and investment opportunities in China has also come at the cost of upholding Danish democratic values at home. For years, some Danish politicians, business executives and academics have argued that, through trade and investment, Denmark could pass on responsible business practices to their Chinese counterparts. This work has made some inroads, but China arguably has a stronger influence on rights issues in Denmark than Denmark has in China.

During the 2012 visit of former Chinese President Hu Jintao to Copenhagen, for example, local police violated the constitutional rights of Danish citizens by blocking and detaining peaceful demonstrators protesting at China’s human rights abuses in Tibet. A Danish government-launched investigation, the Tibet Commission, was reopened in mid-2018 with a broader mandate to investigate potential violations outside the Danish police. This is not an isolated incident either in Denmark or in the rest of Europe. The fear of losing the economic benefits of engaging China have at times pushed national governments, businesses and local institutions to restrict freedom of speech in adherence with Beijing’s expanding list of its core interests.

How China manages its economy also presents challenges to Denmark’s economic competitiveness and welfare. China is a global growth engine, but it is also a heavily controlled and restrictive business environment for foreign investors. China’s industrial policy, ’Made in China 2025’, provides new state assistance to enhance the competitiveness of Chinese companies across high-end manufacturing sectors. While pursuing industrial policy is nothing out of the ordinary for China or other big powers, coupled with state controls and restrictions on foreign investors in China, ‘Made in China 2025’ threatens to further undermine the competitive position of foreign companies both in China and in overseas markets.

The Confederation of Danish Industry has recognized that ‘Made in China 2025’ represents a new trade and investment challenge in an already competitive Chinese and global marketplace. If it is successful, China’s industrial policy will result in lower economic growth rates, job losses and reduced industrial output for foreign manufacturers. Denmark’s economy is particularly exposed compared to those of most other European Union member states. One survey found that only 14% of Danish voters feel the country’s economic interests are well protected from China. A Danish expert panel also recently offered a nuanced picture of the challenges Danish companies face in Chinese markets. These perceptions and findings are echoed by the EU’s Chamber of Commerce, which has warned that European investors are likely to be harmed by China’s application of a social credit-rating system for foreign companies, where sanctions can be imposed in relation to three hundred different rules.

Rethinking Denmark’s Relationship to China
The Danish Ministries of Defense and Foreign Affairs, as well as the Danish intelligence services, have all increased their attention towards China’s influence in recent years, arguing that there are significant differences with China in approaches to governance, free trade and human rights. These positions are in line with the the 2019 European Union Strategic Outlook that designates China as not only a partner but also an ’economic competitor’ and a ’systemic rival’.

The problem for Denmark and the European Union is now translating this strategic thinking on China into practice. How should Denmark deal with a partner that is also a competitor and rival? It is critical to avoid raising unnecessary hostilities towards China, but at the same time Denmark must find ways to protect its economic competitiveness and welfare, as well as its democratic values at home, and to ward off possible future Chinese threats to its foreign and security policy interests. This is particularly the case in Greenland and the Arctic, where, in the face of limited economic opportunities, outside finance and investment can have a significant political impact.

Denmark can take further opportunities to work with European Union partners to punch above its weight in protecting European competitiveness, the international rule of law and freedom of navigation. However, Denmark should also assess the vulnerabilities of Danish companies and industries to unfair competition and economic pressure from Beijing. Danish and other European companies should not be expected to always remain one competitive step ahead of their Chinese competition on an uneven playing field.

At the same time, Denmark should also embrace the next wave of emerging markets in Asia by supporting Danish businesses to diversify further. Danish policy-makers can open new trade and investment possibilities by engaging with India, Indonesia, the Philippines, Vietnam, Mexico, Brazil and Nigeria. These countries are predicted to be some of the fastest growing markets in the decades ahead and, as middle powers and small states, broadly share Danish perspectives on maintaining an international rules-based order.

Reviving diplomatic attention to official G7 and EU partners – key export markets for Denmark – is also necessary. After all, the United States recently overtook China as the fastest growing market for Danish exports, and most Danish trade and investment is within the EU. Protecting and promoting Danish commerce in these markets is vital. Rethinking and reacting to Beijing’s influence are all steps in recognizing China for what it is today, not what Denmark hopes it will become tomorrow.

Luke Patey is a senior researcher at the Danish Institute for International Studies, Lead Senior Research Fellow at the Oxford Institute for Energy Studies, University of Oxford, and a Fellow of the Rift Valley Institute.