Your 5 Questions on Russian Meddling Answered 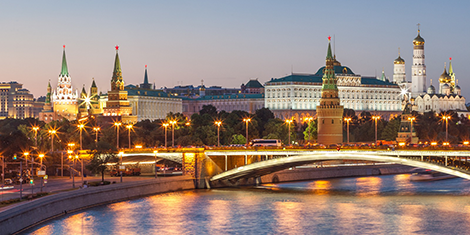 This article was originally published by Political Violence @ a Glance on 27 November 2019.

In this new series, experts give their quick responses to five questions about the most important news of the day.

What should the United States be most concerned about regarding possible meddling by Russia in US elections?

Jesse Driscoll: I think three things are pretty concerning. First, it’s concerning that the kinds of interventions we have evidence of can easily be “up-scaled” without necessarily violating laws. Second, I find it concerning that the Russian government is so entrepreneurial about identifying polarizing issues that do not seemingly have anything to with US-Russia policy—suggesting they may be fine-tuning models of voter turnout suppression that could induce disgust and be micro-targeted. Third, and most importantly, I think it’s clear that Russia is just experimenting. It’s easy to imagine other countries doing more, with more resources, in the near future.

Amelia Glaser: Apathy. As far as we can tell at this point, efforts to meddle in elections by outside sources have had the goal of influencing open conversations and confusing media consumers. The result of too much irrelevant information is apathy, and the biggest risk right now, to my mind, is that readers and viewers will stop doing the work of following crucial political events in the US.

Lauren Prather: The biggest issue in my view is continued and increased partisan polarization. Russia’s attempts to help Trump and potentially other Republican candidates hardens American attitudes about meddling and election security along partisan lines. Russia’s spread of misinformation also aggravates polarization by stressing issues where the window of compromise between political parties is extremely small such as abortion, immigration, and guns. Thus, both directly attempting to manipulate elections and indirect actions such as the spread of misinformation on extremely polarized topics, contribute to overall polarization and all its ills.

Why do you think the Kremlin is interested in meddling in the elections of Western democracies?

Jesse Driscoll: There’s a realist “this is what great powers do” kind of answer. And indeed, Putin would, I think, like to see NATO expansion halted and the EU divided. But there’s another answer that’s a bit more subtle. I think Putin benefits hugely domestically from the theory that Putin got Trump elected using his KGB magic. At some level, it’s a win for Putin that so many people in the West are talking about it so credulously. The American left may be inadvertently strengthening his mystique. It’s a mistake to attribute all of the challenges to European democracy (populist pressures, Brexit) to Russia. Putin is clearly the net beneficiary of some global disruptions, Trump included.

Amelia Glaser: Although it’s dangerous and probably impossible for me to comment on the Kremlin’s interests, the destabilization of a healthy American public sphere will certainly weaken Americans’ trust in an American deep state and democratic system.

Lauren Prather: There are domestic benefits to the Kremlin of showing that Western democracies are troubled, ineffective, and potentially undemocratic themselves. Being able to point to these beacons of democratic hope and say that they have problems too, takes the pressure off the Kremlin when they hold sham elections.

Will the Kremlin be successful in achieving its goal?

Jesse Driscoll: Hard to say. Russian soft power is very weak compared to US soft power on every measurable dimension. They may not even be able to influence Russian-speaking parts of Ukraine—something that was taken for granted not long ago. Part of the reason is that the decline of Russian hard power is easy to assess empirically and is going to be quite difficult to reverse in the long term.

Amelia Glaser: I’d rather not make predictions. But it should be a high priority to guard against outside political influences in the US by educating American media consumers and making laws about transparency.

Lauren Prather: While the domestic benefits are not the only benefits, they are perhaps the easiest to weaponize from a Russian domestic politics point of view for the Kremlin. The Kremlin and authoritarian regimes more generally have a set of tools to maintain autocratic stability. This particular tool—pointing to chaos in Western democracies—may be able to fend off some regime critics and protests over time, but it won’t be able to do so forever.

Is there something the US government can do to deter the Kremlin from continuing to try to meddle?

Jesse Driscoll: Deter them how, exactly? Sanctions on Russia were passed by acts of Congress. We don’t have a lot of leverage over, or moral authority with, the Kremlin on these matters. They see US democracy promotion policies as a force for global instability and have been complaining about our meddling for years.

Amelia Glaser: The US could take steps to increase online transparency by requiring advertisers on US-based websites to reveal themselves. We may not be able to control what is posted, but we can work to decrease anonymity online.

Lauren Prather: There’s both a question of willingness and ability here. I’m fairly pessimistic on both accounts. As long as those who benefit from Russian meddling win elections, there’s less of an incentive for them to enact policies to deter Russia. Even if more willing policymakers were to have the ability to set policy, the actual costs of meddling to the Kremlin are so low that it is unclear the US could raise costs on the Kremlin high enough to deter them.

If you were the United State’s Internet czar and your job was to counter the proliferation of fake news, what is the single most important policy you would pursue?

Jesse Driscoll: Fake news isn’t new, but click-based advertising models are. I’m not an expert in this space and don’t want to second guess how the regulations will develop, but I’d be surprised if there were no demand for some sort of basic information hygiene and “sunshine” policies in the future. A context of fake news causing immense and direct harm is troubling—false rumors inciting fear of ethnic riots, for instance, assisted by “deepfakes” could be really quite scary. I’m not sure that the “Internet czar” model is the right way to imagine solutions to these kinds of harms, however. I don’t sense demand for a global truth regime. I expect more creativity about private-public partnerships that function like fire alarms, leveraging networked cell phones to fact-check certain kinds of really dangerous assertions in real-time. Local “ground-truthing” of Russian media claims emerged organically in Ukraine in 2014-2015. I expect we will see more of this.

Amelia Glaser: I would implement policy to require that individuals and companies reveal themselves when posting information online. It should be far easier than it is to find out who is supplying the information we are viewing.

Lauren Prather: I don’t think there’s much that can be done to stop the production and dissemination of fake news. Education campaigns that teach people to identify fake news on social media could be helpful in stopping its spread. But when “news” organizations like Fox News exist, the message about what is fake and what is real gets confused.

Jesse Driscoll is an associate professor of political science and serves as chair of the Global Leadership Institute at the School of Global Policy and Strategy at the University of California San Diego.

Amelia Glaser is an associate professor at the University of California San Diego’s Literature Department.

Lauren Prather is an assistant professor of international relations at the School of Global Policy and Strategy at the University of California San Diego.