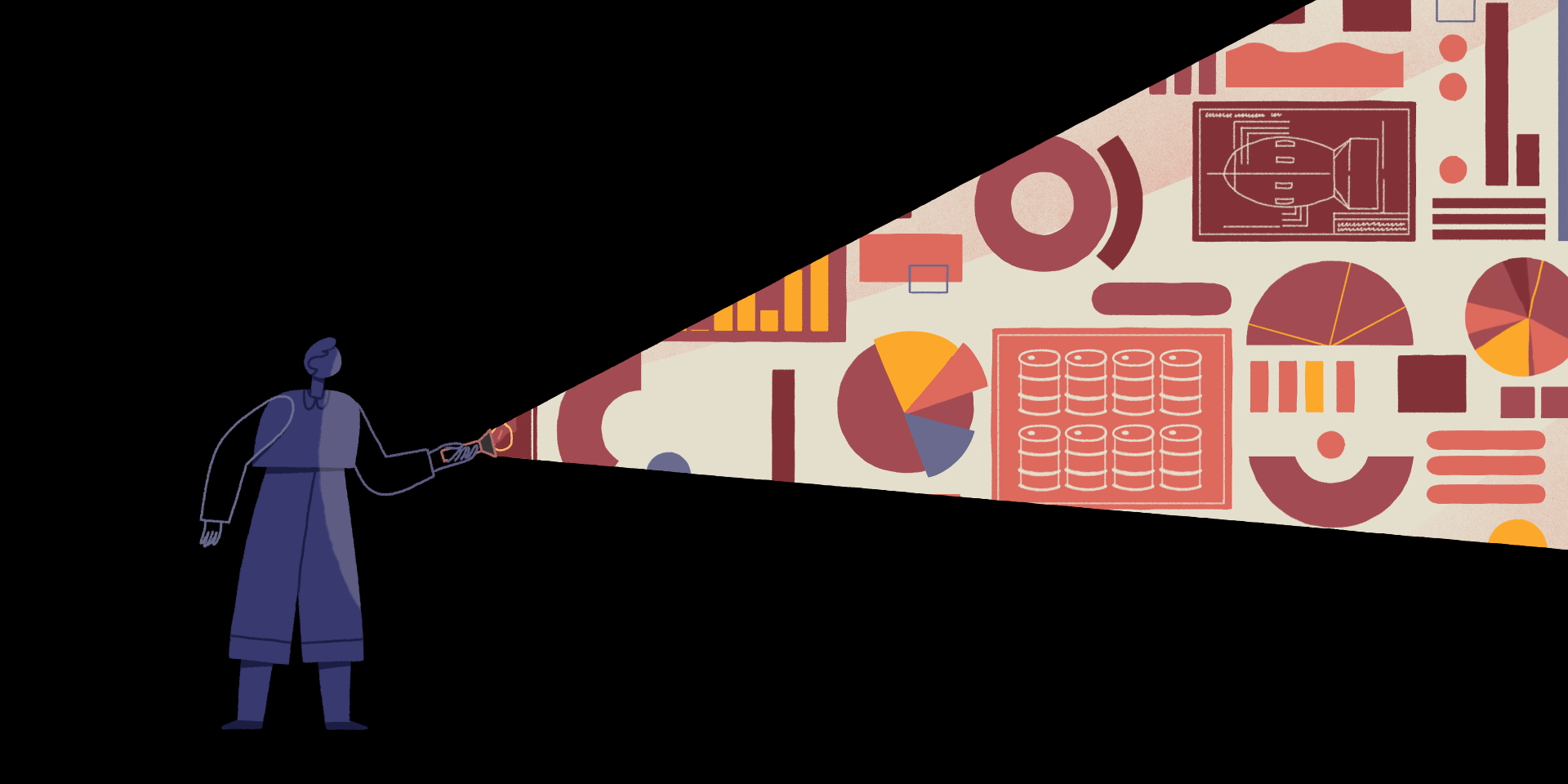 Darkness is defined as the absence of light; but also as sadness, obscurity, mystery or concealment, ignorance, and evil. From dark deeds and dark alleyways to the Dark Ages and “The Dark Side of the Force” – darkness is often associated with the worst of human potential and deep running fears.

Conflict, especially violent political conflict, is a type of darkness; its origins in our darkest demons, its consequences are the worst kind of evil and its complexity beyond anyone’s clear view.

In the spirit of the season (in the Northern hemisphere), the Master of Advanced Studies ETH Mediation in Peace Processes has just published a new video on conflict analysis, introducing the Actors, Content, Context, Process (ACCP) Framework. The basic principle of this model is to map four baskets of information (Actors, Content, Context, and Process) and then examine them in order to design a mediation process. With the help of this framework, you are able to create a simple and systematic “dashboard” of a complex conflict – providing both an “all-at-once” comprehensive overview and a convenient structure to dive deeper into the details. Among its unique advantages is that it serves as a “meta” framework, within which other analysis tools can (and should) be integrated. It can also be participatory (giving insight into a variety of different perspectives) and flexible, allowing for constant adaptations, addressing the dynamic nature of conflicts and peace processes.

The video has two parts:

Part 1: An overview of the ACCP Framework

The videos will soon be available in French, Spanish, Arabic, German, and Russian.

These videos shed light on the darkness of conflict and opens it up to analysis.

Analysis serves as a mediation practitioner’s flashlight in the darkness of violent political conflicts.

In mediation, you cannot take any steps forward with confidence before turning your “flashlight” on. You must keep it on throughout your journey; otherwise you risk getting miserably lost on a winding path.

Analysis is key to any mediation, and yet, in the urgency of the moment, we so often rush into action before thinking it through. This is a natural tendency: In the fear, outrage, and need to “do something!”, we react with the immediate tools at hand, taking whatever steps are available to us, with whomever agrees to join us. Actions come first, thoughts later. Such human instinct can be lifesaving – for example, when we hit the brakes and avoid running someone over – but it does not always lead to the most conducive and sustainable responses.

Imagine a person standing in the middle of a flooding river attempting to save their home with a bucket. Despite all their efforts and good intentions, this person is not addressing the underlying cause of the problem. They are using inefficient tools to resolve the issue, will likely suffer burnout, and will ultimately not prevent the flooding of their home. The person’s actions might even cause new problems, for example, a swamp due to the tossing of water over the riverbank.

When we do not have a sound understanding of a problem, it becomes less likely that we will effectively resolve it. Rigorous analysis is ever more important for violent political conflicts, where the stakes are high and the complexity is higher. Such conflicts often involve numerous parties and issues, and span across generations.  In our interconnected world, even “outsiders” will have some bias (given their own upbringing, education, professional environment, etc.) that will cloud their judgment about conflicts. Therefore, understanding based on fragmentary information is possibly dangerous.

Mediation practitioners, responsible for navigating complex peace processes, must engage in rigorous conflict analysis before and during a mediation process.

This video serves as a flashlight in the darkness of conflict analysis.

Ironically, conflict analysis can itself be an intimidating process: How do I make sense of a complex, centuries-long conflict?!? Where do I start? When do I stop?,How do I do it anyway? If you are an “outsider” to a conflict, just the number of foreign names or acronyms can make your heart skip a beat; and if you are an “insider”, deciphering what is key as well as challenging your own biases can be very difficult.

Learning how to analyze conflict has a reputation of being a rather dry business. Courses on “methods” at universities are not typically the most popular. Nor are the more practice-oriented publications on conflict analysis, despite their addition of some nice metaphors, such as the conflict “tree”, “onion”, or “pyramid”. In this light, it is perhaps not so surprising that many practitioners avoid conflict analysis or rely on unsystematic methods.

To improve practice, conflict analysis methods should be simple enough to comprehend and internalize, but rigorous enough to be effective. They should also be motivating, even fun, something that does not have to take away from the seriousness of the topic at hand.

Emphasizing clarity and engagement, we produced an animated video introducing the Actors, Content, Context, Process (ACCP) Conflict Analysis Framework.  Rigorous conflict analysis takes a lot of time and effort However, the use of  a video animation allowed us to give practitioners a quick and engaging “taste” of the entire framework, while exemplifying its interactive and ongoing nature – as both a tool and a mindset. Animation also enabled us to make the framework more approachable across contexts and cultures (e.g., using a blue and transparent skin tone) in the hope that it will support the efforts of all those who can benefit from it.

Remember to turn the flashlight on yourself as well.

“Bringing light into darkness” is a heavily loaded metaphor. Being such a basic human experience, the contrast of “light” and “darkness” has been used – and misused – repeatedly in human history. It has been associated with broader dichotomies such as knowledge vs. ignorance, purity vs. impurity, even rationality vs. emotionality, masculinity vs. femininity, and sanity vs. madness. It is that which we understand versus that which is a mystery (and thus, at times, a threat) to us. We must therefore be particularly self-critical when using it.

History has seen this metaphor used by those in positions of power for the worst kinds of evils. Power enables you to control the discourse and assign meaning to these dichotomies, and those holding it would usually perceive themselves or their belief systems (that which is understandable to them) as the “light”, while the “other” (which is a mystery to them) as the “darkness”. Based on this logic, Crusaders killed thousands in the name of religious “truth”; colonialists perceived themselves as bringing “enlightenment” to the ignorant “savage”; “democratization” provided a liberal excuse for going to war to “save” people from their own leaders; National Socialists in the early 1940s in Germany believed protecting Aryan “purity” was reason enough to commit mass genocide; and similar metaphors of impurity (such as “cockroaches” in Rwanda) were used to fuel conflict and genocide elsewhere. Similarly, pure racism was reason enough to separate whites from blacks to the advantage of the former at the expense of the latter; women (often mysterious to men) have been portrayed as dangerous femmes fatales; and non-normative behaviors have been associated in various traditions with witchcraft or insanity, sanctioning institutionalization or expulsion.

Thus, as we attempt to shed light on conflict, it is well worth remembering that its darkness is itself deceptive. In fact, it is often in “broad daylight”, in the banality of the day-to-day, that the darkest acts of violence are committed. Similarly, our worst “blind spots” tend to be in the contexts we know best (our own societies). Illuminating conflict means challenging our own fundamental assumptions and (mis)perceptions, and understanding not only others’ but our own role (and potential darkness) in a given conflict.

For more information about the framework and how to use it, see our website or contact us at masmediation@ethz.ch.

Good luck in this challenging but much needed task.

Inbal Ben-Ezer is Programme Advisor for the Master of Advanced Studies ETH Mediation in Peace Processes.