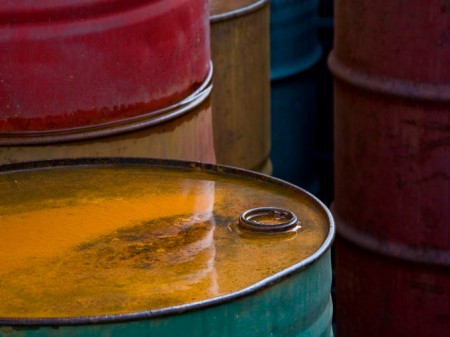 There’s a potentially huge story developing in Tajikistan: Central Asia’s poor cousin may be sitting atop a vast pool of oil and natural gas. Yet, no one in Dushanbe – neither government officials, nor energy company executives – seems eager to discuss the prospect of an energy boom.

In July, Tethys Petroleum announced that its development zone in southwestern Tajikistan could hold over 27 billion barrels of recoverable oil equivalent. The estimate, if accurate, would represent more than the remaining oil in United Kingdom’s North Sea field. In a July 19 press release, Tethys boss David Robson asserted that Tajikistan had “super-giant potential.”

It’s not just Tethys – a company listed on both the Toronto and London stock exchanges, and registered in the Cayman Islands – that seems to believe in Tajikistan’s energy-production potential. Russia’s state-controlled conglomerate Gazprom has already started drilling a 6,300-meter well to reach what it hopes to be more than 60 billion cubic meters of natural gas, while Australian-based Santos is starting seismic studies after acquiring a 70-percent share in Tajikistan’s Somon Oil.

But since that initial burst of fanfare announcing its potential oil find back in July, Tethys executives have become tight-lipped. Representatives of the company repeatedly declined to speak on the record to EurasiaNet.org on oil and gas-related issues in Tajikistan. Gazprom and Santos are similarly reticent.

In Tajikistan, Tethys has comfortable ties with authorities, according to a source who is well versed in the terms of the relationship. Under a 25-year agreement signed in 2008, and known as the Bokhtar Production Sharing Contract, the company received prospecting rights to an area in southwestern Tajikistan totaling about 35,000 square kilometers. The Tajik government also gave Tethys tax breaks. In return, the company promised to give 30 percent of recovered oil to the state. The agreement additionally gives the government seats on Tethys technical and financial committees, allowing the state to have some say in the company’s Tajik operations. Robson also sits on a committee chaired by Tajik President Imomali Rahmon that strives to ease investment barriers and improve the country’s business climate.

Since it obtained a foothold in Tajikistan, Tethys has gained a reputation for being a somewhat secretive operator, said Rashid Abdullo, a Dusanbe-based political analyst. Locals have lots of questions about the company, but not many answers. “People wonder who is behind Tethys,” said Abdullo. “It’s interesting, since they [Tethys] were provided with half of the good [gas and oil] fields in the whole country, and in post-Soviet countries, obtaining a license like that is a big deal.”

The company has invested more than $80 million in geological and seismic studies since 2008, but has yet to break ground in Tajikistan, according to the source. “Tethys is waiting to see if Gazprom hits,” the source added.

Russia’s state-run Gazprom has been drilling next to Tethys’ fields since 2010 and reportedly is still only halfway to its suspected energy reserves, which rest more than 6,000 meters down. Tethys claims it would be able to drill to that depth in just nine months, at a cost of $56 million, according to the source. But it hasn’t started.

The historical record shows that the Kremlin has never been shy about trying to use Dushanbe’s energy dependency to extract geopolitical concessions. The possible energy bonanza in southwestern Tajikistan could thus have profound political and economic ramifications, helping transform Tajikistan from a 98-pound weakling into a Central Asian heavyweight. Russia under such new circumstances would no longer be able to push Dushanbe around. Energy profits, for example, would boost Tajikistan’s capacity to complete the long-stalled Rogun Dam project, which Rahmon envisions as an engine for economic development.

Pushing domestic exploration via state support for Tethys would seem to make sense for Rahmon’s administration, provided that Tajikistan aims to reduce its energy reliance on Russia. Tajikistan pumps a fraction of its own oil needs from aging, Soviet-era wells; it imports roughly 60 percent of its oil needs from Russia. Under the current circumstances, Gazprom, in its capacity as Kremlin lever of influence, finds itself in a difficult position in Tajikistan.

“Nobody is thinking about oil and gas; we are all looking in one direction and waiting for Rogun,” continued Mamadazimov. “But if Tethys is sitting on billions of tons of oil, in the future we might be like the citizens of Kuwait.”

For Abdullo, meanwhile, all the questions surrounding the energy issue leave him skeptical that boom times lie ahead. “There’s just not the oil wealth here,” he suggested. “It’s a myth.”

This article was originally published by Eurasianet.org.