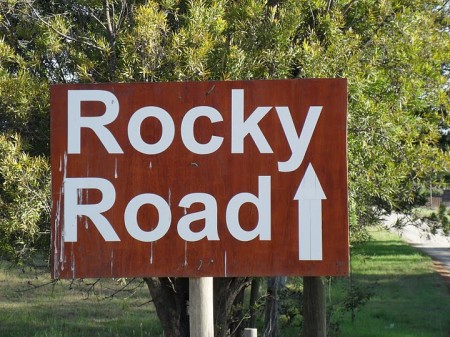 Any successful political movement or party requires enlightened leadership. And especially after suffering political defeat, a self-critical evaluation of the party’s mistakes is needed to get the party back on its feet – and on a solid ideological footing.

I am not saying that the GOP lacks spokesmen. The diatribes of the Rush Limbaughs and the Sarah Palins are omnipresent. But I can’t see much leadership, not to mention an “enlightened” one.

Not much of that can be seen today. The politics of today’s conservative movement are powered largely by emotion (read: fear and hatred), religion and incendiary rhetoric.

The conservative intellectuals that are still active today are becoming increasingly marginalized within the Republican Party. The latest casualty is David Frum, a (now former) fellow at the American Enterprise Institute (AEI), which is supposed to be a leading bastion for right-intellectual thought.

Frum had been an ardent critic of the Republican’s obstructionist opposition to Obama’s health care bill. Considering that many ideas contained in the bill had been embraced by conservatives before, he argued, the GOP should have embraced the inevitable and presented itself as a tough but constructive partner at hashing out a deal on health care that could have enjoyed bipartisan backing.

For a party as heterogeneous as the GOP, it is important that internal disagreements on policy issues are debated vigorously. If the party is no longer able to accommodate different views among its members, it will marginalize an important part of its base. Or do you really think moderate, well-educated Republicans feel represented by Sarah Palin and the likes?

But the thoughtful, conservative elite isn’t leading the GOP anymore. Rather, the party seems to be led by high-profile talk show hosts at Fox News and conservative talk radio. Even the Republican Party’s vice-presidential candidate, Sarah Palin, chose to become part of the narcissistic celebrity culture by signing a lucrative deal as a regular contributor to Fox News.

Many of the Fox News talking points find their way into the rhetoric of the Tea Party movement, which is increasingly highjacking the Republican Party. But other than anger and rage, there is not much substance in their “politics”. Still, they seem to be heard; and the pictures of Obama with a Hitler mustache, or decorated with a hammer and sickle, seem to be imbued. Just look at a recent Harris poll suggesting that 67% of Republicans think Obama is a socialist, 57% think he is a Muslim, and 38% think that “he is doing many of the things that Hitler did.”

The danger inherent in having the GOP’s policies articulated and popularized by unaccountable, irresponsible talk show hosts has been publicly recognized by David Frum himself. He told ABC’s Nightline last week: “The thing that sustains a strong Fox network is the thing that undermines a strong Republican party.” In other words: Fox has an interest in fear-mongering and exaggerating opposition to the Obama administration to keep ratings high (and thus keep TV ad revenues coming in). The GOP, however, should have higher aspirations than just opposing anything that comes out of the current Democratic administration. It needs to demonstrate to Republican party members and the American people that it has to offer constructive alternatives to the policies of the current administration. Responsible party leadership involves factual debates.

Obama’s strengths as a leader lie in his debating skills and sheer intellect. Yes, there is a strong anti-intellectual streak running through American society, and it can be argued that Obama’s intellectual pedigree can sometimes work against him, too. But it seems to me that a president with a high degree of intellectual integrity can only be effectively countered by someone who displays some of the same strengths – i.e., someone who can beat Obama at his own game.

The tragedy of today’s GOP is that it is failing to elevate the standard of political debate. Republicans have embarked on a rocky road – aimlessly, it seems, and without an intellectual compass.

One Response to “GOP – Quo Vadis?”