The Sahel belt, which is at the centre of EU efforts to combat illegal migration in Africa, is a useful case study in this regard. Here, environmental and demographic changes combine with devastating effects. Greenhouses emissions are on the rise, temperatures are increasing and, as a result, the intensity and frequency of catastrophic events is rising dramatically.

Northern Nigeria, Chad, Niger and Mali are among the most affected countries. In 2012 alone, more than 6 million people in North-Eastern Nigeria were forcibly displaced due to floods and more than 500,000 people were displaced in Chad. 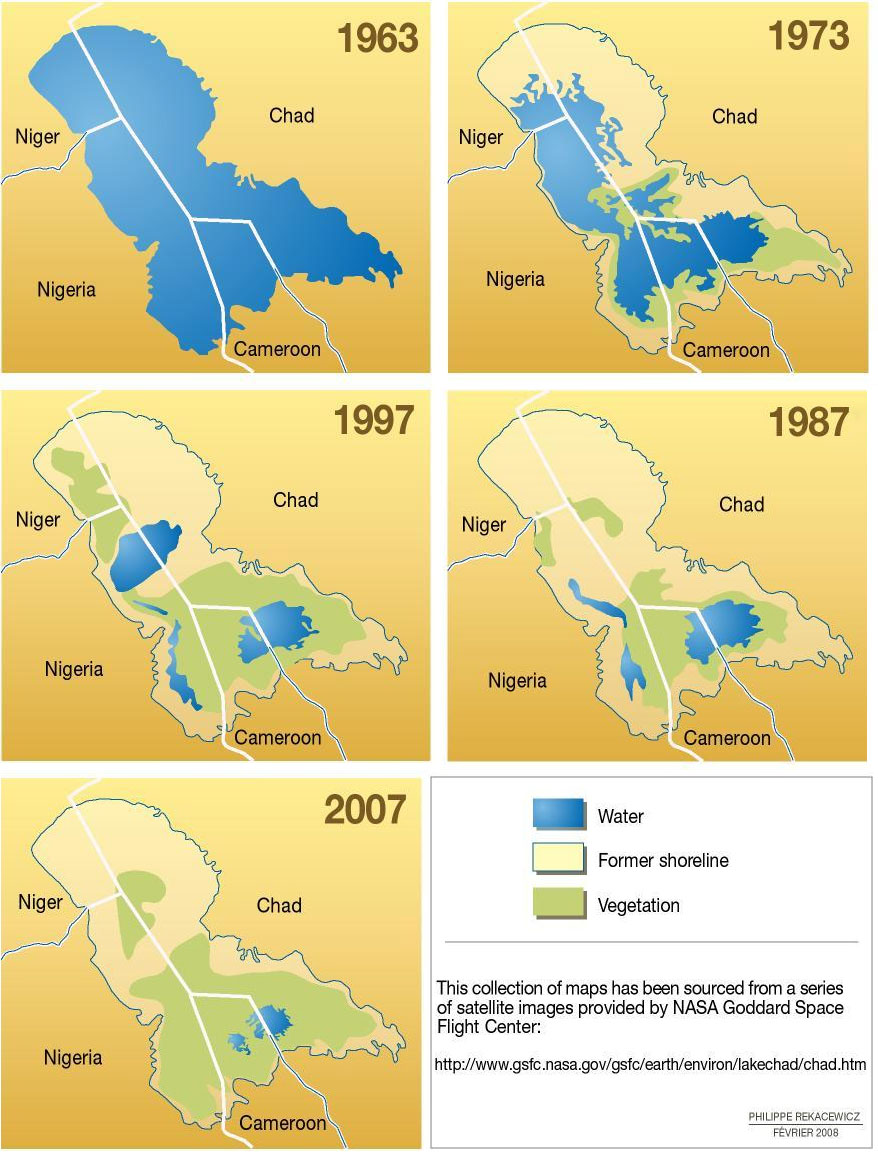 Lake Chad (which borders Chad, Niger, Nigeria and Cameroon) has shrunk by 90% since the 1960s. Around 25 million people in the region depend on the lake for their livelihoods in agriculture, fisheries and livestock. The dramatic reduction in water levels means that almost 7 million people are currently food insecure. Thousands of fishermen and farmers became unemployed in recent years. This has clearly contributed to forced movement, with 2.5 million people already displaced from the region. More will surely follow.

These environmental factors are exacerbated by demographic trends, creating a potentially explosive situation. The total population of Africa will grow from the current 1.2 billion to 2.5 billion by 2050. Niger, with the highest fertility rate in the world – 7.3 children per woman – will see its population multiply from 20 million to almost 70 million people in this timeframe. By contrast, Germany and Italy will see their populations decline from 81 to 79 million and from 60 to 55 million people respectively over the same period.

Currently, the proportion of people living below the poverty line ($3.10/day) is estimated at more than 80% in Niger and Burkina Faso, 77% in Mali, 64% in Chad and 60% in Nigeria. These countries are also the most dependent on agriculture in the world. Agriculture is in turn heavily dependent on climate conditions. If we consider that about 60% of the population along the Sahel area is employed by rain-fed agriculture, it is easy to understand the potential devastating effects of environmental changes on the region. 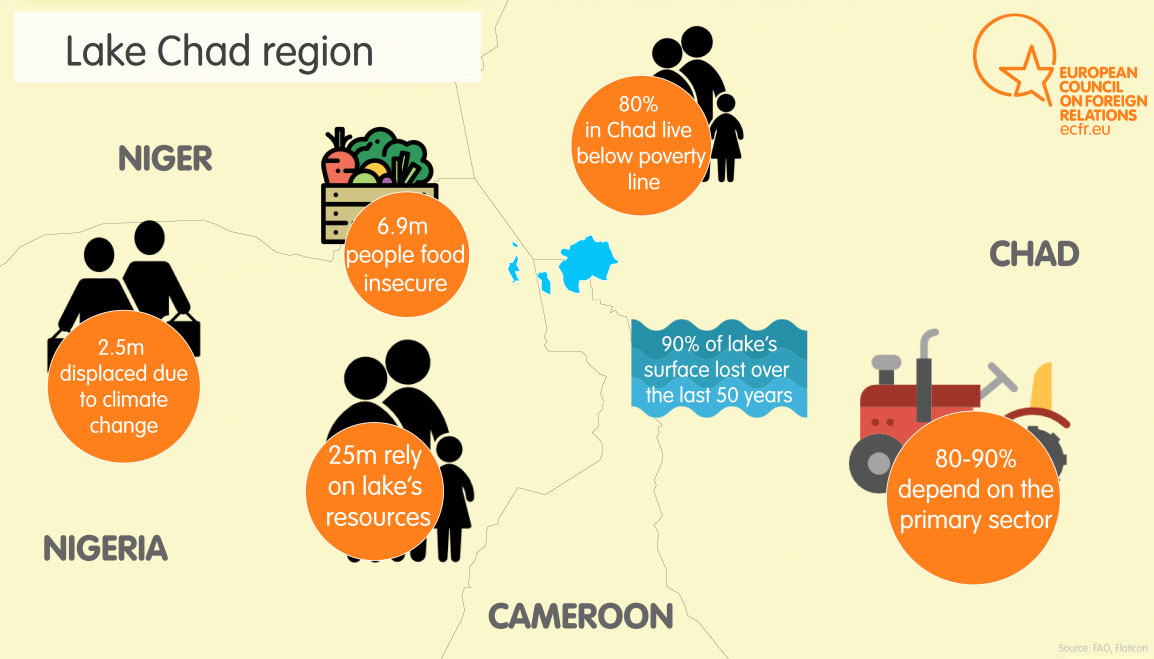 Climate change is affecting stability and security, too. There are plenty of analyses demonstrating the effect of climate change – namely the severe droughts and desertification that affected eastern Syria in 2008 – on the civil unrests that finally led to the war in Syria. This is not to say that climate change caused the Syrian war, but it appears to have been a contributing factor.

The same dynamics apply to the Sahel: in some areas, migration-related population pressure can increase conflict over scarce resources. Equally, in contexts that are already experiencing conflict, climate change has the potential to act as a threat multiplier. This is why the Sahel is particularly vulnerable: displacement usually does not lead to conflict in the absence of other contributing factors, but many parts of the Sahel are already extremely fragile.

The combination of poverty, dependence on agriculture, environmental degradation, and population growth are creating a vicious circle, which can be expected to translate into increasing forced migration.

Current data shows that a large majority of those forced to move (more than 90%) choose to remain in the region, rather than travel to Europe. This is largely due to a lack of material resources needed to leave the continent. However, given the demographic trends, neighbouring countries will not be able to absorb the flows forever. As such, it is likely that people will look increasingly toward Europe as their lifeline.

This, of course, is a concern for European policymakers. But what should concern them even more is the complete absence of any long-term policies to address these trends. The EU Emergency Trust Fund for Africa is typical in focusing on enhancing border control and fighting smuggling, rather than tackling the long term causes of migration.

Symptomatic of the general lack of interest in climate-enforced migration is the absence of any legal recognition for ‘climate migrants’.  While the term “refugee” offers protections based on a precise meaning under the Geneva Refugee Convention of 1951, there is no consensus over the definition – and the legal treatment – of people forcibly displaced by climate change. At present they are treated as economic migrants, resulting in barriers to entering Europe legally. Addressing this deficiency is just one way in which European policymakers must now, belatedly, get to grips with the growing phenomenon of climate-enforced migration.

Stefano M Torelli is a Visiting Research Fellow for the ECFR’s Middle East and North Africa Programme. He also works as a political analyst for the consultancy Oxford Analytica and for the Italian Parliament and is Associate Research Fellow at the Italian think tank ISPI (Italian Institute for International Political Studies).