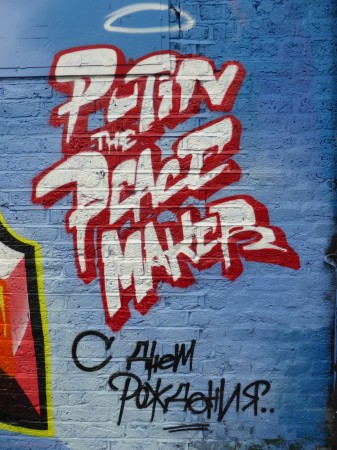 This article was originally published by the Harvard International Review on 21 January 2016.

A frequent rebuttal by apologists of Putin’s policies, in debates on Western approaches to Eastern Europe, is the allegation of Russophobia. Interpreters of contemporary Russian affairs, who present themselves as Putinversteher (German for “those who understand Putin”), accuse critics of Moscow’s recent foreign and domestic policies of a lack of empathy for, or even of xenophobia towards, the Russian nation, as well as its traditions, worries, and views. Such allegations are usually accompanied by a reference to Vladimir Putin’s impressive performance in Russian public opinion polls. These interpretations are often embedded in historical-philosophical deliberations about the role of Russia in Europe and the world – for example, about the history of, and lessons from, Russian-Western collaboration in the past. END_OF_DOCUMENT_TOKEN_TO_BE_REPLACED