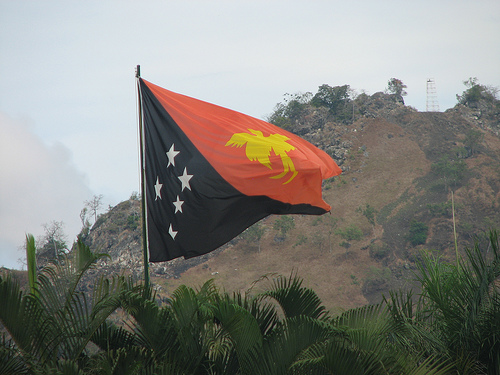 Papua New Guinea (PNG) can be a little confusing. Although it shares half of the island of New Guinea with Papua – an Indonesian province – Papua New Guinea is distinctly different from its neighbor. Indeed PNG seems to exist in a world of its own – one plagued by political mismanagement, human rights abuses, corruption, and low levels of development.

Contrary to the outbursts of unrest in the Middle East, however, the peoples of PNG are highly unlikely to lead protests or a revolt against their government. PNG is a country of incredible linguistic and cultural diversity – though perhaps surprisingly, not in terms of religion (96 percent are Christian). It is also a relatively “young” country, having only gained independence in 1975. The current Prime Minister, Sir Michael Somare, has been in and out of power in PNG since 1972, and like certain other political heads of state, seems not to want to relinquish his position. Just over a month ago, the government successfully evaded another vote of no confidence by using its majority to adjourn parliament until May. Deputy opposition leader Bart Philemon notes that by the next election, there will have been 10 years of (relative) political stability – but hardly any improvement in the standard of living for the majority of the population. END_OF_DOCUMENT_TOKEN_TO_BE_REPLACED

You may know that Papua New Guinea (PNG) is a tropical country located on the world’s second largest island in Oceania. You may also know that most of PNG’s 7 million inhabitants live in rural areas. You could call PNG a developing country: In the 2007 Human Development Index it is ranked 148 of 182, between Kenya and Haiti. You may know that PNG is rich of natural resources, including precious metals, timber and oil. What you would not expect, however, is PNG to be a major hydrocarbon producer.

In a joint venture with firms from Japan, Australia and Papua, ExxonMobil plans “to develop gas fields in the Southern Highlands and Western Province of PNG and transport the gas via pipeline to an LNG (liquified natural gas) facility near Port Moresby (the capital) for shipment to markets overseas. The project will provide energy for the Asia-Pacific region, jobs and economic benefits for PNG.”

Economic benefits indeed; the question is for whom. According to a study, the project will double the country’s GDP and increase its exports of oil and gas four-fold. This gigantic endeavor – total capital investment is thought to amount to $10 billion, which is as much as the country’s annual GDP – raises two questions. First: Why is PNG’s oil and gas only now being exploited so intensively? Second: What is the project’s overall impact on PNG and its people? 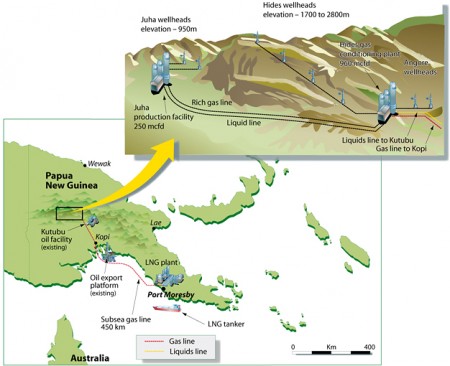