US and South Korea: A Show of Force, But Running Out of Options? 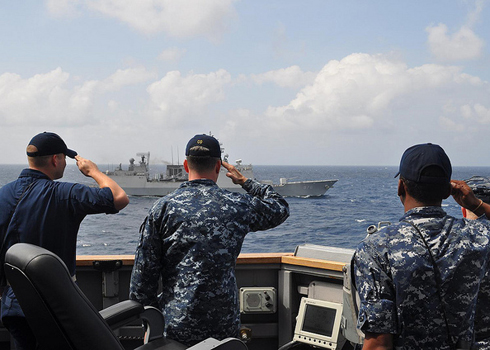 US troops rendering honors to the Republic of Korea Navy destroyer (ROKS). Photo: US Navy/flickr

North Korea’s third nuclear test provided the ideal opportunity for the United States and South Korea to respond with their own displays of military muscle. Two days after the test, South Korea showcased a cruise missile that Seoul claims can hit targets anywhere in the North. This month was also the first time in almost two decades that an American nuclear submarine armed with Tomahawk cruise missiles entered South Korean waters.

Thus, the endless cycle of North Korean provocation, joint military drills and verbal war continues. Yet it remains difficult to find to find good analysis on next steps that need to be taken to address the impasse on the Peninsula. END_OF_DOCUMENT_TOKEN_TO_BE_REPLACED