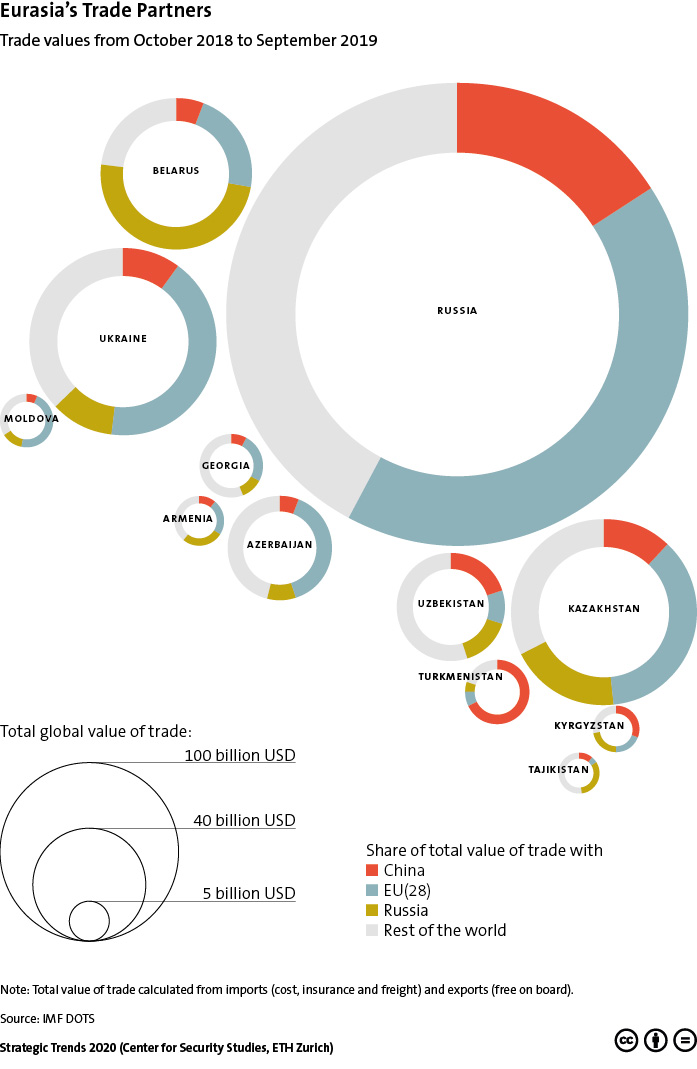 This graphic illustrates the total values of Eurasian countries’ trade with China, the EU, Russia and the rest of the world – including imports and exports – between October 2018 and September 2019.

For an insight into the impact of China’s Belt and Road Initiative (BRI) on Eurasia, read Benno Zogg’s chapter in Strategic Trends 2020, which can be found here. 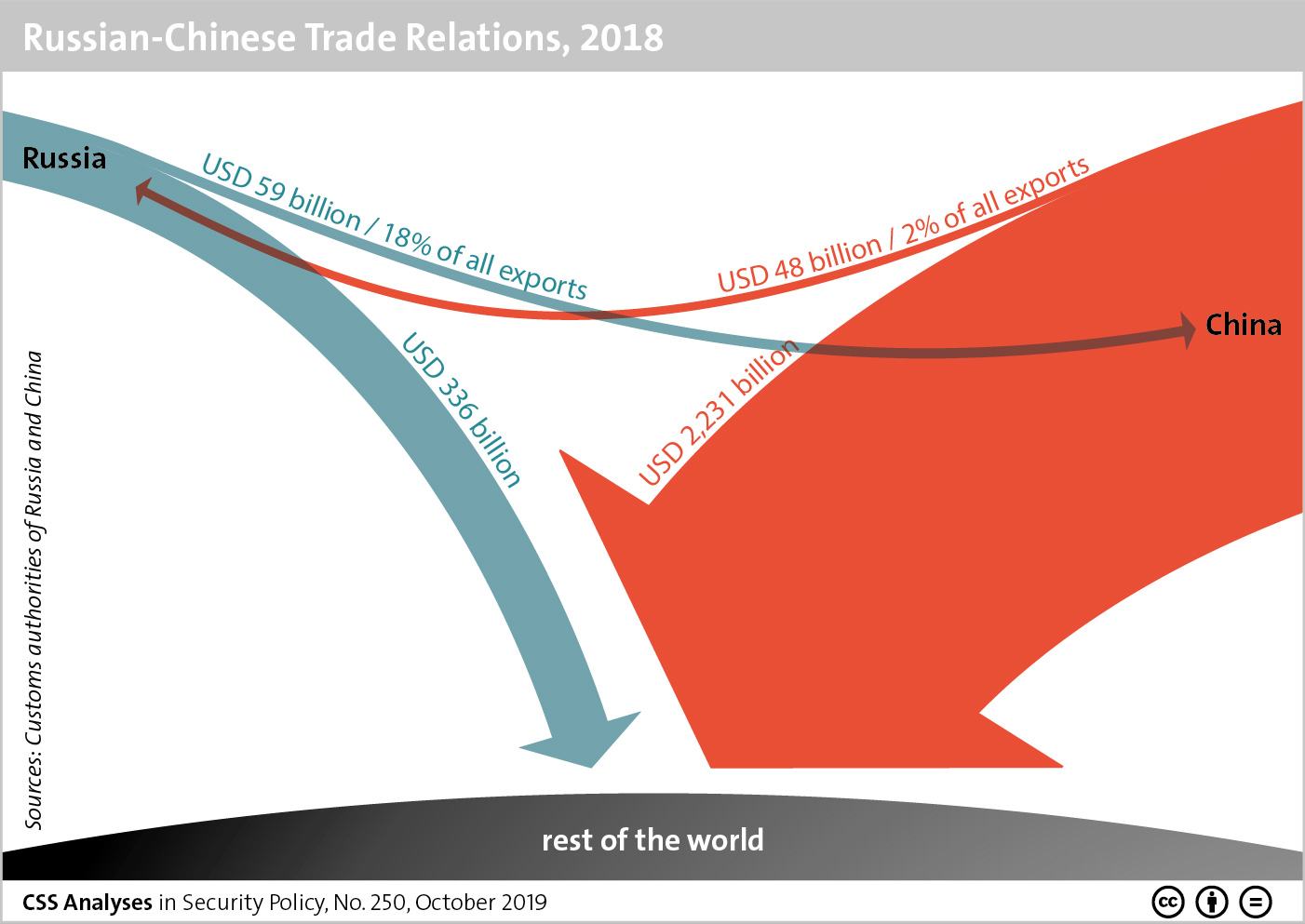 This graphic shows Russia and China’s trade relations with one another and the rest of the world. For an insight into the potential of Moscow and Beijing’s partnership, read Jeronim Perović and Benno Zogg’s recent #CSSAnalyses in Security Policy here.

END_OF_DOCUMENT_TOKEN_TO_BE_REPLACED

This article was originally published by Harvard International Review on 2 May 2017.

Throughout the 2016 presidential election, then candidate Donald Trump blasted China for its protectionist trade policies, currency manipulation, and several other accusations. Indeed, these accusations were not limited to Trump as China bashing is simply standard fare for anyone seeking elected office on campaign trails. Much of Trump’s campaign was however met with derision. As the election process unfolded, the derision soon turned to snickers. As the election continued, the snickers turned downright somber while he sailed past his Republican opponents Jeff Bush, Ted Cruz, Marco Rubio, and others who had been deemed more likely GOP nominees.

Among the intelligentsia, the mood has turned to alarm as now President Trump has set out to do exactly as he had promised during his “America First” campaign. To show his sincerity to the campaign promise of bringing jobs back to the United States, he kicked off his first day in the Oval Office by issuing an Executive Order cancelling American participation in the Trans-Pacific Partnership (TPP). It was President Barack Obama’s signature trade deal creating a free-trade zone with eleven other nations for approximately 40 percent of the world’s economy. Trump also threatened to impose a 45-percent tariff on Chinese goods if China does not “behave” accordingly.