‘Ungoverned Space’: the Concept that Puts Humanitarian Aid in the Firing Line of the War on Terror 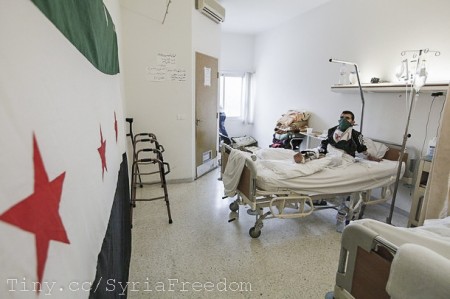 This article was originally published by The Conversation on 16 October, 2015.

The hospital bombed by US troops in Kunduz, Afghanistan, treated trauma patients, no matter whether they were civilians or Taliban fighters. The bombing happened as Afghan and US forces fought to drive Taliban out of the city the latter had captured just days before.

If the targeting of the hospital, which killed at least 22 people, had been an accident, it would leave no doubt about the return of war to the urban centres of Afghanistan. But knowledge of the hospital’s GPS coordinates by the US and Afghan armies and the precision of the attack suggest otherwise.

Both Afghan and US officials at one point in the aftermath suggested that they were targeting Taliban fighters on the hospital’s grounds, something that Médecins Sans Frontières‎, which runs the hospital, denies was the case. If the attack was in fact intentional, how can we make sense of such a breach of the Geneva conventions that forbid attacking humanitarian structures? END_OF_DOCUMENT_TOKEN_TO_BE_REPLACED 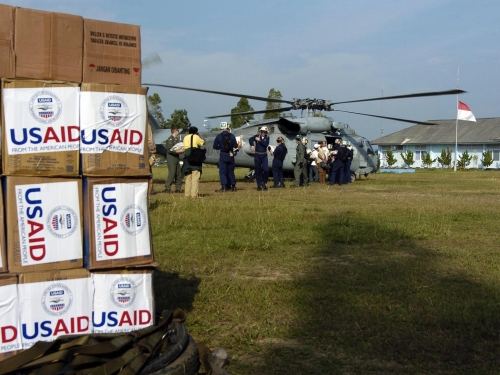 Public opinion on United States foreign aid varies widely depending on who is being asked. However, one domestic opinion on the matter is clear: we spend too much on foreign aid. In a 2013 poll conducted by the Pew Research Center, the majority of Americans wanted to either maintain or increase spending for almost all US government initiatives. Foreign aid was the only exception. Facing a national debt of more than sixteen trillions while news of humanitarian initiatives in foreign nations proliferate, it is not surprising that so many Americans believe the US should be cutting back on foreign aid. However, much of this sentiment is based on an ongoing misconception — the majority of Americans believes the US government spends 28 percent of its federal budget on foreign aid. In reality, foreign aid accounts for only 0.7 percent. Military aid, which is accounted for separately, makes up another 0.5 percent. END_OF_DOCUMENT_TOKEN_TO_BE_REPLACED

The Rise of the Humanitarian Drone: Giving Content to an Emerging Concept 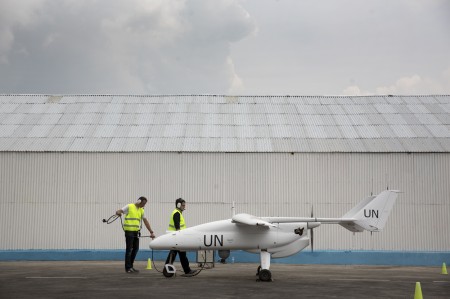 This article was originally published by iRevolution on 30 June 2014.

Kristin Bergtora, who directs the Norwegian Center for Humanitarian Studies (and sits on the Advisory Board of the Humanitarian UAV Network, UAViators), just co-authored this important study on the growing role of UAVs or drones in the humanitarian space. Kristin and fellow co-author Kjersti Lohne consider the mainstreaming of UAVs as a technology-transfer from the global battlefield. “Just as drones have rapidly become intrinsic to modern warfare, it appears that they will increasingly find their place as part of the humanitarian governance apparatus.” The co-authors highlight the opportunities that drones offer for humanitarian assistance and explore how the notion of the humanitarian UAV will change humanitarian practices. END_OF_DOCUMENT_TOKEN_TO_BE_REPLACED A recent headline in The Daily Telegraph. Photo: Howard Lake/flickr.

The UK’s Daily Telegraph ruffled a few feathers earlier this month by building a story around a few out-of-context remarks by the head of the UK’s Charity Commission to suggest that millions of pounds raised to assist victims of the conflict in Syria were being diverted to terrorist groups. The Charity Commission reacted swiftly to correct the story, pointing out that they possessed no evidence of any such diversions and that they work very closely with charities to minimize the risk that any could occur.

Fears of charitable donations being diverted away from their intended recipients are nothing new. Nor are accompanying fears that diverted money is ending up in the hands of people with less-than-good intentions. What is relatively new is how these fears are being addressed since the launching of the “global war on terror” in the wake of the 11 September 2001 attacks in the US.

Humanitarian organizations have long recognized that they have a responsibility towards both their donors and their beneficiaries to ensure that aid reaches the people it was intended for. Many organizations have developed their own systems of checks and balances to ensure that it does. However, it has long been recognized, both by donors and charities, that in conflict and emergency situations no system is perfect and there is always a risk that some aid is diverted or ends up in the wrong hands. What has changed with the dominance of a counter-terrorism discourse is that this risk of diversion has been defined as a security threat due to the fear that those wrong hands are terrorist hands. END_OF_DOCUMENT_TOKEN_TO_BE_REPLACED

The Pillars of Peace 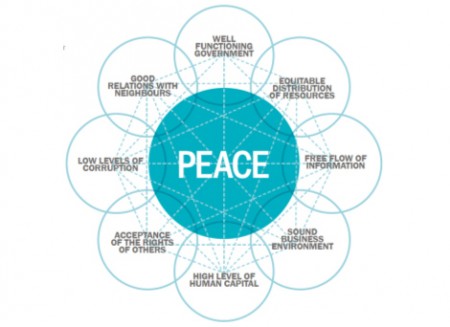 Pillars of peace. Image: Institute for Economics and Peace (IEP).

One of the major challenges facing the peacebuilding and development community today is how to balance short term humanitarian assistance with long term efforts to build capacity and resilience. We see this tension played out in many countries receiving significant overseas development assistance (ODA). Part of the problem is a lack of reliable data which, in turn, affects our ability to understand the effectiveness of the resources that international donors have channeled into peacebuilding efforts. This does not imply that these efforts are failing, but rather that we don’t know enough about their impact and the extent to which they are making progress towards building long-term capacity and resilience.

To help monitor and evaluate the long term progress of countries, the Institute for Economics and Peace (IEP) has developed a framework that analyzes data and attitudinal surveys in conjunction with current thinking about the long term drivers of peace, resilience and conflict. Recently launched in Geneva, the Pillars of Peace report identifies the attitudes and structures that typically underpin peaceful societies. The report shows that countries which tend to be more peaceful have a number of characteristics in common. For instance, peaceful countries are more equitable, have lower levels of corruption and higher levels of human capital. This shows that development assistance needs to look beyond short term efforts to contain violence and instead focus on the slow moving but underlying ‘Pillars’ that support peaceful societies. END_OF_DOCUMENT_TOKEN_TO_BE_REPLACED