By Jeremy Oppenheim and Tristram Stuart

LONDON – With food prices having doubled in the past decade, food security is back on the international agenda. How can the world produce more to feed the next billion people? How can agricultural yields be raised? What is the best way to develop aquaculture?

Unfortunately, this focus on the supply side misses half the problem. The world already produces more than twice the number of calories that the human population requires. An estimated one-third of global food production is wasted. In poor countries, food is lost due to inadequate storage and gaps in the supply chain (for example, a lack of refrigeration); in rich countries, food is also wasted in the supply chain, and consumers throw a lot of food away. END_OF_DOCUMENT_TOKEN_TO_BE_REPLACED

A new social category recently emerged on the security and development landscape–the fragile city. The preoccupation with “fragile” and “failed” cities–at least in military circles–echoes many of the very same anxieties associated with failed and fragile states. Such cities are said to experience ruptures in the social contracts binding governments and citizens and a declining ability to regulate and monopolize legitimate violence across their territories. In extreme cases, municipal governance systems and security apparatus collapse altogether.

The dizzying pace of urbanization in the twenty-first century is believed to exacerbate fragility in large and intermediate cities. The United Nations estimates that the world’s slum population will reach two billion by 2030, accounting for the majority of all future global population growth. A growing cadre of relief and development specialists is also aware how some cities–Ciudad Juárez, Medellín, Karachi, and Tegucigalpa–are synonymous with a new kind of fragility with severe humanitarian implications. While not necessarily affected by armed conflict, these and other urban centers are seized by levels of violence on par with war-torn Abidjan, Benghazi, Damascus, or Mogadishu. END_OF_DOCUMENT_TOKEN_TO_BE_REPLACED 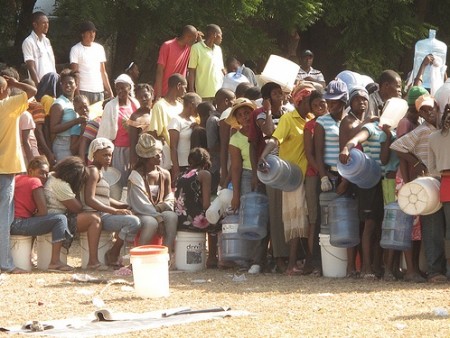 For many of us, water is such a fixture of everyday life that we take it for granted and even waste it — forgetting that more than 1 billion people in the developing world do not have access to it at all. Today, clean, safe drinking water is scarce. Though a basic human need, so many people around the world spend much of their time searching for it and, too often, failing to find it.

The 2011 World Water Week lasts from 21 to 27 August in Stockholm, Sweden– hosted and organized by the Stockholm International Water Institute. END_OF_DOCUMENT_TOKEN_TO_BE_REPLACED

The Welcome Demise of Cluster Munitions 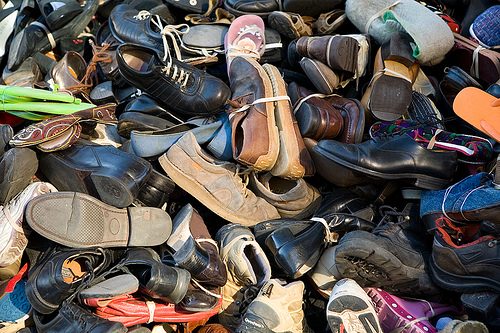 Munitions that break apart and scatter over a wide territory have been used since World War II. But yesterday, 1 August 2010, the Convention on Cluster Munitions (CCM) has finally become part of international Humanitarian Law. Following in the footsteps of the Mine Ban Treaty, the CCM disallows the use, production, stockpiling, and transfer of cluster munitions.

The impetus for the treaty was widespread concern over the severe damage and risks to civilians from explosive weapons not only during, but also long after attacks. Cluster munitions (or cluster bombs) are indiscriminate weapons dropped from the air or deployed by ground-based delivery systems that often distribute hundreds of bomblets (or submunitions) that can cover an area the size of several football fields. On impact, many of the bomblets fail to explode – by design or flaw – and thereby remain a threat to lives and livelihoods many years after the conflict has ended. The most vulnerable, as usual, are the children, mistaking the deadly shrapnel for toys. END_OF_DOCUMENT_TOKEN_TO_BE_REPLACED