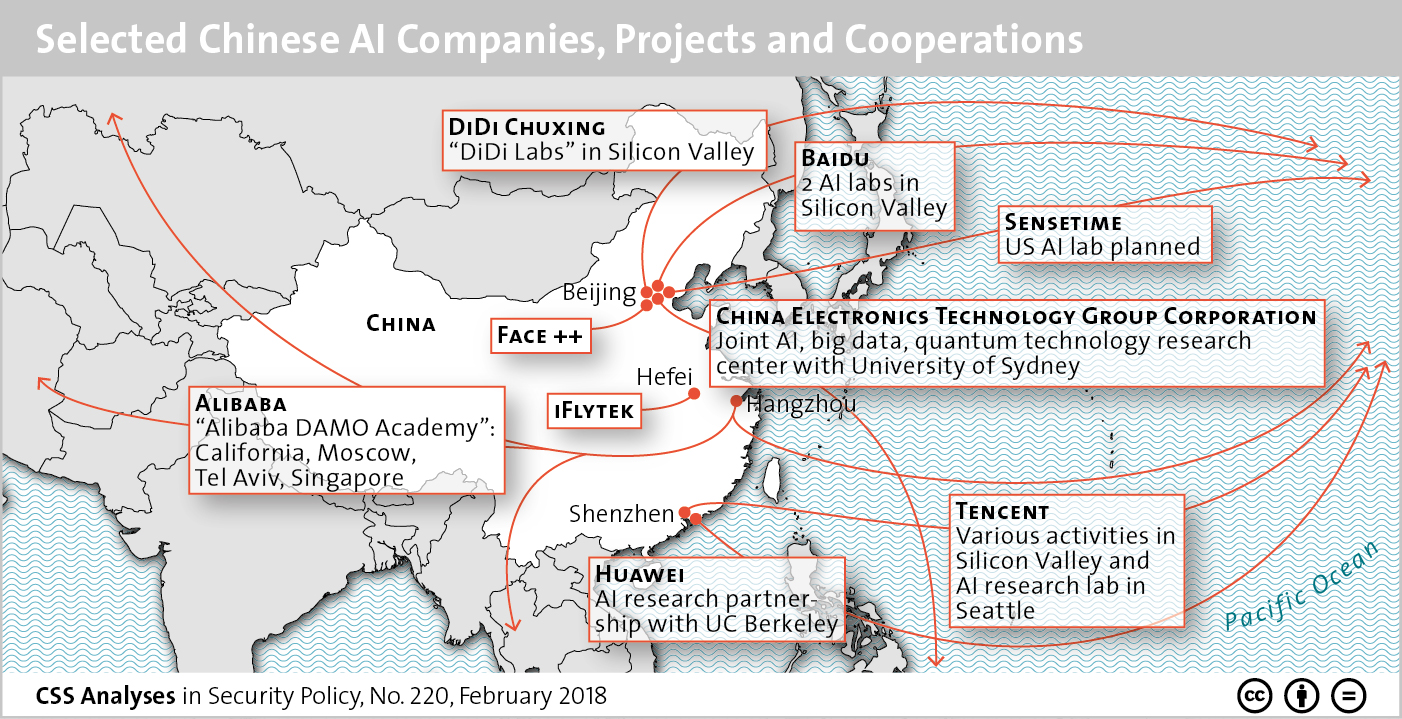 This graphic maps out a selection of Chinese AI companies and provides an overview of their current projects and collaborative efforts. To find out more about China’s ambitions to become a world leader in artificial intelligence, see Sophie-Charlotte Fischer’s CSS Analyses in Security Policy here.

This graphic maps out a selection of Chinese AI companies and provides an overview of their current projects and collaborative efforts. To find out more about China’s ambitions to become a world leader in artificial intelligence, see Sophie-Charlotte Fischer’s recent addition to our CSS Analyses in Security Policy series here. For more graphics on economics, see the CSS’ collection of graphs and charts on the subject here.

END_OF_DOCUMENT_TOKEN_TO_BE_REPLACED

This article was originally published by the Elcano Royal Institute on 14 March 2017.

The authors analyse reasons accounting for the growing discontent with globalisation and the liberal establishment in advanced democracies.

This paper presents five hypotheses to account for support for anti-establishment and anti-globalisation movements. In addition to the predominant perception that the economic decline of the middle classes and the growing xenophobia evident in the West account for Donald Trump’s victory in the US, Brexit and the rise of the National Front in France, among others, the authors set out another three reasons: the difficulties that significant layers of the population are having in adapting to technological change, the crisis of the welfare state and the growing disenchantment with representative democracy.

A consensus has existed for decades among the main political forces of the US and Europe revolving around the idea that economic openness is positive. The flows of trade and investment and, to a lesser extent, workers have thus been gradually liberalised over time. Thanks to this liberal order, Western societies have become more prosperous, more open and more cosmopolitan. Although some lost out from this economic openness, the majority of voters were prepared to accept a greater level of globalisation. As consumers they could acquire products more cheaply from countries such as China, and they also understood that the welfare state would protect them appropriately if they temporarily fell into the category of the losers (in political economy this is known as the ‘compensation hypothesis’,1 according to which more open countries tend to have larger state sectors and redistribute more). For their part, developing countries have also benefitted from economic globalisation, exporting products to the wealthy transatlantic market (which is more and more open) and sending remittances from the West to their countries of origin. The invention seemed to work.