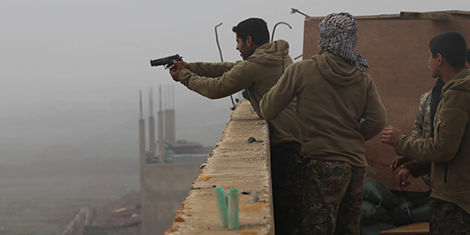 END_OF_DOCUMENT_TOKEN_TO_BE_REPLACED

Cameroon and the Growing Threat of Boko Haram Contagion

This article was originally published by the IPI Global Observatory on 14 August 2014.

On July 26, a group of heavily armed assailants attacked Kolofata, a Cameroonian town located near the country’s shared border with Nigeria. While there have been no immediate claims of responsibility for the attack, in which three people were killed and the wife of Cameroon’s deputy prime minister was kidnapped, the incursion conformed to the modus operandi typically employed by the Boko Haram Islamist extremist sect. END_OF_DOCUMENT_TOKEN_TO_BE_REPLACED