This article was originally published by the Combating Terrorism Center (CTC) on 21 June 2017.

An important part of the Islamic State’s meteoric rise to power in Syria and Iraq was due at least in part to its creative use of social media tools to distribute propaganda and recruit new members. The group’s well-documented social media skills have attracted tens of thousands of foreign fighters to join the fight. As documented by the CTC weeks before Abu Bakr al-Baghdadi established the caliphate in Mosul, the Islamic State propaganda machine also served a critical role in psychological operations during the group’s blitzkrieg advance into northwestern Iraq in June of 2014.

It is somewhat ironic, therefore, that the group has issued an official ban on social media for all of its soldiers. In a document (see below) produced by the Islamic State’s Delegated Committee a few weeks ago and disseminated via Islamic State distribution channels more recently, the group’s order to all of its soldiers stated: “effective from the date of this notification, using social networking sites is entirely and completely forbidden. Whoever violates this exposes himself to questioning and accountability.” The order was published by the group in both Arabic and English.

This is not the first time the group has warned against the use of social media by its rank-and-file, but the May 14th order is its most forceful attempt to date. As early as September 2014 and again in official releases in January and September of 2015, Islamic State officials warned against individual soldiers posting updates on social media platforms and prohibited them from publishing official statements on behalf of the group. Official Islamic State propaganda units, the leadership advised, would take care of these activities.

The May 14th ban emphasized the security reasons for staying off social media. There are several documented cases in which Islamic State soldiers have jeopardized the operational security of the group. In one infamous case two years ago in June 2015, an Islamic State foot-soldier posted a selfie in front of his headquarters building. The social media post, complete with geolocation data, enabled U.S. intelligence officials to quickly target and destroy the facility in an airstrike. The May 2017 official ban acknowledges that the Islamic State’s enemies monitor social networking day and night in an effort to “penetrate the ranks of the muwahhidin (those who worship Allah only) and to learn their secrets.” It specifically laments the group’s past losses to social media missteps of Islamic State fighters. “How many mujahid has [sic] been killed because of this! How many a maqarr (headquarters) has been destroyed!”

Stopping today’s soldiers from posting content that could jeopardize operational security is a concern for any fighting force. The same goes for the desire to speak with one voice and to stay on message. Islamic State officials stated that operational security was the reason behind the ban, but keeping the rank-and-file away from social media may serve another purpose that is potentially more important to the group—to stifle dissent and discontent within the group’s ranks and to prevent burgeoning ideological schisms within the organization from widening.

Three days after issuing the ban, Islamic State leadership followed the one-page order with a 12-page document (see below) to everyone in the caliphate. This document responded to the group’s Muslim critics, including defectors who have been active on social media, and clarified the group’s position on takfir and other contentious matters of ideological import. It was also featured in the Islamic State’s Arabic weekly, al-Naba, on May 25, 2017.

Meticulously justifying every policy decision on religious grounds is standard practice for the group, but the long-form May 17th document’s emphasis on obedience signals an attempt to heal ideological rifts that are occurring inside the organization and being stoked by defectors leaving it.

Like any political entity, the Islamic State has had to answer to critics on both their left and right, including defectors who are now criticizing the group via social media. The May 17th document, entitled “That Those Who Perish Would Perish Upon Proof and Those Who Live Would Live Upon Proof,” addresses these two camps. To counter the critics who believe the Islamic State is too extreme in its declarations of takfir (the practice of declaring one as an unbeliever) and those who proclaim the Islamic State is itself kafir (unbelievers) because it is not extreme enough, the group defended its positions using numerous Qur’anic verses, hadiths, and passages from notable Islamic scholars. The document states the Islamic State’s application of takfir is appropriate and in complete accordance with the Qur’an.

The May 17th justification also chides those who are cowardly criticizing the Islamic State from kafir regions outside of the caliphate instead of doing it from inside the caliphate and in accordance with Islamic customs and traditions. For example, the document features guidance from Ibn Abi ‘Asim, a 9th Century Iraqi scholar, on the proper way to criticize an authority figure in the caliphate:

“Whoever wants to sincerely advise an authority, then he should not do so publicly, but he should take him by his hand and withdraw with him. If he accepts it from him, then so be it; and if not, then he has fulfilled his responsibility.”

Other passages in the May 17th document focus on the importance of obedience to authority. The Delegating Committee stated that obeying authority figures is a religious duty. Even “if they command something that the soul dislikes, obeying them is obligatory.” Openly criticizing decisions made by the Islamic State results in “the loss of trust between the troops and their umara (emirs), as well as bad assumptions about the umara and the removal of their dignity, which leads to dissension and separatist corruption.” In the end, the document portends that “mentioning the faults and errors of the umara in private and public gatherings only leads to evil.”

Another odd passage includes a quote from ‘Abdullah Ibn Mas’ud, a companion of the Prophet Mohammad, on the importance of obedience, even obedience to a tyrant. “If the imam is just, then he gets the reward and you must be grateful. And if he is a tyrant, then he bears the burden and you must be patient.”

Finally, the document concludes by encouraging Islamic State followers “to be content, accepting, and having [sic] good assumption of those in authority.” It is improper to criticize the emir or “to insult, gossip, expose, provoke, or incite with the claim of reconciliation.” The selection of these passages, especially when viewed in relation to the Islamic State’s social media ban, suggest that the group is suffering from command and control and other related operational authority problems, and that the group views this issue not only as a strategic problem but potentially also a strategic vulnerability.

Today, one of the Islamic State’s unofficial media group, al-Wafa Media Foundation, posted a seven-page article filled with paranoid allegations about outsiders penetrating the group online in an attempt to divide the organization. Of note, the post describes an alleged conspiracy hatched by the former emir of Ansar al-Sharia in Tunisia and shared with current al-Qa`ida leader Ayman al-Zawahiri to sow doubt about the group online on Twitter and Telegram. This plot entailed a two-phase approach to initially spark an online debate about the authenticity and reliability of the Islamic State’s media ministry and al-Naba magazine and then challenge the authority of the Delegated Committee (the same organization that issued the social media ban) and various ministry emirs within the Islamic State.

It will be interesting to see what effect all of this has on the group’s followers and what counterterrorism officials do to exploit the situation. The Islamic State has long prided itself on its effective use of social media, and it has enjoyed the amplifying effects of thousands of its followers that extend the virtual reach of the group’s message and image online. Will Islamic State soldiers comply with the new edict, or will this ban, coupled with new and heightened concerns over obedience, lead to a backlash and further internal rifts?

It is said the pen is mightier than the sword, and the Islamic State has used both to great effect thus far. The group’s recent social media ban for tens of thousands of its soldiers and a follow-on manifesto on obedience and the appropriate mediums for voicing dissent, however, speaks to its growing fear of the pen. 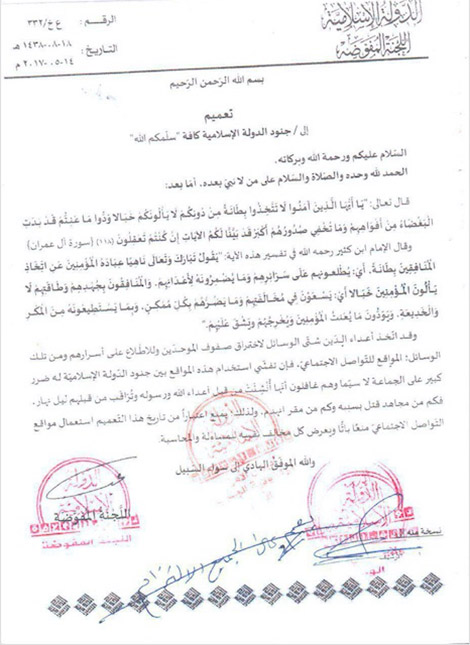 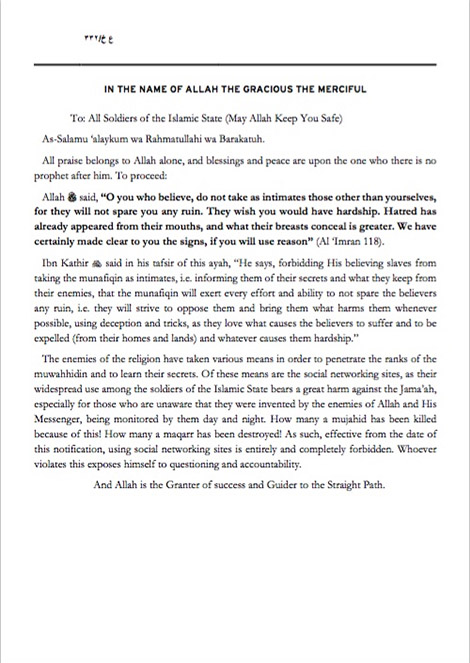 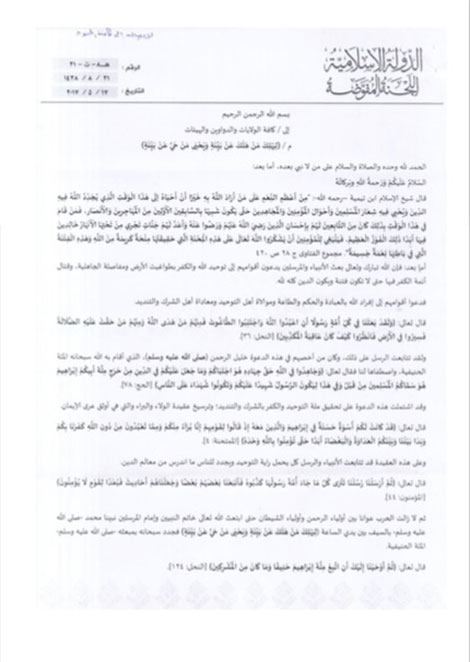 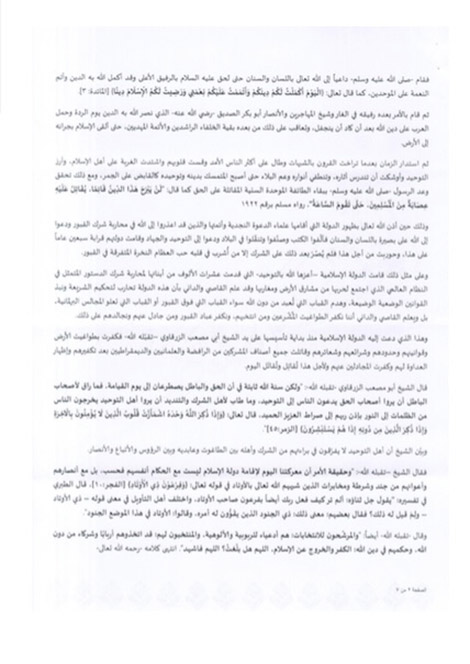 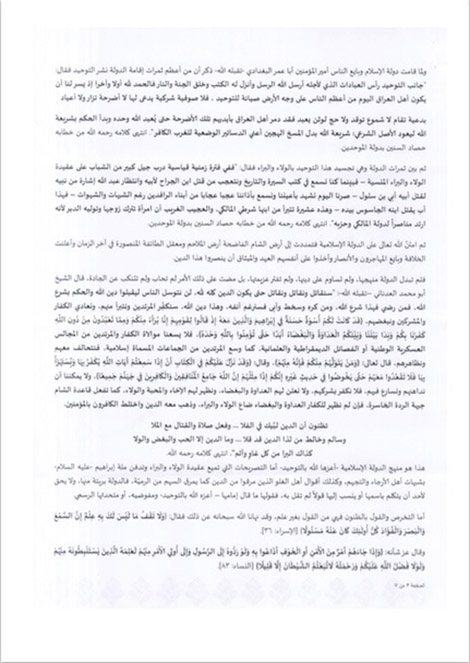 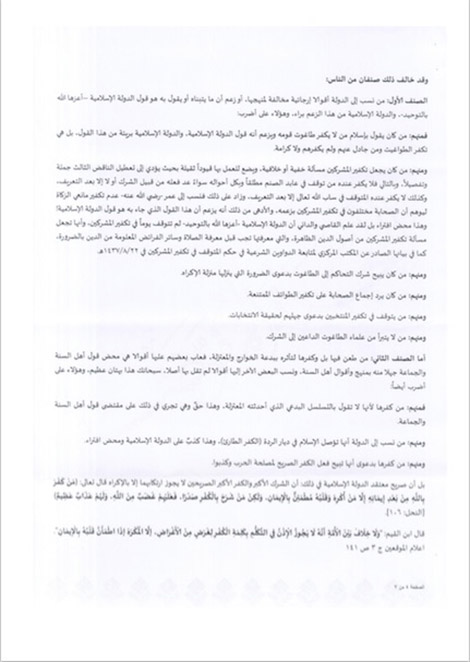 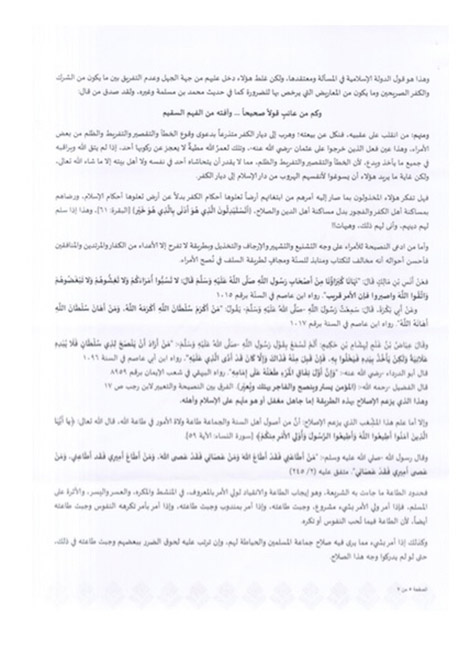 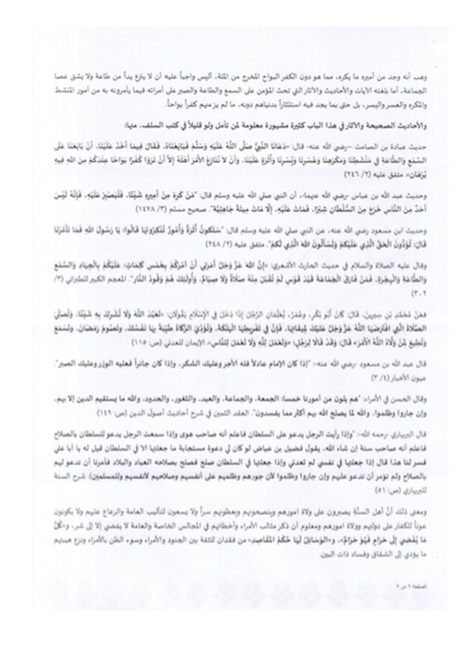 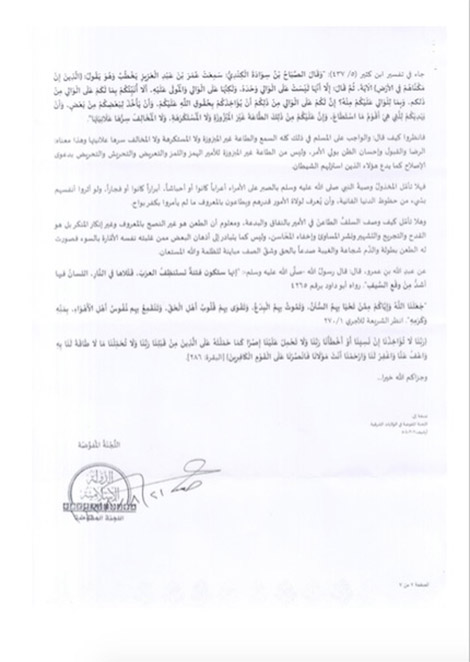 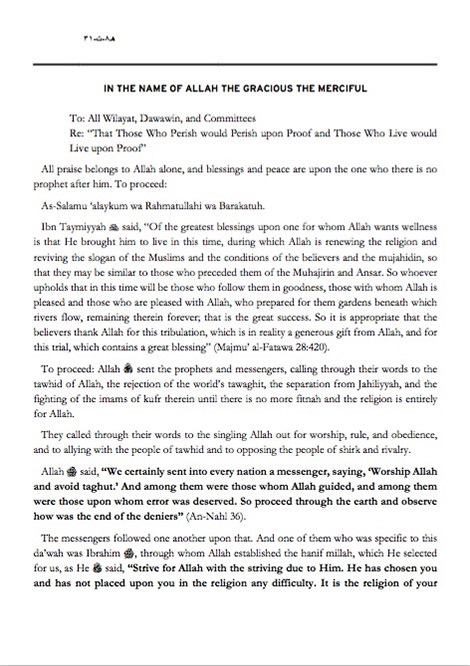 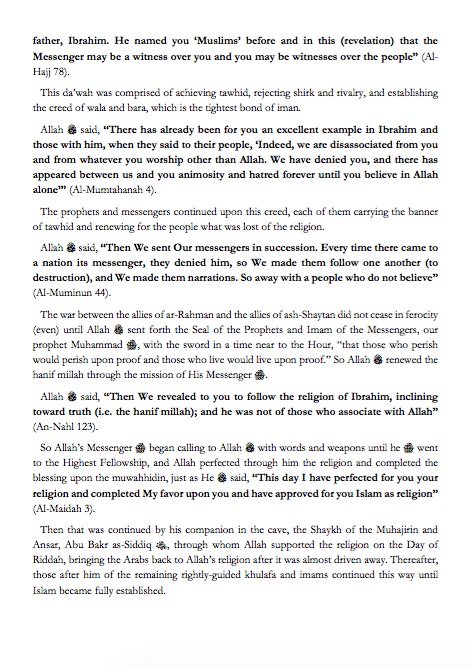 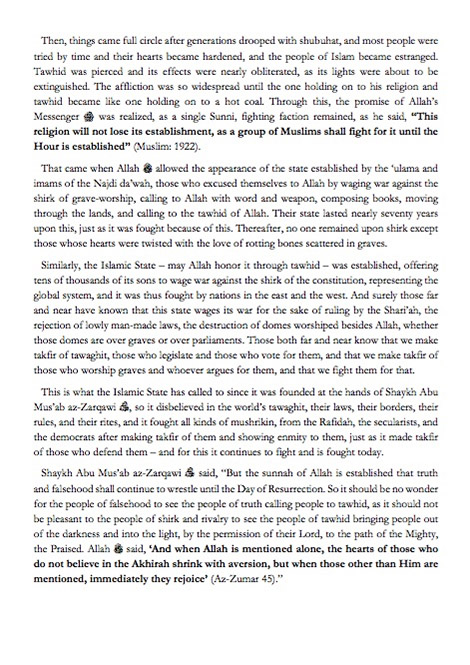 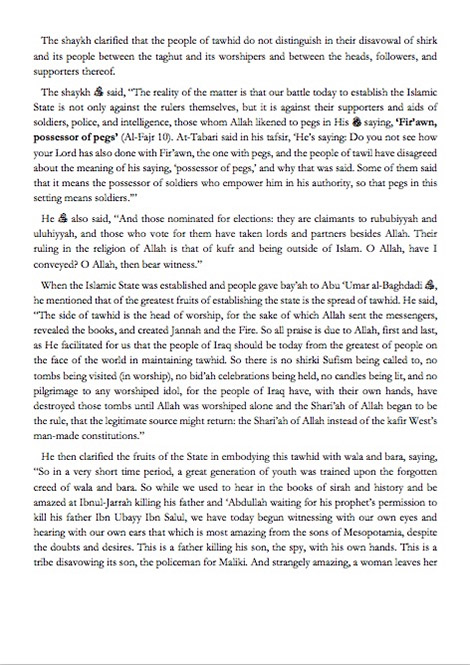 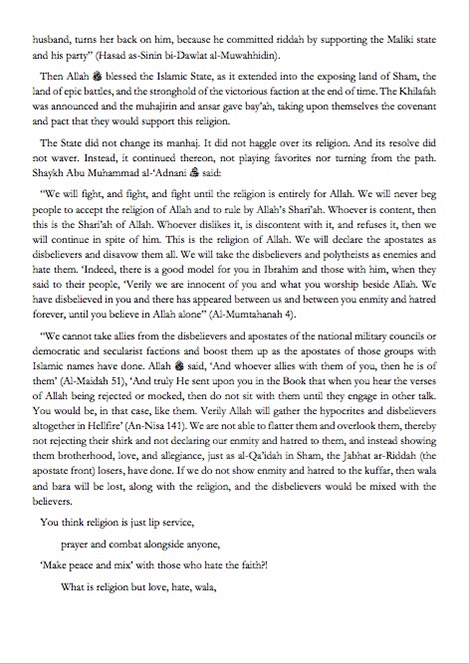 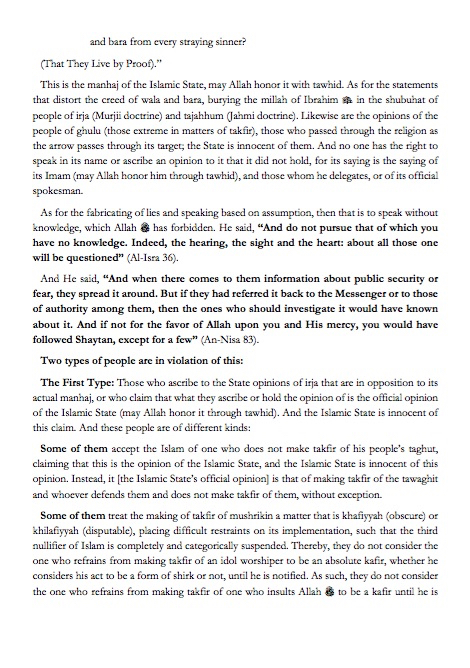 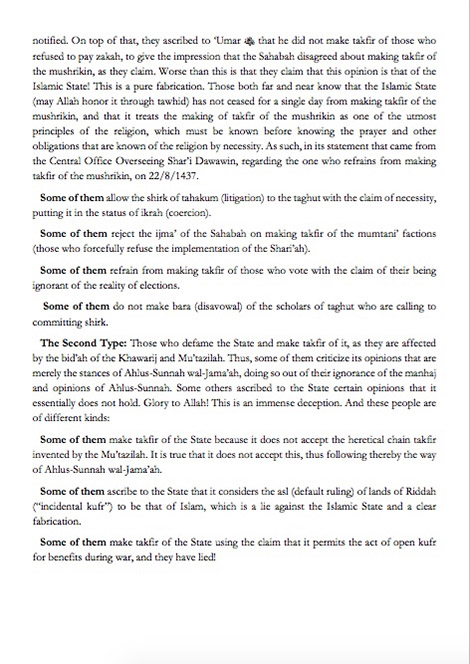 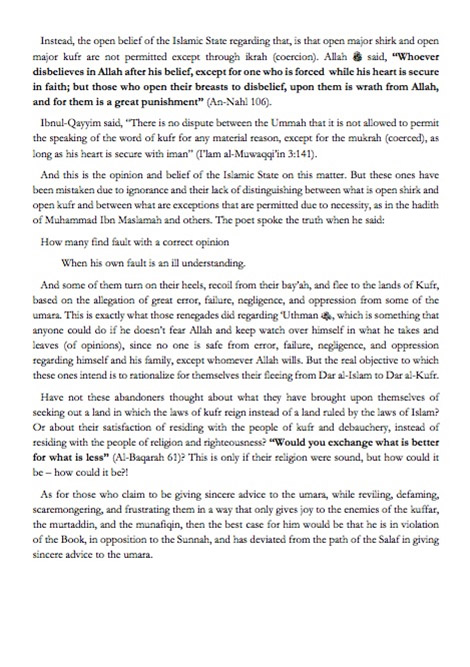 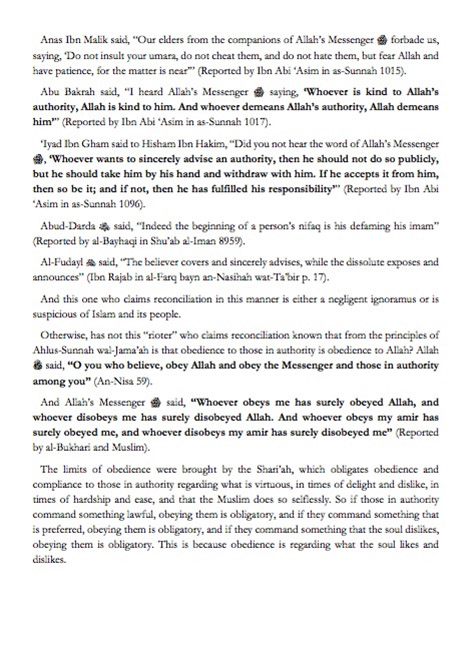 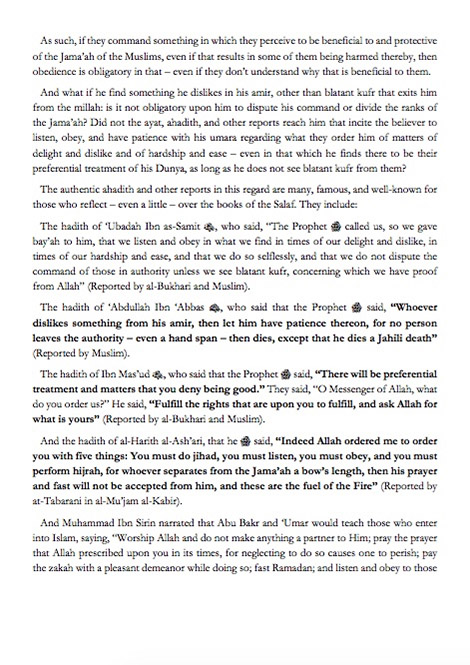 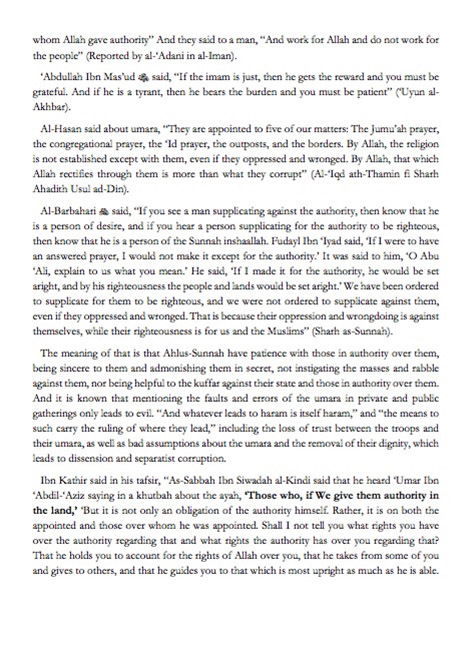 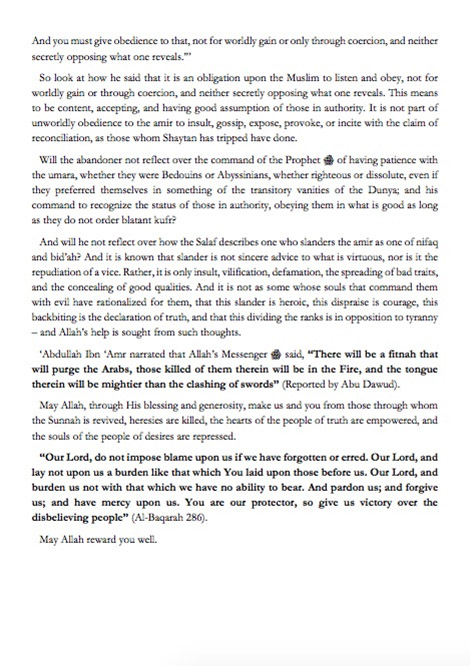 Lieutenant Colonel Bryan Price is the Director of the Combating Terrorism Center and an Academy Professor in the Department of Social Sciences at the United States Military Academy at West Point.

Muhammad al-`Ubaydi is a Research Associate at the Combating Terrorism Center at West Point.