How Brazil’s Political and Economic Crisis Affects its Military Spending 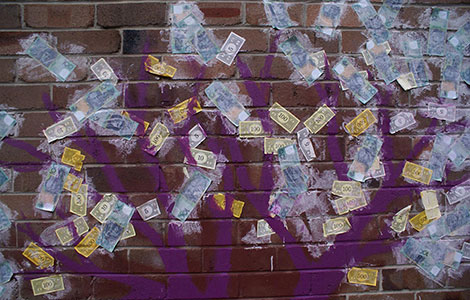 However, Brazil’s economic growth relied heavily on commodities exports. In the mid-2000’s, these exports accounted for 14% of its GDP, compared to only 6% in the 1990’s. Hence, Brazil’s growth spurt was mainly due to an abrupt increase in commodity prices, related to China’s demand. The Brazilian economy rode Chinese economic growth by expanding its exports to Beijing fourfold between 2000 and 2010. This ‘commodity boom’ initially helped Brazil to shield itself from the effects of the 2008 global financial crash. However when the price of soy beans—of which Brazil is the world’s biggest exporter—started to plunge in 2013, so did the economy. 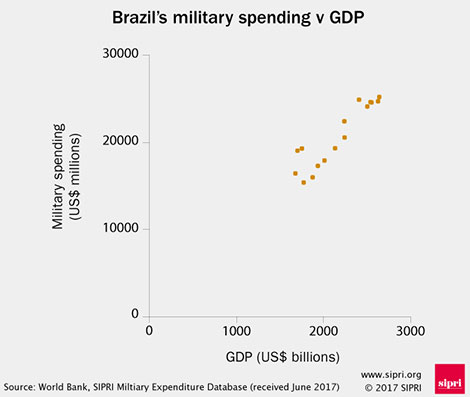 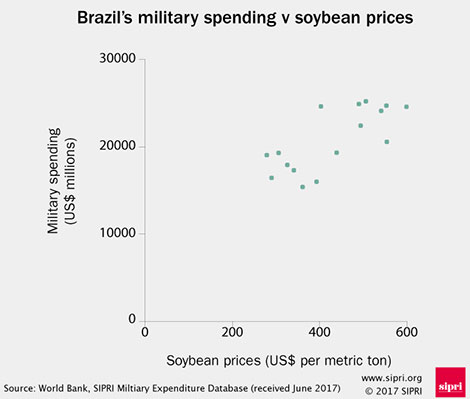 With a worsening economic scenario, several military projects have been delayed due to lack of funds. On top of the poor economic performance, all hell broke loose in the aftermath of the depositions regarding Petrobras’ corruption scheme. Just to give an idea of the extent of the depositions, Alberto Youssef, the money launderer who first disclosed the plot to the Federal Police, said ‘If I speak, the Republic is going to fall’. The start of the investigations and the ensuing political instability that followed led to several convictions and to President Dilma Rousseff’s highly controversial impeachment.

In the aftermath, Michel Temer, Dilma’s former Vice President, took office in late 2016 with a promise to cut public spending and resume economic growth. So, only a few months after coming to power, Temer got the Congress to approve the Constitutional Amendment 95 (CA 95), a new fiscal regime that limits government spending for the following twenty years. That, of course, will have an impact on defence planning.

This is a big deal. The financial ceiling settled by the CA 95 is an overall limit, which means that the total government budget designated for the fiscal year must be allocated among the executing units according to their priority. Such a zero-sum structure incites even fiercer inter-bureaucratic competition for larger budget shares. Within the budgetary limits set by CA 95, if you need money for sector ‘X’, let’s say ‘defence’, it will have to come from somewhere else. So, that’s the puzzle for the years ahead.

The amount of resources necessary to continue the military modernization plans set out by Lula in the early 2000’s is significant. This scenario bounds the continuity of Brazil’s military projects to CA 95’s—rather questionable—effectiveness to foster economic growth. Otherwise, an increase in military expenditure will only come at the expense of other areas. Since defence matters are not a widespread concern among Brazilian civil society, a growth in military spending in this last scenario would be quite hard to justify.

To guarantee a stable source of funding in an austerity environment, Raul Jungmann, Temer’s Minister of Defence, has been trying to reframe the discourse regarding arms production, especially the KC-390 aircraft, in economic terms to increase the political importance of military projects under Temer’s economic recovery agenda. Under Lula and Dilma’s government, the military industrial base was presented in terms of national autonomy. Now, Jungmann wants to justify investments in the sector based on its potentially positive impact on the balance of payments. So far, Jungmann’s political capital is bearing fruits. Recently, the Ministry of Foreign Affairs issued the Strategic Commercial Plan 2017 (PEPCOM 2017), which advises its staff to promote military sales abroad. This rationale, however, ignores the issue of opportunity costs. For instance, it could be the case that the costs related to arms production exceed the gains from exports.

Brazil’s stability is hanging by a thread. Although Temer was recently acquitted from the charges of illegal campaign financing in 2014, his hold on power is still highly uncertain. Popular manifestations throughout the country are demanding Temer’s resignation and a call for direct elections. As of April 2017, his approval rate was 9%, with a disapproval rate of 61%. Meanwhile in the Congress, Temer is trying not to lose political support; currently, there are 14 impeachment requests to remove him from power. Hence, a majority in the Congress, where an eventual impeachment process would be accepted and voted, is of key importance to Temer’s political survival.

All in all, Temer’s position is deeply tied to further developments of the ongoing investigations on corruption. And with it everything else.

Diego Lopes da Silva is a Guest Researcher with the SIPRI Arms and Military Expenditure Programme.