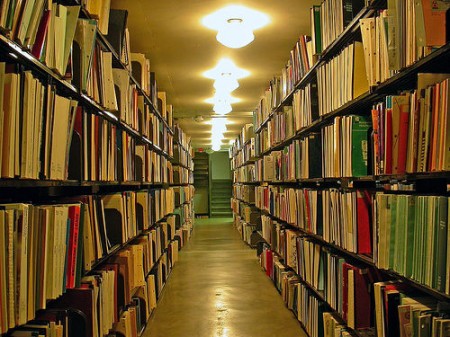 The intersection between economics and security is large and growing. Fighting wars and fulfilling security objectives has always had economic implications — in far more than just blood and treasure — and economic developments are having ever more rapid and dramatic consequences for traditional and emerging conceptions of security.  This syllabus will help keep you up to date.

The Powers to Lead
Joseph Nye Jr.; Oxford University Press, 2008
Review: “…exposes the changing nature of power and leadership and invites the reader to consider the skills and methods required for leading modern democratic organizations” … “[B]oth the neophyte and the seasoned leadership studies scholar can benefit from Nye’s book…”
Review: “…explores leadership as it relates to hard power (coercion) and soft power (influence and persuasion), and he calls the mixture of these powers smart power” … “[T]his excellent book offers important insight into leadership with valuable analysis and anecdotes for leaders and aspiring leaders…”

The Return of History and the End of Dreams
Robert Kagan; Knopf, 2008
Review: “Love him or hate him, Robert Kagan does big-picture thinking about foreign affairs in a way that eludes his few British counterparts” … “It is controversial stuff. The objections are obvious.”
Review: “‘The future international order will be shaped by those who have the power and the collective will to shape it,’ Kagan writes. ‘The question is whether the world’s democracies will again rise to that challenge.’ It’s an excellent question, and “The Return of History” does an admirable job of exploring it.”

The Bottom Billion: Why the Poorest Countries Are Failing and What Can Be Done about It
Paul Collier; Oxford University Press, 2007
Review: “Among the most controversial passages of Collier’s book is a plea for western military interventions in failing societies” … “This extraordinarily important book should be read by everyone who cares about Africa…”
Review: “Three things turn out to increase the risk of conflict: a relatively high proportion of young, uneducated men; an imbalance between ethnic groups, with one tending to outnumber the rest; and a supply of natural resources like diamonds or oil, which simultaneously encourages and helps to finance rebellion” … “an elegant edifice: admirably succinct and pithily written.”

Power and Plenty: Trade, War, and the World Economy in the Second Millennium
Ronald Findlay and Kevin O’Rourke; Princeton University Press, 2007
Review: ” [T]his book will challenge conventional wisdom and suggest new avenues of research by showing the ways in which long-distance trade affected historical events and trends that are usually examined in isolation” … “The argument … that the necessary link between power and trade in the mercantilist systems of the 17th and 18th centuries can be broadened to include other eras and other constellations of political and economic order is exceptionally powerful…”
Review:  “…indispensable for scholars who seek answers to questions such as: How did the world economy evolve into its present form? What events shaped its current characteristics? What roles did trade play in shaping the modern world economy?” … “[It] fully answers all these questions…”

Colossus: The Price of America’s Empire
Niall Ferguson; Penguin, 2004
Review: “The time has therefore come, Ferguson concludes, to revive Paul Kennedy’s term ‘imperial overstretch’, but to apply it now to the gap that exists between the domestic obligations Americans have taken on and their unwillingness to pay for them: this could be the Achilles’ heel of their empire” … “Perhaps there is also such a thing as authorial overstretch.”

Insecure Gulf: The End of Certainty and The Transition to the Post-Oil Era
Kristian Coates Ulrichsen; August 2011, Columbia Press
Google Preview
Review: “…in highlighting the uncertainties of a future from which oil income may not provide sufficient protection, it warns of the subregion’s impending demographic, economic, and environmental crises…”
Review: “…draws our attention to the dangers of a perfect storm in which domestic challenges could combine with externally induced security or economic shocks, exposing these societies to crises of such magnitude that their very sociopolitical foundations would be tested…”

Sovereign Wealth Funds and International Political Economy
Manda Shemirani; May 2011, Ashgate
Contents
Introduction
Review: “…a lucid assessment of the many political and economic issues raised by these Funds…”

Shifting Geo-Economic Power of the Gulf
Matteo Legrenzi, Bessma Momani eds.; May 2011, Ashgate
Introduction
Contents
Review: “…an extremely valuable collection of new work by predominantly younger scholars on a subject – the Gulf Arab export economies – that is
curiously under researched.”
Review: “…a closely edited and coherent set of original studies on the changing nature of these economies, on evolving policies and economic strategies, and on
their developing presence in the regional and global economy…”

Classic Articles, Chapters and Other Essays

And some highlights from our Digital Library on the topic include:

2 Responses to “A Reading List on: Economics and Security”