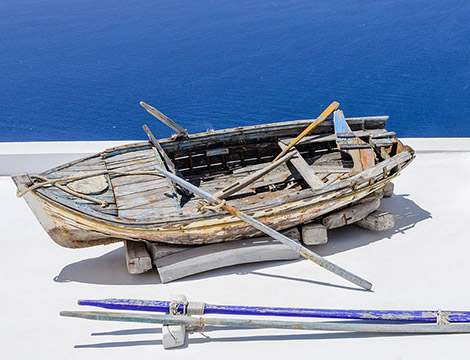 This article was originally published by the German institute for International and Security Affairs (SWP) in August 2016.

In June 2016, the United Nations High Commissioner for Refugees (UNHCR) presented his latest annual report on the situation of refugees and displaced persons around the world. Once again, this account documents new record levels in refugee numbers, both in industrialised and in developing countries. For governments and aid organisations, these statistics constitute an important basis for addressing displacement-related challenges in a more effective manner. However, the data provided by UNHCR is often incomplete and marked by a number of shortcomings. Increasingly high expectations are being placed on development cooperation in terms of tackling the root causes of forced displacement. Meeting these expectations requires reliable data.

Refugee crises can only be adequately addressed on the basis of comprehensive and reliable data. Displaced persons must be able to register as refugees in order to receive access to international protection and the related legal rights and aid. Host countries and communities depend on data pertaining to current displacement situations in order to plan the required services and provide the necessary administrative, personnel and material resources. The credibility of international aid organisations’ appeals for donations also rely on substantiated information about displacement situations.

Due to its mandate, UNHCR plays a key role in collecting and processing data on forced displacement. It is currently the only organisation capable of providing a consolidated overview of the global displace ment situation. As a result, the annual UNHCR refugee statistics constitute an important reference point for humani tarian and development actors engaged in situations of forced displacement, although they do display systematic shortcomings.

UNHCR has been reporting new annual highs regarding the number of people fleeing crisis situations since the beginning of the decade. The figure rose from 42.5 million in 2011 to 65.3 million in 2015. This overall figure comprises four different groups of people. In late 2015, 16.1 million transnational refugees were joined by 5.2 million Palestinian refugees (who do not fall within UNHCR’s mandate), 3.2 million asylum seekers and 40.8 million internally displaced persons. The quality of the data varies according to the group in question. In principle, UNHCR focuses its data collection on the requirements of humanitarian aid. This, however, does not always provide an adequate basis for longer-term development planning.

The Geneva Convention relating to the Status of Refugees constitutes the international legal framework within which the signatory states decide on the recognition of asylum claims. However, the respective national procedures and criteria still differ substantially, as do the definitions and methods of acquiring displacement-related data. In the majority of industrialised and emerging countries, UNHCR falls back on information provided by those institutions that are responsible for refugees. These, in turn, use widely differing data sources. This may, for example, result in stock figures for registered refugees and asylum seekers being compared with so-called flow data on the number of people entering or leaving a country.

The gaps in refugee statistics are even more pronounced in the developing countries. Here, UNHCR frequently relies on data produced by other United Nations (UN) organisations. These are based on varying methods, pursue divergent policy objectives and are therefore hardly compatible. Most often, however, UNHCR collects its own data during the registration of refugees. Keeping this information up to date is exceptionally challenging: On the one hand, numbers can be inflated when individuals remain included in the relevant statistics after their actual displacement situation has ended. On the other hand, registration data may be incomplete as individuals or members of a specific group are refused registration in the respective host country. The latter pertains to Syrian refugees in Lebanon, for instance.

Statistics on internally displaced persons (IDPs) are particularly weak. Since there is no binding international law on the protection of IDPs, their chances of being registered and benefitting from assistance depend on the respective national context. While in some countries, children of IDPs are not included in the relevant statistics, IDP status is »inherited« by the next generation in other country contexts, even if members of the original generation are already locally integrated or have settled down permanently. Overall, statistics on internal displacement are extremely fragmentary. Moreover, UNHCR records only those IDPs fleeing armed conflict, violence or human rights violations. In 2015, this amounted to 37.5 million people. This figure is incomplete, as it only takes into account those individuals benefitting from UNHCR support. The Internal Displacement Monitoring Centre (IDMC) provides more comprehensive statistics and counts 40.8 million IDPs fleeing from war and violent conflict. IDMC also points out that, between 2008 and 2015, an estimated 203.4 million people were displaced within their countries as a result of environmental catastrophes. This cause of displacement is rapidly gaining in significance. However, as those affected do not fall within UNHCR’s mandate, they are included neither in statistics on internal displacement, nor in statistics on transnational forced displacement.

The duration of refugee crises

UNHCR considers a displacement situation to be protracted when at least 25,000 people of the same nationality live outside their own country as a result of violent conflict for at least five years, with no prospect of their displacement coming to an end in the near future. According to UNHCR, this applied to 41 per cent of all refugees in 2015, with the average time spent in protracted displacement amounting to 26 years – nine years more than in 1993. Although the World Bank calculated a far lower average duration of 18 years, these figures leave no doubt about the fact that many people remain in a situation of forced displacement for extremely long periods of time.

The longer these situations persist, the more difficult it is to make the transition from emergency aid to more long-term development-oriented solutions. UNHCR has experienced this in many countries containing large refugee camps. In the Dadaab camp in Kenya, for example, generations of refugees have been forced into inactivity, and remain dependent on international aid as a result. They are denied the prospect of a self-reliant life, and this in turn may cause conflicts in the host country – as demonstrated by the ongoing discussion on the closure of the Dadaab camp.

The location of refugees and IDPs is a decisive factor in the transition from emergency aid to longer-term development programmes. Development actors find it far more difficult than their humanitarian counterparts to support communities in regions suffering from acute violent conflict. They therefore lack access to the majority of the 9.6 million IDPs currently living in Syria, Libya and Yemen. In addition, UNHCR data provides an incomplete account of the individual needs of refugees and IDPs. This applies particularly to those who settle outside official refugee camps. The majority of development projects focuses on refugee camps, although these are home to a mere six per cent of all refugees and IDPs.

Gender-related information exists for just 46 per cent of those individuals monitored by UNHCR, and age-related information for only 33 per cent. This is problematic, given that socio-demographic data is extremely important for the design of development-oriented strategies and policy interventions. Countries like Chad, the Democratic Republic of the Congo or Uganda, where the proportion of refugees and IDPs under the age of 18 is as high as 60 per cent require different types of interventions than countries like Georgia, where less than 25 per cent of IDPs are minors.

Additional data is required in order to determine the needs of those affected more accurately. A study of the situation of Syrian refugees in Jordan and Lebanon that was compiled in December 2015 offers an example of an innovative approach. Here, the World Bank drew on otherwise unavailable UNHCR data and used it to develop concrete recommendations on how to better tailor support to the needs of refugees. In general, it is advisable to ask those affected themselves, e.g. through household surveys, and to use these insights in the design of longer-term development programmes.

There is still a lack of global responsibility-sharing in refugee admission. To date, half of all refugees worldwide have found refuge in just seven emerging and developing countries. The majority of these are countries bordering on crisis-stricken states. The World Bank estimates that 48 million people in developing countries are directly affected by the presence of large numbers of refugees, and a further 56 million by IDPs.

One fundamental rule of development cooperation is that aid measures should always benefit the entire community in a given region, rather than only one specific group. If this rule is to be applied to situations of forced displacement, the impact on the host societies must be assessed more thoroughly. Impact assessments ought to include both negative effects on housing markets, public infrastructure, labour markets, and social cohesion, and positive effects like refugees’ contributions to the economy.

Several causes of forced displacement are not included in current refugee statistics. These include criminality, environmental factors and displacement by development projects. In Mexico and Central America, for instance, an estimated one million people fled drug- and gang-related crime in 2015. The number of people forced to leave their homes due to droughts or other effects of climate change is also on the rise. Finally, the IDMC reports that over 15 million people per year are driven from their settlement areas as a result of development projects, with one example being large-scale infrastructural schemes in China.

There are growing calls for improved data on forced displacement at the international level, most recently at the World Humanitarian Summit in May 2016. The German government has pledged to support these endeavours by funding a new Berlin-based data portal (Global Migration Data Analysis Center, GMDAC) that is run by the International Organization for Migration (IOM). If the portal’s activity can be consolidated, and its effective collaboration with other organisations ensured, it can make a significant contribution to improving the global data landscape. It is, however, essential to avoid the duplication of existing institutional structures. It is therefore equally important to expand the data collection and data analysis capacities of existing organizations within the framework of their respective mandates. Four aspects are of particular significance:

Firstly, the competence of national statistics authorities must be enhanced, and the comparability of data increased. The UN Statistics Commission is in the process of developing a handbook which will contain uniform definitions and recording methods. Member states should support this undertaking.

Secondly, data collection in displacement situations should be improved in order to boost the quality of development-oriented policy measures. New data collection methods could be employed for this purpose. Mobile phones and smartphones could help in assessing the needs of refugees and IDPs in remote regions. Personal data must be anonymised in order to prevent any misuse.

Thirdly, even the most comprehensive statistics are useless if the capacities for analysis and customised assistance are lacking. Both of these require new forms of international cooperation, e.g. through closer collaboration between UNHCR, IDMC, IOM and development actors.

Fourthly, it is crucial to compile statistics on those causes of forced displacement that have so far been overlooked by UNHCR, and to take these into account in development planning.