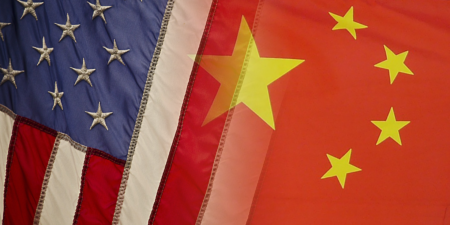 This article was originally published by the Istituto Affari Internazionali (IAI) on 22 July 2019.

The recent G20 summit in Osaka in June failed to deliver a breakthrough in the growing US-China rivalry over trade and technological supremacy. Like the rest of the world, Europe is feeling the heat of the trade war US President Donald Trump unleashed against China. As a resolution of this tug-of-war is not in sight, the EU’s new leadership should start preparing a comprehensive response.

For this, the EU should keep equidistance vis-à-vis the US and China and, depending on the issue, temporarily align with the positions of either one or the other so as to defend the norms and principles on which the liberal international order, including the multilateral trading system, depends.

The US is asking the Asian giant to cut the 337 billion US dollar bilateral trade deficit by 200 billion by 2020, reduce tariffs and cut subsidies for emerging industries. The Trump administration has also decided to restrict China’s ability to invest in, or acquire, US companies and start-ups in sectors such as robotics and aerospace. These sectors were identified by Beijing in its so-called Made in China 2025 plan, a document issued by the Chinese government in 2015 aimed at transforming the Asian giant from being the world’s “factory” into producing higher value products and services. In other words, a strategy to upgrade China’s manufacturing across the board.1
Washington has adopted a tough approach vis-à-vis Beijing, seeking to change China’s practices to boost US exports, protect intellectual property, technologic edge and counter discrimination against overseas investors. The more hawkish elements inside the Trump administration want to decouple the US economy from China, through the imposition of tariffs, barriers to cross-border investment and initiatives that would compel companies to break supply chains.2

For instance, Washington has decided to blacklist Huawei – China’s only world-leading advanced technology manufacturer – preventing US companies from buying its products, though in the last weeks Trump has softened his stance limiting the restriction to products that are considered significant for national security reasons. The source of friction is competition to build and deploy 5G architecture which will underpin a vast array of commercial and military technologies.3 Huawei has gained an undisputed edge in 5G technology over its Western competitors and this has attracted the ire of the US.4

The Trump administration’s tough approach towards China enjoys – to varying degrees – bipartisan support in Washington. It also goes hand in hand with a deepening hostility among ordinary citizens to a rising China which challenges US primacy.

China has responded by imposing tariffs on US products and by blacklisting some US companies from doing business in China. After their meeting at the G20 summit in Japan, Trump and Xi are negotiating a detailed agreement that would, in essence, constrain China’s ability to intervene in its economy in a way that distorts trade. In return, the US would hold off imposing more tariffs on Chinese products and start to undo actions taken so far.5

The trade war is turning the US into a significantly protectionist country, with tariffs possibly higher than India’s.6 A recent study from the Peterson Institute for International Economics (PIIE) – a Washington-based think tank – maintains that Trump has threatened tariffs on China that are not far from the average level of duties the US imposed with the Smoot-Hawley Tariff Act of 1930.7 PIIE experts argue that tariffs may even stay this high, because US negotiating demands are too humiliating for China to accept.

The EU has quite explicitly said it does not agree with the methods employed by the Trump administration in its trade war with China, not least since the US has also imposed punitive tariffs on European steel and aluminium manufacturers. Trump has repeatedly voiced concern about the 151 billion US dollar trade deficit with the EU, especially singling out German car tariffs as unfair.8

There is no denying that China challenges Western norms and principles. Yet, today it is the US under Trump that has become a disrupter of the liberal international order, including the fundamental norms of a trading system based on multilateral agreement and binding rules, which the US itself created in the wake of World War II.9 The Trump administration shows contempt for multilateralism and institutions, preferring bilateral bargaining and power relations instead.

Many Europeans would agree with the substance of the accusations that the US makes to China, but not with the confrontational approach adopted by the Trump administration.

The same applies to the case of Huawei. Although the Europeans share the same security concerns with the US regarding the Chinese company, the majority of EU member states are oriented towards a softer line which would allow Huawei to continue operating inside their countries alongside other providers, including US-based Cisco and European companies such as Ericsson and Nokia.10 This would avoid giving the Chinese company a leading position in the national market. Regarding the security aspects of the 5G network, European policy makers are considering whether to grant security authorities the right to access the source code of Huawei, as well as that of the other operators to safeguard national interests.

European states continue to collaborate with the US to limit China’s unfair trade practices, protect intellectual property rights and defend their national security from Chinese intrusion. In its last communication on China issued in March 2019, the European Commission and the High Representative of the Union for Foreign Affairs and Security Policy made a shift towards a more assertive – Trumpian “style” – approach, calling China an “economic competitor” and “systemic rival promoting alternative models of governance”.11
For many in Europe, China’s rise has not brought about the domestic changes hoped for by the West. Instead, economic growth has emboldened the Chinese regime which now presents its authoritarian political system as an alternative to liberal democracy.12

The European Council of 21–22 March 2019 voiced harsh criticism on issues ranging from the Belt and Road Initiative and Chinese investments in Europe, to the challenge posed by Beijing state-backed companies to European competitiveness and prosperity. Notwithstanding the hardening of tone, the EU and its member states have never confronted Beijing as openly as the US.

In this regard, the EU should not support US attempts to thwart China, as this would put Europe in an open confrontation with Beijing and elicit a backlash that will likely be detrimental to EU interests.

Instead, the EU should clearly indicate those issues on which it agrees with the US on trade and technology, seeking – when possible – to find a common position with Washington – such as the protection of intellectual property rights and the screening of Chinese investments into strategic industries – but without disrupting global norms. The EU has various times indicated that it disagrees with US resort to tariffs – which are in clear violation of the rules of the World Trade Organisation (WTO) – in its trade dispute with China.

At the same time, the EU should engage Beijing to uphold the centrality of the WTO and the principles of the multilateral trading system. Last year, the EU and China set up a working group to revamp the WTO to counter US unilateralism and send a positive signal to those who want to maintain the multilateral trading system.14 The two sides, however, remain divided on thorny issues such as Beijing’s industrial policies and market access.

Both Brussels and Beijing are committed to reforming the Appellate Body, a standing group of seven people that hears appeals from reports issued by panels in disputes brought on by WTO members. The Appellate Body is central for the very survival of the WTO’s dispute settlement mechanism. It is currently facing one of its most acute crises, due to US blocking the appointment of Appellate Body members whose terms has expired.15

China wants to uphold the WTO’s dispute settlement system, in which it has been able to defend its interests against third countries, not least the EU and the US. For the EU, the reform of the WTO would guarantee the survival of the international trading system, currently under attack from the Trump administration.

Going forward, the EU should make the most of the opportunity provided by the renewal of institutional leadership in Brussels and prepare a comprehensive strategy to address the ongoing US-China trade war, seeking to mitigate its most adverse effects on European interests and the broader international rules based order.

For this reason, the EU should keep equidistance vis-à-vis growing US-China rivalry, but at the same time, and depending on the issue, align temporarily with either one or the other so as to defend the norms and principles on which the liberal international order, including the multilateral trading system, rests.