The S-400 Deal: Russia Drives another Wedge between Turkey and its NATO Allies

By Gallia Lindenstrauss and Zvi Magen 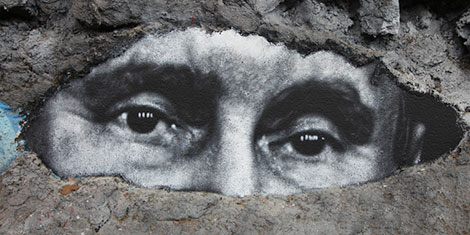 The statement by Turkish President Recep Tayyip Erdogan on September 10, 2017 that Ankara had made an advance payment to Russia for the purchase of two S-400 air defense batteries, combined with Russia’s confirmation of this report, constitutes a significant development that adds to the question marks about Turkey’s future in NATO. This development also strengthens Russia’s standing in the Middle East, because it is another expression of the rapprochement between Moscow and Ankara. The fact that the initial payment on the transaction was announced by the Turkish President himself will make it difficult for Ankara to back out of the deal, although such a scenario cannot be completely ruled out. Turkey has no air defenses of its own of this type, and when it needed them (in both Gulf Wars and the civil war in Syria), other NATO members stationed Patriot batteries in Turkish territory. Turkey’s desire to acquire and operate such systems independently has become stronger over the past decade, and the deal with Russia, if it materializes, is another step toward realization of this goal.

Over the years, Turkish officials charged that it took NATO members too long to station Patriot batteries in Turkish territory. It was also asserted that the restrictions relating to the stationing of these batteries constituted a problem for Turkey. Furthermore, the decision to acquire these systems from Russia reflects Ankara’s growing desire to promote an independent foreign policy and develop a security mechanism that will be more substantial than what is currently at its disposal, and will also be based on advanced independent production capabilities. Neither Russia nor Turkey has provided particulars about sharing know-how in the context of the deal. Nevertheless, in the past, when the Turks issued a tender for the acquisition of air defense systems (subsequently canceled under American pressure), the question of sharing know-how was critical for Turkey. The value of the current transaction is approximately $2.5 billion – less than the $4 billion allocated by Turkey in the 2013 tender. A Chinese government company won the tender with a lower bid than this price at the time, but the United States pressured Ankara not to go through with the negotiations with China. The smaller price for the current transaction likely reflects Turkey’s desire to attain the ability to produce the next systems of this type by itself, although this requires sharing know-how.

For Russia, beyond its ongoing interest in exploiting opportunities to promote its weapons exports, and its gains in prestige and money from having a NATO member buy systems of this type from it, there are additional motives pertaining to this deal. The most important is the ability to drive a wedge into NATO’s ranks in order to destabilize it, with the specific aim of exacerbating the rift between Turkey and the US. Indeed, the measure can be categorized as a typical Russian maneuver, familiar from the past, of taking advantage of the supply of weapons as a lever for promoting goals in the international theater. This trend is also clear in the framework of Russian efforts to growing closer to other countries in the Middle East and Africa, as recently expressed in the plan to sell S-400 systems to Saudi Arabia.

In contrast to the pressure exerted on Turkey by the United States regarding the said transaction with China, American criticism of Ankara was less effective. The United States responded late and weakly to the emerging deal. In response to Erdogan’s statement, the State Department spokeswoman merely said that if the deal went through, it would contravene a commitment made by NATO members at the 2016 Warsaw summit. The American response likely reflects the attitude that the purchase of such systems from China raises a red flag, while the purchase from Russia is perceived less of a threat. Furthermore, the contacts with Russia were perceived in the United States and Europe as a Turkish attempt to improve its bargaining capability in the negotiations with suppliers of similar systems in the West, and doubts were raised about whether these contacts would result in a deal. Still, tensions are high between Turkey and the United States.  On October 8, 2017 the United States temporarily suspended issuing visas other than for immigration purposes at its diplomatic missions in Turkey in response to the arrest of local consulate employees on suspicion of cooperation with the Gulen movement, which the Turkish authorities portray as behind the unsuccessful coup attempt in July 2016. Turkey responded by suspending issuing visas to Americans, resulting in one of the worst crises in the history of relations between the two countries.

Erdogan responded to the American criticism of the deal with Russia by saying, “They have gone crazy because we made a deal for the S-400s…What do you expect? Should we wait for you? We take care of ourselves in every security point.” Ankara also gave two main explanations why the transaction with Russia differed from the deal with the Chinese. One was that Turkey had no intention of integrating the Russian-made systems with NATO systems, and there was consequently no reason to fear the emergence of a Trojan horse. The second was that there were precedents for the presence of Russian air systems among NATO members: Greece has S-300 systems and Slovakia has had such a system from the time it was a member of the Warsaw Pact. These arguments, however, are questionable for several reasons. First, if the Russian system operates without being integrated with the radar systems of NATO or Russia, the question arises whether it is a wise acquisition by Turkey, and if not, why is Turkey investing such a large sum in an acquisition without taking full advantage of its potential. Furthermore, the acquisition of an advanced system of this type from Russia requires ongoing cooperation between the countries, and is therefore liable to continue to arouse concern among Turkey’s NATO partners about information leaks on various levels. Greece’s possession of an S-300 air defense system is the result of the 1997-1998 crisis, when the Republic of Cyprus, which is not a NATO member, acquired this system from the Soviet Union. Turkey declared a red line, however, and under the ensuing compromise, the system was placed in Crete. Note that over the years, NATO members and other countries have used these systems in Crete and Slovakia in maneuvers, so that their placement was also disadvantageous for Russia. This disadvantage is likely to explain reports in the Russian press that Turkey will not be given independent codes to operate the batteries. If this report proves is correct, it may call into question the implementation of the transaction.

Relations between Turkey and Russia have long been complex. The two countries have different and even contradictory views on a variety of important geopolitical issues, both in the former Soviet Union, including Ukraine, and in the Middle East. Even in Syria, where the positions of Ankara and Moscow have recently become closer, there is still room for much dispute. Expressions of this can be found in Russia’s support for the Kurds in Syria and the recent statement by Syrian Minister of Foreign Affairs Walid al-Muallem that Damascus was open to discussions about autonomy for the Kurds within the borders of Syria – Russia’s influence can be assumed here. Moscow has identified Turkey’s weak points, primarily in the context of the war in Syria and the Kurdish question, and has used it to increase its leverage over Ankara. Russia is taking good advantage of Turkey’s historic suspicions toward the West, especially the aggravation of these feelings following the unsuccessful coup attempt in the country. Even before these developments, Russia was Turkey’s main supplier of natural gas. At the same time, Turkey has a significant interest in upgrading its complicated relations with Russia and in participating in arrangements in Syria, together with Russia, in order not to abandon the theater to rival players. A number of important joint projects, including the gas pipeline laid between Russia and Turkey – “the Turkish Stream;” the first nuclear power plant in Turkey, which Rusatom, a Russian government company, is building and will operate; and the S-400 acquisition, are expanding the ties between the two countries.

The Turkish-Russian rapprochement does not by itself reduce the leverage available to the West in its relations with Turkey, above all the defense relations in the context of NATO and the extensive trade between Turkey and the European Union. Given the results of the unsuccessful coup attempt and the arrest of many Turkish pilots, Turkey urgently needs American aid in training F-16 pilots; it is also scheduled to be among those acquiring the F-35 in the future. While many believe that Turkey will remain a NATO member for the foreseeable future, they note at the same time that Turkey is a problematic member of the alliance that is already suffering from quite a few internal tensions. The Russian-Turkish rapprochement, which was also reflected in the visit to Ankara by Russian President Vladimir Putin on September 28, complicates Turkey’s role and makes it a less predictable player than in the past with respect to a potential direct confrontation between Russia and NATO. The S-400 deal should be considered in both the context of Turkish weakness requiring a response and in the broader context of Turkey’s relations with the West. In any case, it appears that the transaction, especially if it is implemented, is a catalyst for thinking about how Turkey’s relations with the West can be improved, or at least how the deterioration in these relations can be arrested.

Gallia Lindenstrauss is a Research Fellow at The Institute for National Security Studies (INSS).

Zvi Magen is a Senior Research Fellow at INSS.